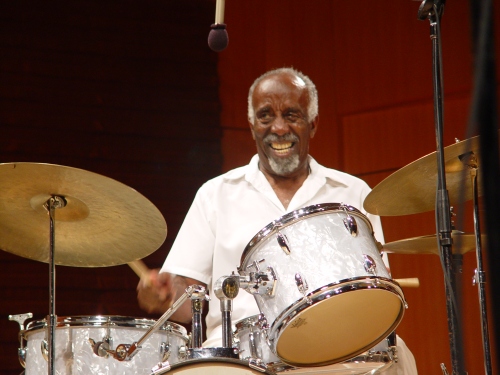 Please Join the Family and Friends of Eddie Locke

in a Celebration of his Life

and I’m sure there will be others,  But don’t be late — Saint Peter’s isn’t big enough to hold all the people who admired Eddie, who rocked to his beat on and off the bandstand.