FRIENDS OF LEO: FROM THE McCONVILLE ARCHIVES (Part Four)

Because trumpeter Leo McConville was a valued member of top radio orchestras, he had friends who came from that world as well as jazz musicians.  Here are four examples — and for those who might suffer momentary hot-music withdrawal pangs, two band pictures and one familiar face at the end of this post.

Here are three child stars who appeared on the same program — hosted by Milton Cross, and called COAST-TO-COAST ON A BUS, THE CHILDREN’S HOUR, and THE WHITE RABBIT LINE (which “jumps anywhere, anytime!”).  Singer Audrey Egan is the least known of the three, and I don’t know whether she continued in show business as an adult:

Jackie Kelk (1923-2002) appeared with Audrey on the same radio program, but he is much more famous because he played “Jimmy Olsen” for seven years on the radio version of SUPERMAN before moving into television:

I had a vague recognition of Kelk, but a clearer awareness of “Walter C. Tetley,” also known without the C.  He is the most famous of the three, playing “Leroy” on the radio series THE GREAT GILDERSLEEVE — someone who retained his childlike voice into adulthood (he can be heard on recordings by Stan Freberg):

The attractive Olga “Gypsy” Markoff (born 1917) revealed herself after a few minutes of online searching — as an accordionist who played the classics for FDR and other heads of state:

For the sake of comparison, here is the Getty Images photograph of the same woman:

Finally (as promised) here are two bands.  I know nothing of the first, except that the drummer’s set has initials — his or the leader’s? — and that the set itself is a beauty: 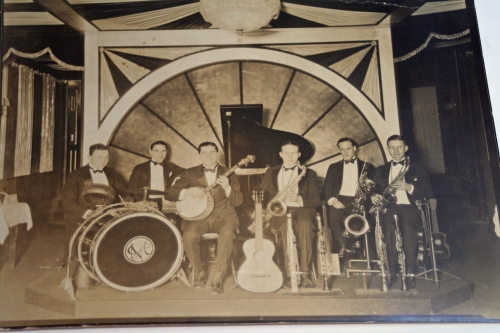 And Leo himself is visible in the second photograph, although I don’t recognize his colleagues:

And a familiar face and colleague: 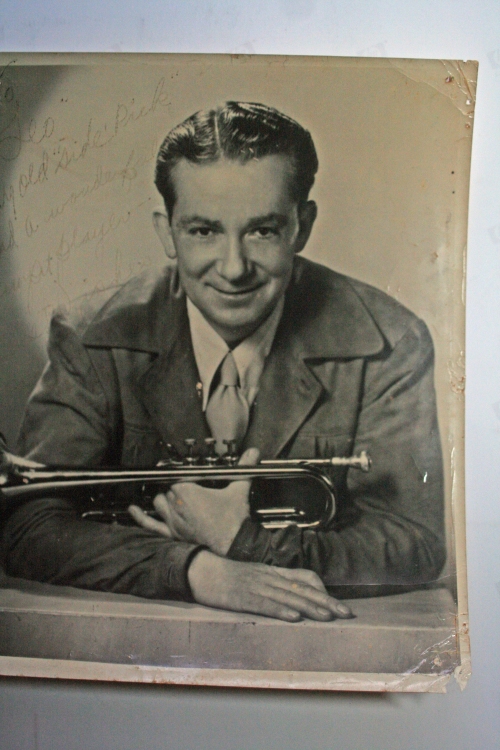 Posted in "Thanks A Million", Irreplaceable, It's A Mystery, Jazz Titans, Pay Attention!, Swing You Cats!, The Heroes Among Us, The Real Thing, The Things We Love

In my Jazz Youth, I brought along a cassette recorder (or even a reel-to-reel machine) to live jazz events whenever it was possible.

Occasionally even I knew that recording wouldn’t be allowed, and I also fancied myself a young Charles Peterson (without knowing his work as well as I do not).  Of course, I was never that good a photographer.

But here are five photographs from a Long Island concert sponsored by the International Art of Jazz (held at the Ethical Culture Society in Garden City, New York) on December 7, 1980.

They capture a happy and nattily-dressed Ruby Braff leading a quartet of Derek Smith, piano; George Duvivier, bass; Bobby Rosengarden, drums.  And the music was delightful. 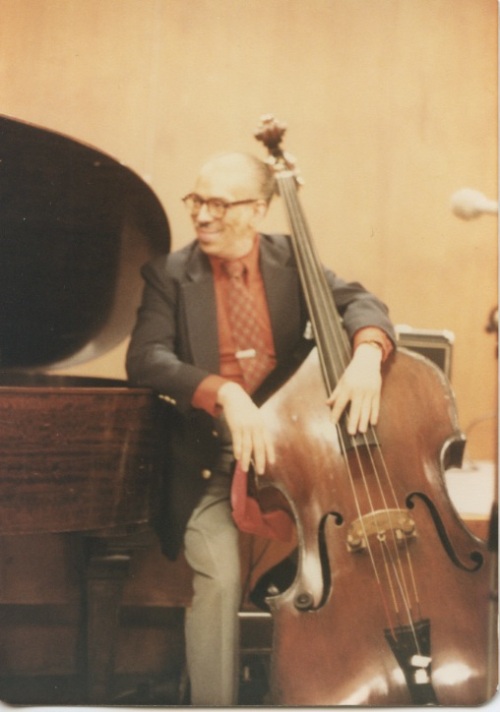 Everyone who ever heard George Duvivier misses him. 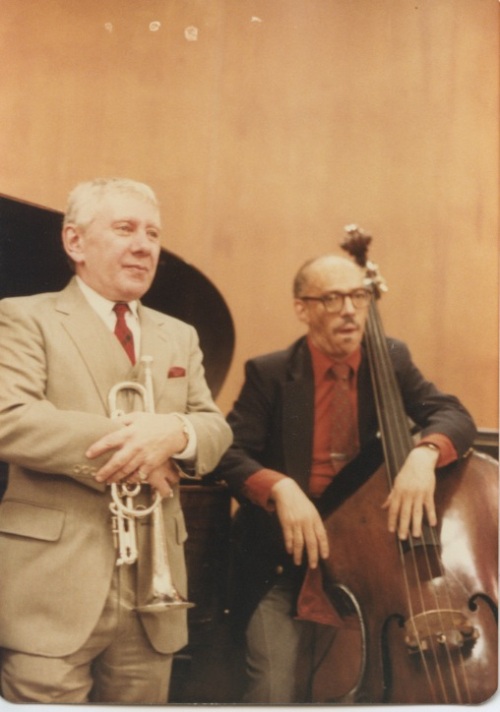 I have no idea what the gentlemen of the quartet were waiting for: Ruby looks unusually serene; George’s expression suggests an uneasy pause or some deep cogitation. 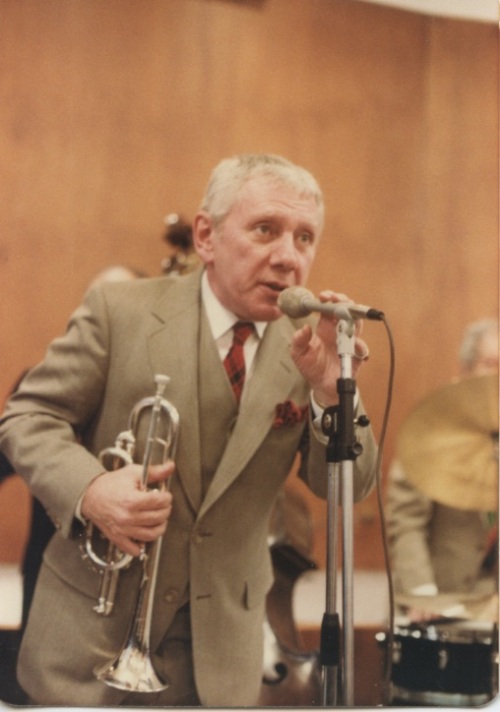 This may be the lead-in to one of Ruby’s set-pieces, perhaps his puzzlement about why the Gershwin brothers never called him to say, “Thanks for playing our songs.”  He loved to engage the audience in between songs.

“Uncle Ruby, tell us a story!” 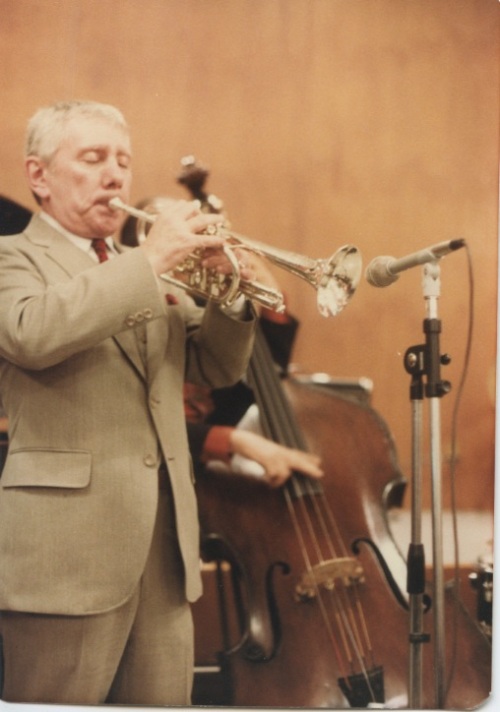 I can hear the sound of that cornet now.  Can’t you?

JAZZ LIVES thanks Tom Hustad for his generous stewardship and Rusholme Photographic Services for its technical assistance.