LEO AND FRIENDS: MORE FROM THE McCONVILLE ARCHIVES (Part Seven)

Here’s the subject of our inquiry himself — inscribing a portrait to . . . . Hadley?  Hadey (as in “Hayden”?).  No reasonable suggestion refused: 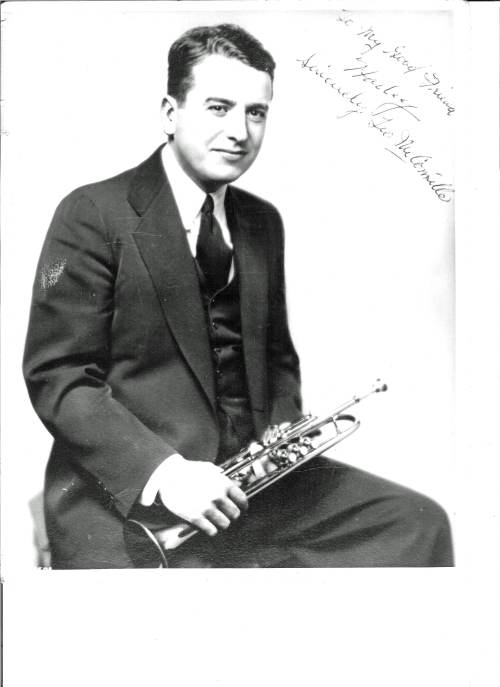 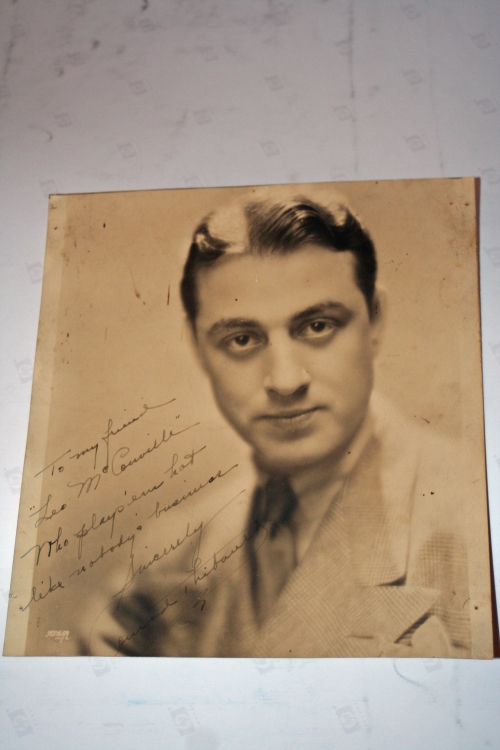 That man might be unfamiliar to most people (Rob Rothberg recognized him immediately) but he was exceedingly popular on radio from the Thirties onward — the classically trained baritone (1903-1987).

You can hear Thibault (from a fascinating site called “Grandpa’s iPod”) as he sounded in July 1943 on a radio program, THE AMERICAN MELODY HOUR:

The best part of the photograph above, aside from the soft focus so characteristic of portraits of the time, and the sharp suit, is the inscription: even though Thiebault was hardly a jazz singer, he knew HOT when he heard it in Leo’s playing!

Don Voorhees (1903-89) is more well-known because of his dance / hot dance recordings of the Twenties, his radio work of the following decades, and his work with THE BELL TELEPHONE HOUR.  I presume that Leo could be heard on some of the Twenties recordings, and this photograph is especially interesting to me because it suggests that everyone in the music business who knew Leo knew that he yearned to leave it (perhaps when he’d made enough money to be comfortable) and start his own chicken farm.  Voorhees teases him about that rural dream on a portrait that is almost unnervingly intense: 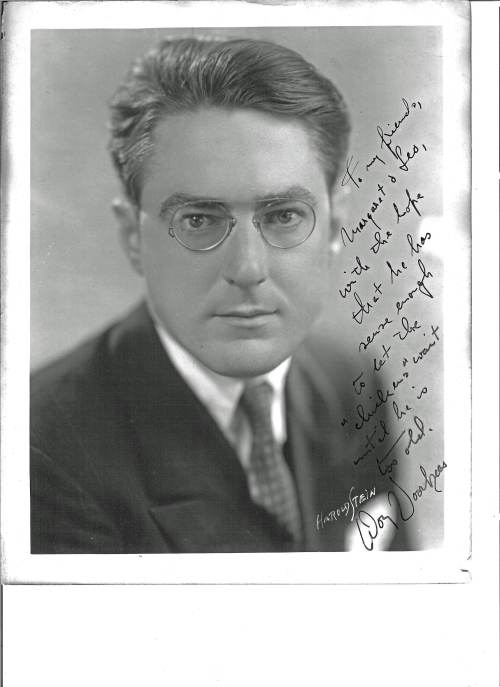 Finally, there’s Harry Glantz — the memorable first-chair symphonic trumpeter who was chosen by Arturo Toscanini.  A delightful biographical sketch of Glantz (1896-1982) can be found here: 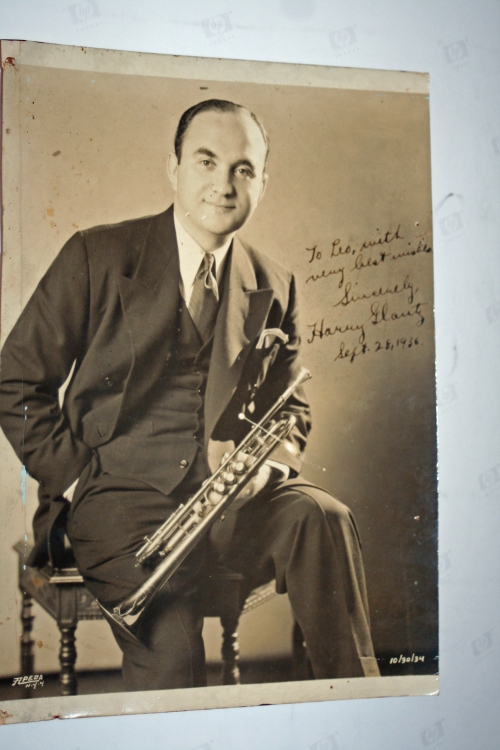 I didn’t know much about Mister Glantz before this, although I recognized the name — but have to conclude with this puckish anecdote, recalled by one of his students, Joe Alessi, Sr.:

And Chris Griffin remembered Harry in a 2005 ALL ABOUT JAZZ interview:  “Probably the greatest first trumpet player the New York Philharmonic ever had was a guy named Harry Glantz,” said Griffin with a smile.  “He was a friend of Benny’s.  He came in to hear the Benny Goodman band in the Paramount Theater.  He got Benny’s ear afterwards and he said, ‘What the hell do you feed those trumpet players?  Raw meat?'”

They all knew and respected Leo McConville, Sr.!

2 responses to “LEO AND FRIENDS: MORE FROM THE McCONVILLE ARCHIVES (Part Seven)”