I’ve long since been too impatient to sit in a classroom . . . call it a restless spirit or attention-deficit disorder.  But there are a few Professors I know I can always learn from.  One of them is James Dapogny, that barrelhouse / lyrical pianist, who shows us new ways in and out of the music — always lighting the way to pleasure without a hint of scholarly tedium.  Professor Dapogny is Emeritus from the University of Michigan at Ann Arbor, so the only lessons I’ve gotten from him since 2004 have taken place in informal hot seminars held at the Jazz at Chautauqua party.

I know that to some readers of JAZZ LIVES, what is coming up might provoke a barely muffled sigh.  “Is that fellow telling us AGAIN that there’s something to buy, somewhere to go, someone to hear?  Doesn’t Michael know that the enterprises he urges us towards cost money, take time and effort.”

Yes, I know.  And I wouldn’t suggest that you water the children’s milk or pay the credit card bill late.  But the concert that is coming up on November 16, 2012, by James Dapogny and his East Coast Chicagoans will be special.  If you buy a ticket online (see details here: DAPOGNY) it is $21.69.  I don’t think that’s an intimidating sum.  But, of course, the concert is held in Silver Spring, Maryland — which is out of reach for many people reading this post.  All I can tell you is that I admire the Professor’s deep feeling for the music that I am willing to drive a nine-hour roundtrip to get there . . . rather than say to myself in five or ten years, “It was inconvenient but I wish I had gone.”

Enough hocking, as my people say.  The concert is on a Friday; it begins at 7:30 and the site is the Calvary Evangelical Lutheran Church, 9545 Georgia Avenue, Silver Spring, MD 20910.

I’ve bought my ticket.  Come join me!  And there’s no final exam: Professor Dapogny wants to elate us, not force us into little wooden desks.  And he’s got phenomenal ratings on that wicked Rate My Professor.  See for yourself.

Posted in "Thanks A Million", Bliss!, Generosities, Hotter Than That, Ideal Places, Irreplaceable, It's A Mystery, Pay Attention!, Swing You Cats!, The Heroes Among Us, The Real Thing, The Things We Love, Wow!

The cheerfully flexible gypsy-jazz organization known as GAUCHO celebrated its tenth anniversary at Amnesia (853 Valencia Street, San Francisco:  amnesia) on August 29, 2012.  Traditionally a tenth anniversary is celebrated with gifts of tin or aluminum . . . I hope that the tip basket brimming with bills stood in successfully for “tin.”  But the crowd at Amnesia gave GAUCHO and Tamar Korn an even better present — a warm reception.

And the videos that follow prove how deeply GAUCHO and Tamar were welcomed in San Francisco.  Occasionally the warmth proved physically exuberant: I and my tripod and camera were in fairly constant danger of being treated like Dorothy Gale by some positively athletic dancing couples.  But everyone survived.

For this celebration, GAUCHO consisted of leader – guitarist – composer Dave Ricketts and the eminent swing guitarist Michael Groh in tandem, with the vigorous reedman Ralph Carney, the wily Rob Reich on accordion and piano, the ingenious Ari Munkres on string bass.

They began the evening with an energized I’LL SEE YOU IN MY DREAMS:

Then one of Dave’s compositions that has reached a larger audience through the cinema, DOUBLE BARREL:

BACK HOME AGAIN IN INDIANA was anything but wistful Midwestern nostalgia:

Then Tamar joined them for the cautionary yet swinging COMES LOVE:

She followed with a romping DINAH:

And harking back to what I perceive as her roots, Berlin’s RUSSIAN LULLABY: 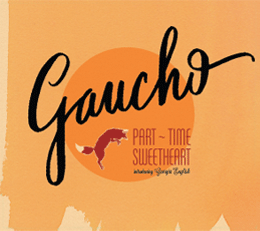 Posted in "Thanks A Million", Hotter Than That, Swing You Cats!, That Was Fun!, The Heroes Among Us, The Real Thing, The Things We Love