I’ve been thinking about Connie (or Connee) Boswell for the last few days.   This was one wonderful provocation, found on eBay.

I wasn’t around in the era when a pretty girl would come up to my / our table in a night club, take a flash picture of us, and return with copies — a great momento of an evening out.  But here’s a piece of paper that evokes that experience:

LOOK PLEASANT PLEASE! is always good advice, but this charming souvenir of days gone by has an even more important flip side:

Yes, Connie Bowell in 1942.  It would be impossible to look anything but pleasant if she were on the scene.

But my thoughts wandered to the larger question.  The Boswell Sisters were the most hip singing group on the planet — with deference to the Mills Brothers, the Ink Spots, the Andrews Sisters, and a long line of male and female singers, as inventive as they are.  But they aren’t as well-known as they should be.  In their time, they were admired and respected by the most innovative musicians in the business, including Bing Crosby and the Dorsey Brothers.  But the Sisters didn’t stay in the limelight for decades (they would have been astonishing on television every Sunday night).  Musically, they also present a paradox.  The casual listener, only mildly attentive, can say, “Oh, that’s another vocal group with a nice beat.”  But I think that the recordings and performances the Sisters left for us are so rich with information, with textures, that listeners find themselves overwhelmed: the music is too dense to be properly ingested as a pleasant background.

That performance swings as hard as anything recorded up to 1932: I would put it head-to-head with the Bennie Moten band or anything else you’d like to name.  Of course, the Sisters had several other things that made them less well-regarded than they might be.  They weren’t tragic; they were Caucasian; they were popular; they were women.

Connie Boswell went on to great success in the decades after the Sisters (Helvetia, “Vet,” and Martha) decided to retire from performing in 1936.  But she, too, suffered from the curse of being apparently stable and popular.  There was a more famous singer — her name was Ella Fitzgerald — who said she owed everything to Connee.  And Ella said it over and over to anyone who would listen.

Connie was one of the most soulful singers ever.  Her opening choruses are masterpieces of deep feeling and respect for the memory; her voice a thrill.  Her second choruses show what a superb improviser she was . . . straight from New Orleans but with her own deep swinging identity.

I don’t want to suggest that Connie, Vet, and Martha “suffered” — but I think in a society that didn’t insist its women singers be beddable, a world that didn’t see race or gender but just heard the music, they would be heroic figures today.  They had SOUL.

Posted in "Thanks A Million", Awful Sad, Bliss!, Generosities, Hotter Than That, Irreplaceable, It's A Mystery, Jazz Titans, Pay Attention!, Swing You Cats!, The Heroes Among Us, The Real Thing, The Things We Love

I know some people think birthday celebrations are silly.  The cake isn’t good for us; HAPPY BIRTHDAY is only eight bars long and most musicians feel trapped when it’s requested.  And some of us feel, “Gee, I’m too old for a paper hat and . . . where will they put all those candles?”

But I think that birthdays are a good thing.  The Beloved had one recently, and it was very sweet.  And — after all — isn’t it just our way of saying, “We are SO glad you are here?”  Who could argue with those sentiments? 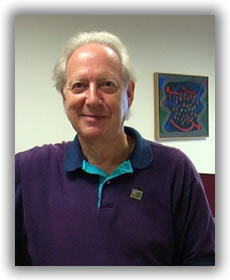 So I want to let everyone know that this coming Wednesday, David Ostwald and the Louis Armstrong Centennial Band will be celebrating Dan Morgenstern’s eighty-third birthday in the best way . . . by playing hot jazz for him at Birdland from 5:30 to 7:15 PM.

The participants?  Bria Skonberg, trumpet (and no doubt vocals); Dan Block, clarinet and alto sax; Jim Fryer, trombone (ditto the above); James Chirillo, banjo; David Ostwald, tuba and commentary; Marion Felder, drums.  And I’ll bet a blue-label sunburst Decca of THANKS A MILLION that there will be other musicians in the house who want to make their love for Dan public and resonant.

If you have to ask who Dan Morgenstern is, I don’t think you’ve been taking careful notes: scholar, lover of all sorts of good music, archivist, writer . . . and friend of the best.  His liner notes educated so many of us and pointed us in the right directions, and he keeps on keeping on.

I can’t be there (I will be at Kennedy Airport, boarding the plane to Newcastle, UK, for the Whitley Bay Classic Jazz Party — Marcia Salter will stand in for me!) but perhaps one or two of my readers could come up to Dan and say, “JAZZ LIVES sent me.”  That would be a great treat.  (Or, if you don’t like that one, just tell him, “I found out about Hot Lips Page because of you.”)

And — what’s a birthday without a present?  Spare Dan the socks or the cufflinks.  Just send him our love.  And this:

Posted in "Thanks A Million", Bliss!, Generosities, Ideal Places, Irreplaceable, Jazz Titans, Pay Attention!, Swing You Cats!, The Heroes Among Us, The Real Thing, The Things We Love, Wow!

NEWS FLASH! LOUIS ARMSTRONG and THE FINITE NATURE OF THINGS . . . 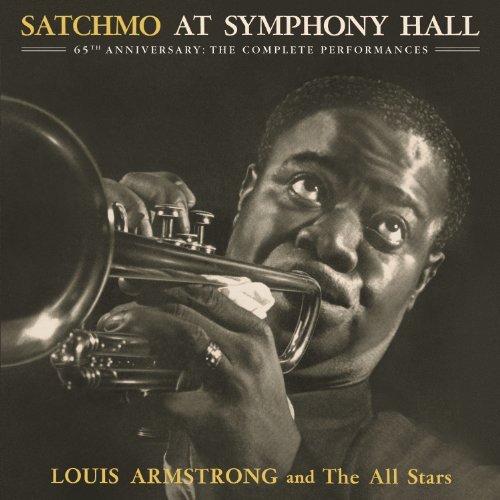 The new, complete two-disc edition of SATCHMO AT SYMPHONY HALL: 65th ANNIVERSARY — THE COMPLETE PERFORMANCE is a limited edition of 3000 copies.

I didn’t know about the “limited edition” part of that sentence until a day ago, so I am encouraging JAZZ LIVES readers to act promptly rather than to lament that the edition is all sold out.  You can purchase it here — if you live in the New York area, you can visit the Louis Armstrong House Museum in Corona, Queens, which has its very own stash.

What does “the complete performance” mean?  THIRTY MINUTES OF NEW MATERIAL . . . .

I’ll let Ricky Riccardi, Louis scholar and the Archivist for the LAHM, explain:

The original 1951 2-LP Decca set had the majority of the music, but there were some edits, including four complete performances, all the themes, Louis’s announcements and some solos (Dick Cary’s on “Royal Garden Blues” and some extra noodling by Barney Bigard at the end of “Tea for Two”). When Orrin Keepnews finally put it on on CD in the 90s, he made the choice to strike three tunes (“I Cried for You,” “That’s My Desire” and “How High the Moon”) AND he completely shuffled the original order of performances.   I’m the Archivist for the Louis Armstrong House Museum and last year, we learned that the Swedish Armstrong collector Gosta Hagglof donated every scrap of his Armstrong collection to the Museum. It arrived last summer.

The first thing I looked for was “Symphony Hall” because Gosta told me in 2007 he was working on a complete edition. And sure enough, I found a disc…and another…and another…and another.  All in all, I found about 30 individual CDs with Gosta’s Symphony Hall work.  He somehow had access to the original acetates and made multiple CD copies of those and then he made extra copies with pitch correction, skips edited out, noise reduction, etc.

Last October I contacted Harry Weinger at Universal and he came out to our Archives to listen to it. He flipped and we’ve been off and running since.  It’s a 2-CD set on the Hip-O Select label, with the original liner notes by Ernie Anderson and new liner notes by yours truly.  The concert will be sequenced in the original order, starting with the band tuning up. All of the announcements will be heard for the first time, in addition to the themes.  And there will be complete versions of “Back O’Town Blues,” “St. James Infirmary,” “Velma’s Blues” and “Jack Armstrong Blues.”

They’re all fantastic.  I can only assume “Back O’Town,” “St. James” and “Jack Armstrong” were not on the original LP because Victor had just released versions.  And even “Velma’s Blues” is a knockout, as it’s almost 7 minutes long with a long interlude where Velma danced and the All Stars just played the blues (Sid Catlett catches her every move).

I’m a biased Armstrong nut who has always loved this concert, of course, but trust me, hearing it complete, in the original order, with the announcements, the new tunes, everything, is a really, really special experience.

For some listeners, this won’t in itself be enough.  I understand that in the linguistic battle between “fixed income” and “limited edition,” the first phrase wins.

But I urge you to consider purchasing this set if you can for a few reasons.  One is the precious experience of going back in time . . . settling into a chair in your living room and being able to sink into a plush velvet seat at Symphony Hall in 1947 while Louis Armstrong and what I think of as the best small band he ever had play for you.  That, in its own way, is far more important than simply being able to hear a new Dick Cary solo.

I first heard this concert (in its edited form) more than forty years ago and I can attest that it is life-changing music.

Secondly, there is the matter of the responsive audience as a motivating force. In blunt words, why do companies like Universal issue Louis Armstrong discs and packages?  Some of it is the spiritual love that people like Harry Weinger have for the music: something I do not doubt.  But if record companies see that their products sell, they create more . . . so that buying SASH is your way — the only effective way — of saying, “Please, sir, we want some more!”

But make sure you leave enough in the Jazz Piggy Bank for a copy of the Grand Street Stompers’ CHRISTMAS STOMP.  I’ve heard that and it is wonderful.  More to say about that one soon . . .

Posted in "Thanks A Million", Bliss!, Generosities, Hotter Than That, Ideal Places, Irreplaceable, Jazz Titans, Pay Attention!, Swing You Cats!, The Heroes Among Us, The Real Thing, The Things We Love