Big Sid to you. 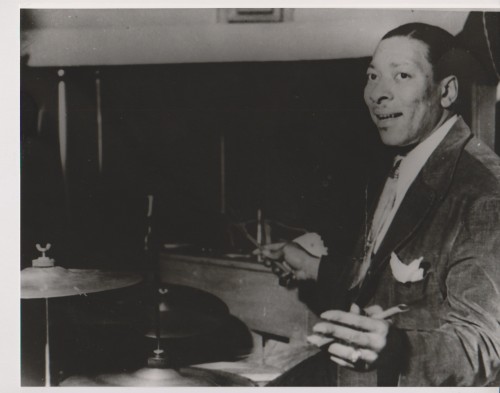 The eBay seller  says that the photograph came from the Burt Goldblatt collection.  Goldblatt (1924-2006), whom we all know from album covers and famous photographs, was born in Dorchester, Massachusetts — so I am guessing that this photograph of Sidney (late in his short life) might have been taken in a Boston club — Sidney worked in that city in 1950, after leaving the Louis Armstrong All-Stars due to heart disease.

Perhaps this could be the soundtrack to this photograph:

Every little breeze — if it’s a rhythmic one — whispers “Sidney!”

Posted in "Thanks A Million", Bliss!, Generosities, Hotter Than That, Irreplaceable, Jazz Titans, Pay Attention!, Swing You Cats!, That Was Fun!, The Real Thing, The Things We Love