Artifacts and relics and remembrances! 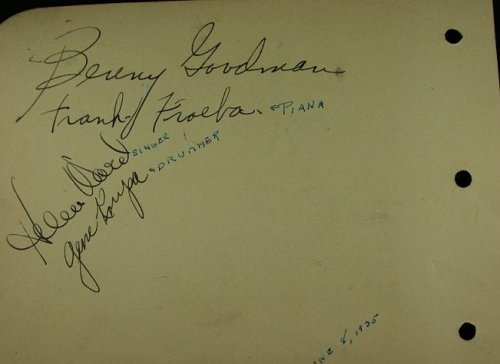 For a newspaper story, Miss Lee Wiley in 1933, billed as “Indian radio singer.”

The other side of the news story: “Just as I finally learned how to knit.” 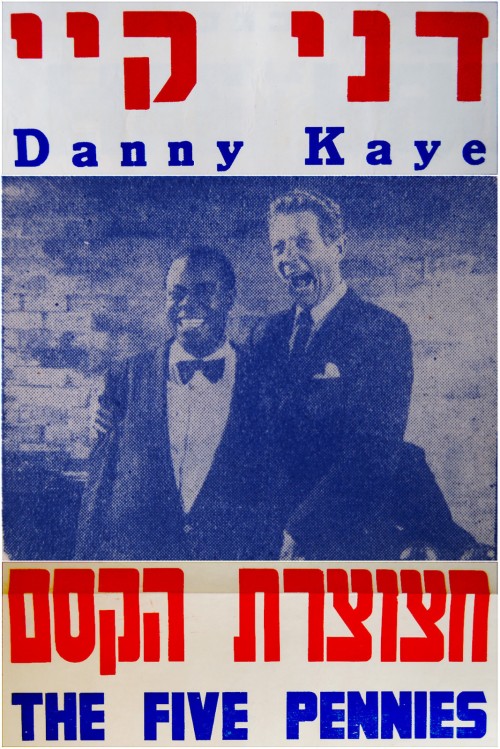 From Facebook, thanks to Stephen Hester: someone made a pilgrimage!  Cutty Cutshall, Freddie Ohms, Walter Page, Wild Bill Davison, Edmond Hall, and the Master himself.  “Good luck” for sure.  And “Best regards.”

Posted in "Thanks A Million", Irreplaceable, Jazz Titans, Swing You Cats!, The Real Thing, The Things We Love, Wow!

Soft-spoken jazz drummer Pete Siers is a wonder behind his kit, a player whose work should be known by many more people.

I’ve been entirely impressed by his playing every year I’ve attended Jazz at Chautauqua: light yet forceful, tasty yet explosive when needed.  Pete listens and responds in the most heartening ways, and he makes soloists and ensembles soar with subtle, sonically varied playing.  When he’s given a chorus or two on his own, his solos have shape and flavor.

His new CD, KRUPA, is a tribute to the master in a trio format — with clarinetist Dave Bennett and pianist Tad Weed, evoking not only the Goodman trio of the Thirties and onward, but Gene’s small groups with Teddy Napoleon and Charlie Ventura into the Fifties. 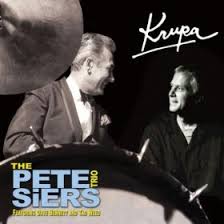 From the first notes of a racing WIRE BRUSH STOMP to the closing of a poignant ST. LOUIS BLUES (taken in a groovy ballad tempo to start and then double-and-triple-timed) this disc is a loving tribute not only to Gene but to the groups he lifted up.

Krupa himself, as he recedes into the past, is known yet underrated: perhaps modern percussionists and devotees of the idiom categorize him as the man who brought attention to the drummer, as a sweat-soaked man driving a big band — but he apparently has been relegated to History as rhythmically ancient, unsophisticated. This CD could do a good deal to remind listeners that Gene (and Pete) were and are stylistically varied although rooted in solid swing.

Clarinetist Dave Bennett has steadily displayed a dazzling mastery of his instrument in the idiom and beyond, and Tad Weed’s piano playing is technically marvelous and emotionally convincing.  These three men throw blazing curveballs at the listener, but even at the fastest tempo, nothing is sacrificed: every note is crystalline, and the interplay is remarkable.  Should any listener be a little wary of a drummer-led session, Pete is a gracious leader, concerned with the ensemble possibilities of this trio, so the CD is not one long loud percussive explosion after another.

Through the magic of Photoshop, and through the generosity of the great jazz scholar and photographer Duncan Schiedt, the cover has an older Krupa smiling appreciatively at Pete, something that I can easily imagine happening had the Master heard Pete play.

It’s far in the future, but Pete’s trio will be having a CD release concert on September 27 at the Kerrytown Concert Hall in Ann Arbor, Michigan (a beautiful intimate performance space).  Details here.  To learn more about Pete and see / hear more music, visit here.

Posted in "Thanks A Million", Hotter Than That, Jazz Titans, Pay Attention!, Swing You Cats!, That Was Fun!, The Heroes Among Us, The Real Thing, The Things We Love