Mister Berigan, if you please.  “The Miracle Man of Swing.” With neat handwriting, too.  The photograph went for $178.00 on eBay today.  (I wasn’t bidding.)  But you can admire it here for a small fraction of that sum. 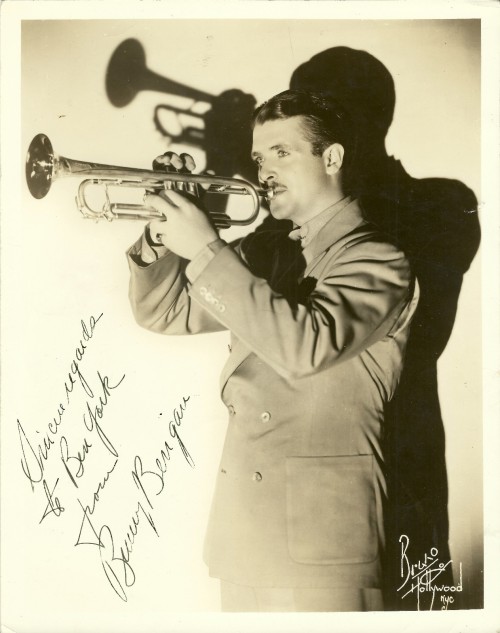