I ASKED THE TRANSLATOR, AND SHE SAID, “IT MEANS THAT YOU’RE GRAND”

I could say, “Bella, bella,” or even “Wunderbar,” but I’ll leave those encomia to you.  We owe the record of this exalted phenomenon to our own Laura Beth Wyman — whose YouTube channel you might choose to subscribe to, so you don’t miss a swinging four-bar phrase.

Posted in "Thanks A Million", Bliss!, Generosities, Ideal Places, Jazz Titans, Pay Attention!, Swing You Cats!, That Was Fun!, The Heroes Among Us, The Real Thing, The Things We Love 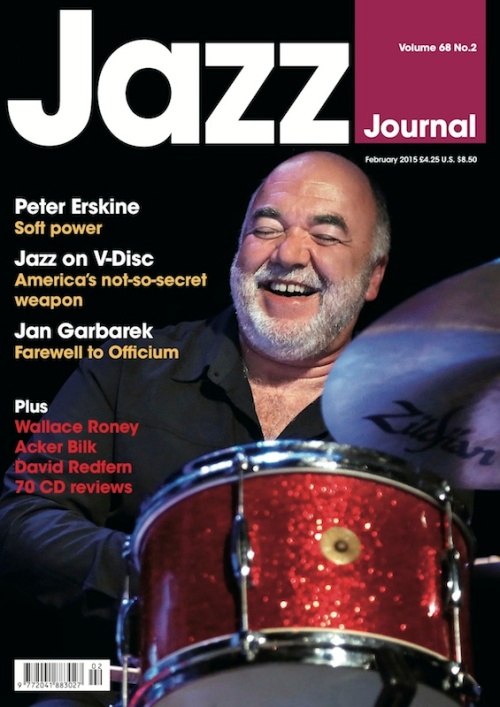 My dear friend Patti Durham* sent me a copy of two pages from the February issue of JAZZ JOURNAL  — Dave Gelly’s monthly column, “On The Other Hand,” which would have been fine reading matter any time.  I didn’t expect this bouquet, which I reprint with deep gratitude:

Looking out for the reviews, after publishing a book or having a record released, was always a moderately nail-biting business, but at least one knew more or less where to look.  Nowadays, with websites, blogs and so forth, comment comes whizzing in from all directions and without watchful friends to tip you the wink you might miss it altogether.  One such friend of mine is Peter Vacher, who fielded a substantial review of my recent book, An Unholy Row, from a more than substantial website called Jazz Lives (“lives” being used as both noun and verb).

It is the work of Michael Steinman, who is Professor of English at Nassau Community College, Garden City, NY, although how he contrives to make time for that I can’t imagine.  Not only does his website carry reviews and opinion pieces, it comes up with an endless stream of live video recordings from clubs, parties, festivals etc. uploaded every day or so.  There are now around four thousand in his archive.  I have only been able to view a small sample of them, but they’re technically OK and most of them are musically excellent.  They also reflect the tastes of the author/editor/producer himself, which are well summed up in his list of heroes — among them Bobby Hackett, Vic Dickenson, Eddie Condon, Pee Wee Russell, Lester Young…  You get the picture.  Furthermore, they reveal a whole world of small-scale, local activity in the swing-mainstream style whose existence you would never suspect from reading the usual magazines.

There is an atmosphere about Jazz Lives, a literate, clubbable air of genuine dedication.  Each posting signs off with the motto: “May your happiness increase.” Mine certainly did when I read Michael Steinman’s glowing review of my book, which proves he’s the right man for the job! Not only that, he also sent for a copy of my previous one, Being Prez, thereby setting a good example for one and all.

Give the site a try: jazzlives.wordpress.com or email Michael at swingyoucats@gmail.com for more information.

To say I am delighted would be inadequate: not only because of the praise, not only for possibly bringing this site to more people who would enjoy it, but because honest gratitude, publicly expressed, is not always easy to find. Blessings on Dave, and Patti, too.

Three postscripts: *Patti doesn’t play an instrument but she certainly does heroic work for those who do and those who appreciate: she is the kind motivator behind the Whitley Bay Classic Jazz Party after Mike’s death (it’s now the Mike Durham Classic Jazz Party). I’ll be there in November, grinning.

And — being a speaker of American English even though I’ve read British and Irish authors all my life — I thought it would be best to look up “clubbable,” even though I thought I sensed its meaning.  JAZZ LIVES can’t frequent coffeehouses, even though I am drinking that beverage as I write (the first citation seems to have been Boswell’s 1783 description of Dr. Johnson), but I translate “suitable for membership of a club because of one’s sociability or popularity” into “welcoming” and hope that the idea transfers undamaged across the Atlantic.

If you are swept away by Dave’s praise and would like to meet the phenomenon who does my laundry, types at my computer, and holds the camera — you’d have to be close to New York City on February 24 — here are the details.

And with even more heartfelt enthusiasm, I write:

Posted in "Thanks A Million", Bliss!, Generosities, Jazz Worth Reading, Pay Attention!, Wow!

CONSIDER YOURSELF INVITED, or WARMING TRENDS IN BROOKLYN (February 8 and 15, 2015)

If you’re reading this in the tri-state area on February 4, the view from your window might be cheerless, the prime ornament being snow heaped up in unappealing mounds.  As I write this, the thermometer is struggling to rise up out of the twenties.  You can’t hear it, but I am sighing.

But there are two events coming soon to a Brooklyn oasis that will make me and a small group of the faithful forget about winter.  The oasis is THE DRAWING ROOM, a beautiful secular shrine to music created by pianist Michael Kanan and string bassist Stephanie Greig, and you can find it at 56 Willoughby Street, Brooklyn, New York.  It’s accessible from nearly every major subway line, and the price of admission is a mere ten dollars.  This Sunday night, from 7 to 10 PM, the wonderful singer Gabrielle Stravelli and Michael will be making beautiful music.  I know.  I speak from experience:

I watched my video of this 2012 performance again, to make sure I wasn’t simply remembering the experience through a sweet nostalgic haze, and once again I had to brush tears away.  This performance of BILL is the musical equivalent of watching a flower open in slow motion, for Gabrielle and Michael so wisely and sweetly capture the doubleness of the song — a mildly comic undercurrent, the teasing way one can gently list the faults of the person one loves, because both that person and you know the deep accepting love underneath, and the embracing tenderness.  Michael and Gabrielle fully inhabit those emotions and make them come to rich life in front of us, in sounds and words.

I expect some of this magic will happen again this coming Sunday, so I will don appropriate winter garb to make it to Brooklyn.

Here is the Facebook event page for this concert.  Sign on.  Join in.  The music will reward you.

And, one week later, February 15, pianist Roberta Piket and tenor saxophonist Lena Bloch will be making brave beautiful music at the Drawing Room.  I hope to be there, too.

Posted in "Thanks A Million", Bliss!, Generosities, Ideal Places, Irreplaceable, It's All True, Jazz Titans, Pay Attention!, Swing You Cats!, The Heroes Among Us, The Real Thing, The Things We Love, Wow!

Hot jazz can be both leisurely and intense.  It doesn’t have to be too loud or too fast. And the best musicians do the neat trick of honoring their ancestors while sounding exactly like themselves.

New evidence of this — a swing session by masters, recorded in 2004 — has recently surfaced.  It comes from Mat and Rachel Domber’s (the team responsible for so much joy on Arbors Records) MARCH OF JAZZ in celebration of Kenny Davern’s birthday, and the noble, gently convincing participants are Kenny, clarinet; Danny Tobias, cornet; Tom Artin, trombone; John Bunch, piano; John Beal, string bass; Tony DeNicola, drums.

Kenny Davern is justly the most famous and perhaps the most missed person on stage, but I would like to draw your attention also to the cornet player.

Young Mister Tobias plays with easy lyrical grace.  When I first heard him a decade ago (as the trumpet with Kevin Dorn’s Traditional Jazz Collective at the Cajun) I was instantly a convert and fan.  At the end of the first set, I went over, introduced myself, and said, “You sound beautifully.  I guess you also like Buck Clayton and Ruby Braff, don’t you?”  He grinned, and we became friends.

and a most remarkable ALL OF ME, in a romantic tempo (the romance isn’t diminished by Kenny’s silent-film comedy gestures at the start):

I asked Danny what he remembered about this session:

I was delighted that Kenny got me on the event.  I remember being very nervous playing because in the hospitality room, on the top floor of the Sheraton Hotel the other musicians watched the stage via closed circuit TV.  I was, and am, in awe of the musicians who were in attendance that weekend. I remember talking to Bucky, Joe Wilder, Dave Frishberg, Bob Dorough, and many more. I had no idea what Kenny would call, and was relieved when he asked the audience if anyone had played “All of Me” yet that weekend?  He then turned to the band and said, “Nobody played it like this!” and counted off the slowest tempo I’ve ever heard for that tune.  It could have been painful but with Bunch, and Tony DeNicola it was pure bliss. Watching the video reminds me of how lucky I was to be able to make music with these masters. Kenny was so generous with me.  He would make me tapes of PeeWee, Joe Sullivan, Irving Fazola, Johnny Dodds, etc. When I heard the recording of “Who Stole the Lock?” I flipped out!  It was clear after listening to these records that Kenny incorporated these players into his playing. For example when he would soar into the final chorus on a gliss, I knew that he was channeling Fazola.  He would, after a gig, invite me to hear something in his car. Sometimes it was a rare recording of Benny Goodman playing tenor, or William Furtwangler conducting movement of a Beethoven symphony.

I miss Tony, and John Bunch, and Kenny.  But I feel good that I knew how good it was when it was happening and let them know I felt.

Danny Tobias is a modest fellow with a true subtle talent, and in these videos you can experience what many already know, that he is a master among masters.

And — as a postscript — it reminds me how much I and everyone who knew him miss Mat Domber. (Rachel, bless her, is still with us.)  I believe these videos were done by the faithful and diligent Don Wolff: bless and thank him, too.