“DID YOU EVER KNOW ART TATUM?” 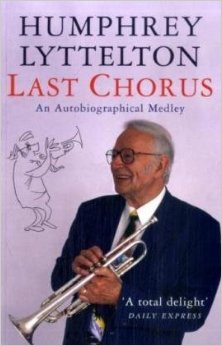 Ben Webster was ejected by the police from the Nottingham club where he was appearing as star soloist, and asked the young policeman who had him in an armlock, “Did you ever know Art Tatum?”  Ben Webster was part-Red Indian and, below a certain specific gravity, the sweetest man who ever walked.  When flash level was reached, he developed a suicidal tendency to attack anyone in official uniform.  Stories of Ben ending a foray with a squad of policemen or hotel night staff sitting on his protesting head would always get the same affectionate but gleeful response from Buck [Clayton], “Yeah, that’s Ben” (197).

Here’s the other side of the human coin:

We are mysterious to each other and, if we can admit it, mysterious to ourselves. Tales of Ben’s murderous drunken behavior — to women, to musicians he ordinarily respected — are many.  Yet that same man made the most beautiful music.  I draw no conclusions and offer no analysis, except to present Ben, Art, Red Callendar, and Bill Douglass, making the music of the spheres for all time.

And you can read and see more about Humph here — it’s a gorgeous site.

This just in: some invaluable words from Dan Morgenstern on the subject of Ben:

The wildness may have been true in his early and middle years, but he changed. Ironically, I well remember Ben doing his best to keep a very drunk Oscar Pettiford (now there was a problem drinker) from harming himself and others at the Copper Rail, eventually almost carrying him out into a cab (Ben was strong, also at Copper Rail, he caught me eating some soul food seldom consumed by ofays and lifted me off the counter stool and held me up, shouting “He’s eating pig’s ears!”)
I’ll never forget taking a stroll with Ben on a summer night, we were at a party on Central Park West, where at the time Ben was sharing an apartment with Joe Zawinul–odd couple if there ever was one. Ben knew that I was European-born and bred and wanted ti talk to me about going abroad for the first time in his life. He was most concerned about communicating, and I was happy to assure him that most people in Western Europe understood and even spoke English and that he would have no problems.* It was amazingly, and charmingly naive. Of course he not only visited, but stayed in Europe until his death. Last time I saw him, he was leaning out the window of his Copenhagen apartment, which I’d just left after a visit during which he lamented the recent loss of Charlie Shavers, and of other dear friends. and we left a bunch of empty beer bottles, waving goodbye. I loved Ben, he really was what his music says. (Among the many treasures in the Mary Lou Williams Collection at IJS, there is a ca. l939 love letter from Ben, and an acetate of him singing “Prelude to a Kiss”. there thanks to Fr, Peter O’Brien, S.J., a dear man whom we just lost.)

Thank you, as always, Dan.

Posted in "Thanks A Million", Awful Sad, Irreplaceable, It's A Mystery, It's All True, Jazz Titans, Swing You Cats!