The Liberty Music Shop was a fixture in the New York music scene from the 1930s through the 1950s, catering to cognoscenti and celebrities.

Why should this be on JAZZ LIVES?  One, it’s a spectacular rarity.  Some of the names above should excite people who apparently only listen to jazz, night and day.  But for the most seriously narrow readers, there’s also a genuine Benny Goodman signature and — happiness! — a Jo Jones inscription, which is how he signed two record jackets for me in 1981-2.  The seller offered photographs of sample pages — not all fifteen — which means that some of the signatures noted above aren’t visible.  But enough are to make it fascinating. 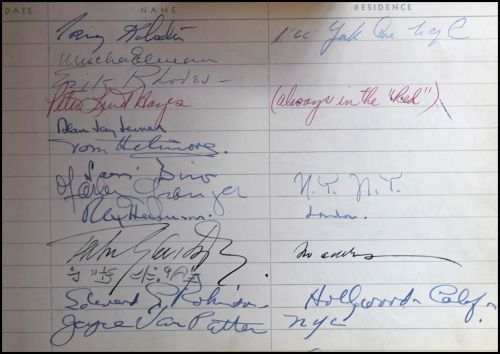 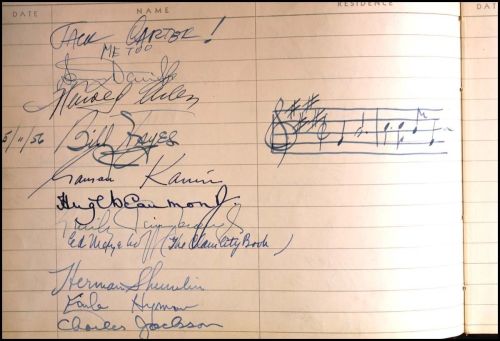 And where else would you find Ray Bolger and Francoise Sagan in such proximity? 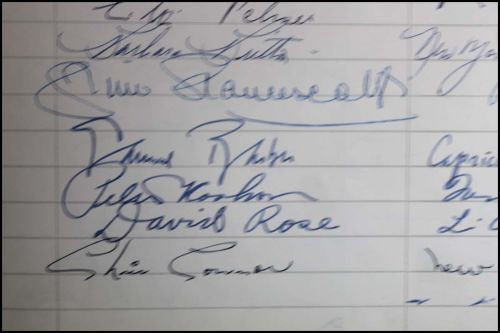 And Charles Boyer, an authentic Benny Goodman (unless he brought one of his staff to sign for him), Kevin McCarthy, Givenchy, and Anthony Perkins. 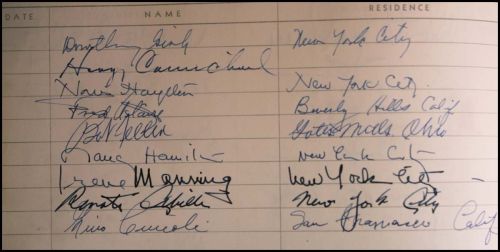 Keener eyes than mine will no doubt discern other famous names.  It’s an awful cliche to say that giants walked the earth, but I know for certain that they went to the Liberty Music Shop.