JUDY WEXLER SINGS, AND WE ARE GLAD

I don’t know if everything happens for a reason, or that the cosmos is a series of accidents, some dreadful, some blissful.  But I can report on a happy encounter at the always-rewarding jazz club Mezzrow on West Tenth Street earlier this summer, when a nicely-dressed cheerful couple sat down next to me.  We began to speak (like my late father, I am not reticent when the mood seems right) and I met Judy and Alan Wexler.  I’d not encountered Judy in my California travels, but she told me she was a jazz singer; soon this CD arrived in the mail: 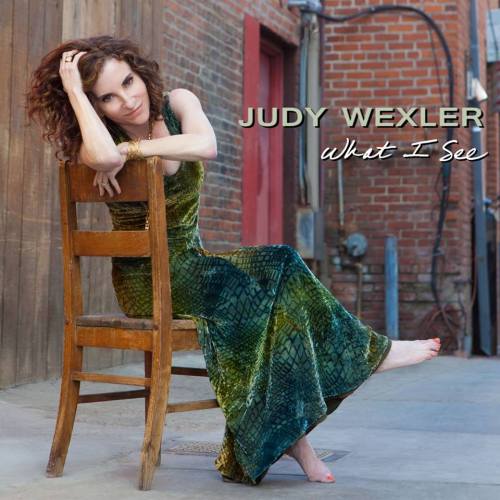 I wouldn’t be writing these words were I not seriously impressed.

The songs were not all familiar to me, but I was pleased and impressed with the breadth of Judy’s repertoire and the light-hearted conviction she brings to her material: a few classics associated with Louis, Billie, and Blossom, alongside lesser-known delights by King Pleasure (his lyrics to a Stan Getz solo), Benny Carter, Dory and Andre Previn, John Williams and Johnny Mercer, and songwriters new to me: TOMORROW IS ANOTHER DAY / THE MOON IS MADE OF GOLD / CONVINCE ME / THEY SAY IT’S SPRING /  A CERTAIN SADNESS / THE LONG GOODBYE / JUST FOR NOW / FOLLOW / ANOTHER TIME, ANOTHER PLACE / A KISS TO BUILD A DREAM ON / LAUGHING AT LIFE.

Before I begin to write about Judy’s singing style, perhaps you should hear her for yourself: one of the songs on this disc:

The first thing I note is Judy’s distinctive — and pleasing — voice.  She has a beautiful technique but one is never drawn to pure vocal effects; rather, she puts herself at the service of the song.  I’d call her vocal timbre bittersweet, which fits the material — the voice of someone essentially romantic who knows that it’s necessary to look all four ways before crossing the street.  You wouldn’t mistake herself for another singer, which is a great thing.  She neatly balances emotional intensity and a swinging ease.  Her music woos; it doesn’t insist.  On other performances, such as TOMORROW IS ANOTHER DAY, her improvising skills are even more gratifyingly evident: she sings three choruses and her elastic variations from chorus to chorus are never stark — she never obliterates the composer’s intent — but one delights in her playfulness.  She sings with an irresistible conversational ease, and on some songs I feel as if she is wryly smiling.  That’s very good medicine for us in this century.

Judy Wexler does everything right: she sings rather than dramatizes, she knows how to swing, she respects the melody and the words, and you know it’s her. What more could anyone want?  (Nothing, except perhaps a new CD to listen to.)

See what happens when you go to the best jazz clubs and strike up conversations?  Your life is enriched.

3 responses to “JUDY WEXLER SINGS, AND WE ARE GLAD”