In his cryptic but meaningful way, when asked a question about style, Jo Jones said something like, “You get tired of wearing the same shirt all the time.”  I feel that statement’s truth.  Although there is a deep variety in the musics I cherish, I get excited when offered the chance to hear something beautiful, deep, and not the usual.  A perfect — and perfectly gratifying example of this is Margaret Herlehy’s CD, CAFÉ 1930.

Before you read a word more, I ask respectfully that you clear your mind of preconceptions, held ideas, historico-critical frozen dinners, imposed categorizations, and simply listen to some music that might be new to you.  And delightful: 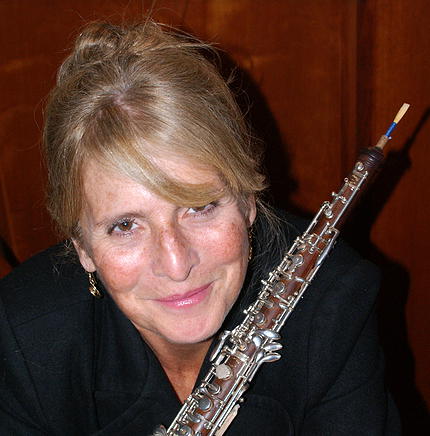 I find the music that oboist Margaret Herlehy has created on this CD delicately yet powerfully intoxicating.  A friend suggested I listen to the disc, and I looked up from my daily diet of SWINGIN’ AT THE DAISY CHAIN and WHEN YOU AND I WERE YOUNG, MAGGIE, and ON A COCONUT ISLAND with mild skepticism.  “Wait.  Oboe?  Choro?”

But I trust the friend’s musical judgment and began to listen — and I admire this music greatly.  Some of the tracks swing in a graceful sashaying way; others are sweet pensive interludes.  At times, the music comforts; at times, it exalts.  And although some may have deep-rooted prejudices against the oboe (“It’s so nasal.”) it becomes a wooing instrument in Margaret’s hands.

I asked her to tell me (and by extension, you) about the inspiration for this CD:

I began playing in experimental improvisational ensembles while studying at Sarah Lawrence College in the 1980’s.  It was during this period that I first realized that the oboe could have a voice beyond classical repertoire and began to dabble in other genres.  It’s always been about the melody for me, finding different ways to bring out characters and colors in music.  As a classical orchestral player, I have had the opportunity to play incredible music; but I found myself longing for music that allowed time to develop ideas and creative freedom with phrasing.

I started performing the music by the Argentinian composer Astor Piazzolla about 8 years ago.  His Tangos are traditionally played with Flute or Violin as the lead voice but it turns out his bandeleon player was also an oboist.  On a few very old recordings of Piazzolla’s band, you can hear an oboe playing some of the melodies. This is what inspired me to start exploring his Tangos and to discover Café 1930, ( the title track of the CD ) a haunting and beautiful piece that I have wanted to record for many years.  Samba, Choro and Maxixe followed.  I am forever grateful to my guitarist David Newsam for turning me on to this evocative, lyrical music and players who would help me to embrace and incorporate the style.

After hearing CAFÉ 1930 at least a half-dozen times, I am both gleeful and inspired.  I thank Margaret for having the courage to make lyrical music in a time and place where beauty sometimes has a hard time amidst mechanized clamor.

To learn more about Margaret in her many lyrical and exploratory selves, you might visit her YouTube channel, or her blog — as well as purchasing or downloading this delicious CD for yourself.  Lyrical beauty like this deserves and needs our embracing support. 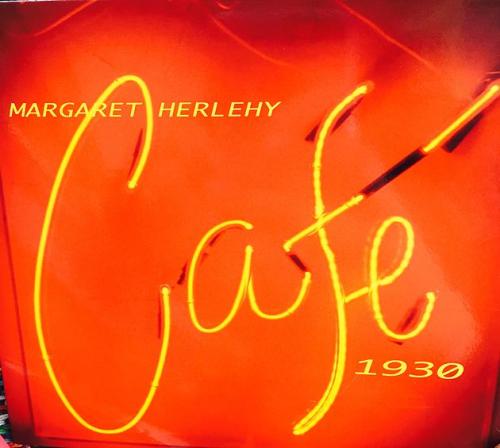 Posted in "Thanks A Million", Bliss!, Generosities, Irreplaceable, It's All True, Pay Attention!, Swing You Cats!, That Was Fun!, The Heroes Among Us, The Real Thing, The Things We Love, Wow!