I think we might need to know more about the wonderfully talented Ray Noble — not only as bandleader, arranger, radio comedian, actor, occasional pianist — but as a composer: think of CHEROKEE, HANDS ACROSS THE TABLE, THE VERY THOUGHT OF YOU, and many others written and co-written by this rather elegantly sedate-looking man: 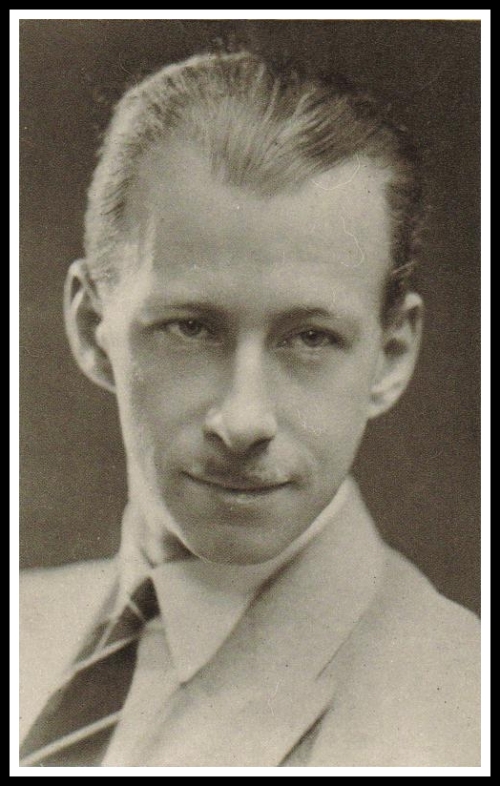 One of his evocative songs is THE TOUCH OF YOUR LIPS, which lends itself to many treatments — vocally and instrumentally:

But here I can offer you a sweetly swaying treatment of the song as a “rhythm ballad,” where sentiment and swing co-exist very pleasingly.  This performance took place at the Allegheny Jazz Party on September 11, 2015: the magical strollers are Howard Alden, guitar; Dan Barrett, trombone; Harry Allen, tenor saxophone; Frank Tate, string bass; Ricky Malichi, drums:

And here is this band’s version of Coleman Hawkins’ STUFFY, which preceded TOUCH in the same set.  Perhaps we’ll meet at this year’s Cleveland Classic Jazz Party (September 15-18) where such good music is created so easily.

And a linguistic after-dinner mint of the highest order.  My dear friend Sarah Spencer presented me with this little verbal gift some months ago, that she learned from the gracious and generous musician (piano and reeds) Gene Riordan: that Louis retitled this song THE LOP OF YOUR CHOPS.  After that, nothing more need be said.