The somber-looking fellow here might not be known to you, but he is the most generous of excavators, finding rare jazz treasures and making them available for free to anyone with a computer and many free hours.  His name is Dave Radlauer, and his site is called JAZZ RHYTHM. 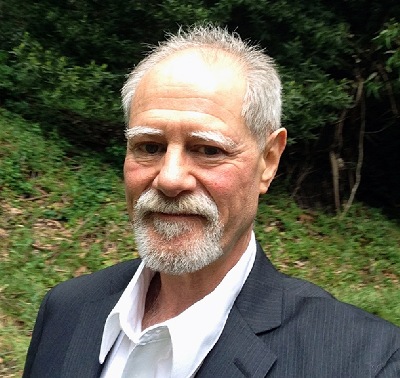 As is often the case in this century, Dave and I have never met in person, but know each other well through our shared fascinations.  But first a word about JAZZ RHYTHM.  When you go to the site’s home page, you’ll see a left-hand column with famous names from Louis Armstrong to Lester Young, as well as many lesser-known musicians.  Click on one to hear a Radlauer radio presentation, with facts and music and anecdotage nicely stirred together.  The long list of names testify to Dave’s wide-ranging interest in swinging jazz.

But here comes the beautiful part.  Click on “Bagatelle jazz club,” for instance, and you will be taken back in time to a rare and beautiful place where delicious music was played.  Possibly you might not know Dick Oxtot, Ted Butterman, Frank Goudie, Bill Bardin, Pete Allen well, but their music is captivating — and a window into a time and place most of us would not have encountered: clubs in and around San Francisco and Berkeley, California, in the Fifties and Sixties.

Dave has been an indefatigable researcher and archivist, and has had the opportunity to delve into the tape collections of musicians Bob Mielke, Wayne Jones, Earl Scheelar, Oxtot, and others.  And the results are delightful sociology as well as musically: how else would I have learned about clubs called The Honeybucket or Burp Hollow? And there are mountains of rare photographs, newspaper clippings, even business cards.

When I visit Dave’s site, I always feel a mild pleasurable vertigo, as if I could tumble into his treasures and never emerge into daylight or the daily obligations that have to be honored (think: ablutions, laundry, bill paying, seeing other humans who know nothing of P.T. Stanton) but today I want to point JAZZ LIVES’ readers in several directions, where curiosity will be repaid with hours of life-enhancing music. 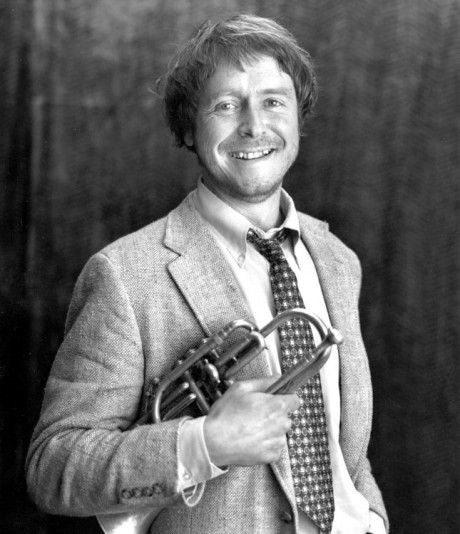 And this treasure box, brimful, is devoted to the musical life of Frank Chace — seen here as momentarily imprisoned by the band uniform. 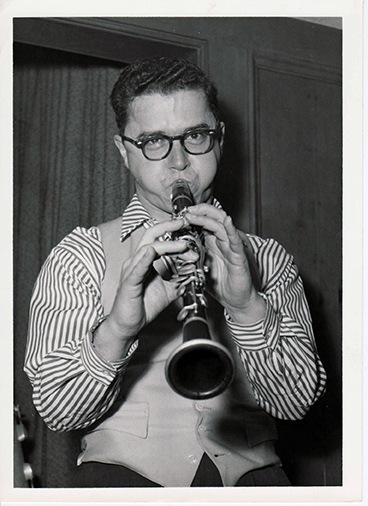 On Dave’s site, you can learn more about Barbara Dane and Janis Joplin, James Dapogny and Don Ewell . . . all presented with the open-handed generosity of a man who wants everyone to hear the good sounds.

Dave has begun to issue some of these treasures on beautifully-annotated CDs, which are well worth your consideration. 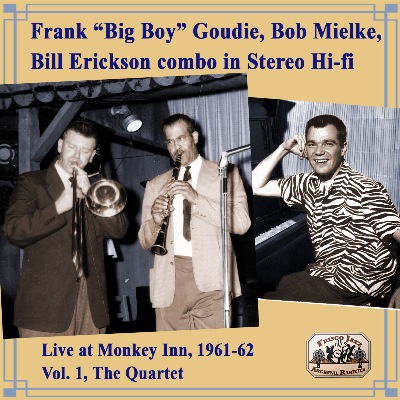 I’m told that the music is also available digitally via iTunes, but here is the link to Amazon.com for those of us who treasure the physical CD, the photographs, and liner notes.

A postscript.  Until the middle Eighties, my jazz education was seriously slanted towards the East Coast.  But when the jazz scholar and sometime clarinetist John L. Fell befriended me, I began to hear wonderful musicians I’d known nothing of: Berkeley Rhythm, Goodwin, Skjelbred, Byron Berry, Vince Cattolica, and others. So if the names in this piece and on Dave’s site are new to you, be not afeared.  They made wonderful music, and Dave is busily sharing it.