And the second part! 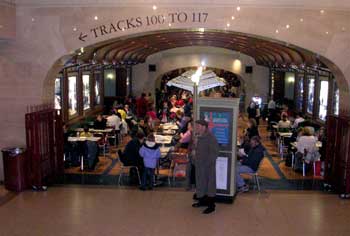 I CRIED FOR YOU:

THE SOUND OF MUSIC:

And for the deep explication that Gordon only hints at, here’s his wonderfully elliptical blog, THAT OF LOWLY PWUTH.  Yes, you did read that correctly.

And to think — before this, I’d thought of Grand Central Station simply as the eastern terminus of the Forty-Second subway shuttle, the “S” — not as a secret mecca for lyrical hot jazz.  That’s New York City for you: one surprise tumbling in on another.