The Fourth of July is a national holiday in the United States: our Independence Day.  And it is also the day that Louis Armstrong said was his birthday.  So did his mother, so even though I don’t think he was born in 1900 but in 1901, if your mother says you were her “firecracker baby,” that takes precedence. 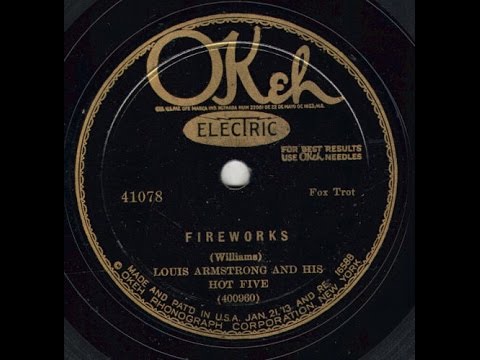 Here, the Fourth of July is celebrated with fireworks.  So this 1928 recording is doubly appropriate.  I salute Tim Gracyk and thank him for his lovely YouTube presentation:

And since three minutes of Louis is never enough, I offer the good news that Columbia University’s FM radio station is back online / streaming, and that on both July 4 and August 4, they do twenty-four hour celebrations of Louis’s birthdays.  To hear that broadcast and future broadcasts, click here (the station’s Facebook page) or directly here.

And with a small orthographical variation . . .

Posted in "Thanks A Million", Bliss!, Generosities, Hotter Than That, Irreplaceable, It's All True, Jazz Titans, Pay Attention!, Swing You Cats!, The Heroes Among Us, The Real Thing, The Things We Love