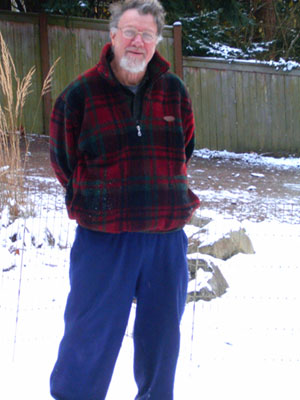 Every year at about this time, Ray Skjelbred and his Cubs make a tour of the Bay Area in Northern California, including visits to the Dixieland session at Rossmoor, the Cline Wine and Dixieland Festival, Pier 23, Cafe Borrone, and other fortunate locations.  (Don’t let the “Dixieland” label throw you; what Ray and Company play is light-years away from that manufactured product. Marketing isn’t music.)

Note: I realize that my title is geographically inaccurate, since everyone in this band lives in the West, as one of my Corrections Officers is sure to point out, but it made more sense than titling this post SOUTHBOUND, in honor of Alex Hill.

Here are the details from Ray’s own site, a remarkable place to spend a few hours. 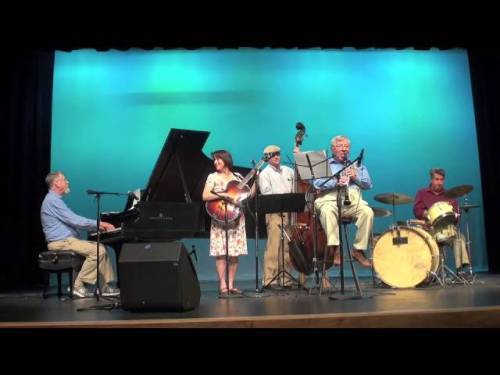 Ray and his Cubs onstage at Rossmoor, perhaps 2014.

Ray has the good luck to have a dedicated videographer and archivist, RaeAnn Berry, somewhere between tireless and indefatigable, who will offer up large helpings of the music performed in these few delightful days.

Here’s a deliciously satisfying taste: DARKTOWN STRUTTERS BALL at an enticing tempo — in a thoroughly Commodore manner that reminds me, and perhaps you, of TAPPIN’ THE COMMODORE TILL:

That’s one performance from their July 7 concert at Rossmoor.  I encourage you to subscribe to RaeAnn’s channel, where you can see the other dozen or so performances from that concert (made possible by the energetic devotion of Robert Burch and Vonne Anne Heninger, to give that kind pair their full monickers) and several thousand other musical delights.

As I write this in New York, RaeAnn is surely videoing something . . . and I know there will be more Ray / Cubs epiphanies to come.