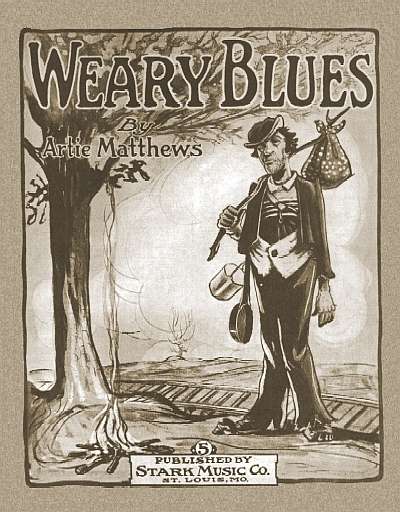 WEARY BLUES was written in 1915 by Artie Matthews as a ragtime piece, and the earliest recording we have (I believe) is this quite warm and well-seasoned  1919 rendition by the Louisiana Five:

Then it was recorded by many people — it’s terribly catchy with many breaks and it has a natural momentum.  I will only offer this piece of history, because my feeling everyone should know this hot record by heart:

Why do I live in New York?  Many reasons, but the possibility of wandering down the stairs on a late Sunday afternoon, making my way through young people focused on beer, ping pong, billiards, conversation, and hearing THAT is one of the chief reasons to be here and stay here.

For my readers: may the most heavy WEARY BLUES you ever feel be just this light upon your heart.