Jazz from a Sunday night on West Tenth Street, but hardly as ordinary as those words would suggest, for the site was not just the Street, but Mezzrow, that wonderful jazz club now beginning its fourth year of sustaining the musical community: 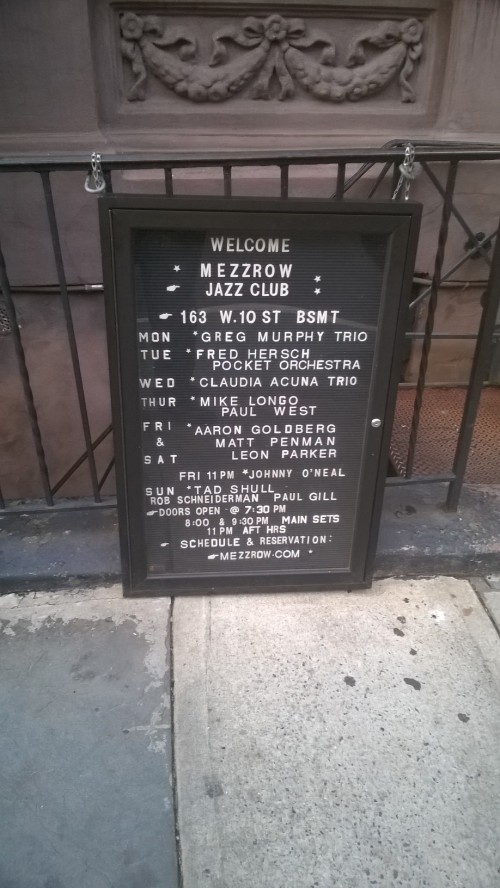 If the word RADICAL scares you off, it’s merely (I think) a way of saying that this trio, although aware and respectful of the past, players and composers and idioms, is not tied to it: they create rather than replicate.  And swing is not tied to any year: it flourished in 1960 as well as in 1940.  Hear for yourself how beautifully Tad, Rob, and Paul make it blossom in 2017.

and as a closer, Hank Mobley’s SOUL STATION:

Another set was just as exhilarating, with seriously focused, lyrical performances of music associated with Dizzy Gillespie, Dameron, Miles, Wayne Shorter, and a pair of lovely ballads.  It, too, will appear here.