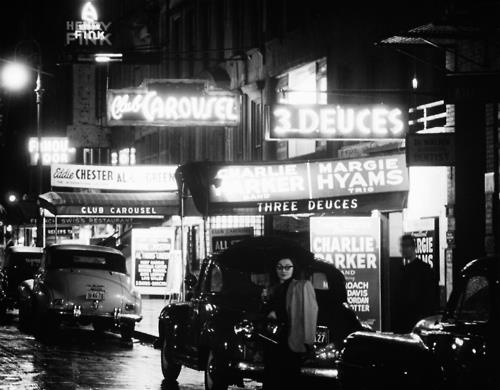 I missed out on the 2018 Jazz Bash by the Bay in Monterey, California, March 2-4 of this year.  But once again the First Lady of Hot Video, RaeAnn Berry, brought back some good sights and sounds for us.

A particular favorite was this set featuring Marc Caparone, trumpet; Dawn Lambeth, piano; John Reynolds, guitar; Katie Cavera, string bass — with nifty vocals from each of the four.  Completely charming, light-hearted melodic swing, with no tricks.  They would have been a hit at the Hickory House or the Onyx Club, and what a blessing to have them with us now.

RaeAnn posted all ten performances, but here are the four I was especially charmed by because the songs are rarely performed — and, as JAZZ LIVES readers know, these four musicians are dear to me.

Anyone want to split cab fare to Fifty-Second Street?

WHEN THE RED RED ROBIN COMES BOB BOB BOBBIN’ ALONG (another thing to thank Harry Woods for, as Dawn offers us some tender optimism):

LITTLE GIRL (I dream of the ten-CD set called JOHN REYNOLDS SINGS FOR YOU):

I’VE GOT MY FINGERS CROSSED (with a sparkling conversation between Marc and John near the end):

With luck and a GPS, I’ll be at the 2019 Jazz Bash by the Bay.  It beats worrying about snow and then shoveling it, which is March in my world of New York.

Like Loading...
This entry was posted in "Thanks A Million", Bliss!, Generosities, Hotter Than That, Ideal Places, Irreplaceable, It's All True, Jazz Titans, Pay Attention!, Swing You Cats!, That Was Fun!, The Heroes Among Us, The Real Thing, The Things We Love, Wow! and tagged Dawn Lambeth, Dixieland Monterey, Fifty-Second Street, Hickory House, JAzz Bash by the Bay, Jazz Lives, John Reynolds, Katie Cavera, Marc Caparone, Michael Steinman, Onyx Club, RaeAnn Berry. Bookmark the permalink.