Let the truth come out: the glorious pianist Rossano Sportiello loves Dixieland. Yes, that naughty word so scorned by many jazz listeners.

[An update: since I published this blog, with the word spelled out in full, I have been rebuked by several esteemed jazz journalists, a few of them friends, for my daring to print the obscenity, as if I were wrapping myself in the flag of the Confederacy.  “‘D*******d’ is the name given to the kind of music Rossano heard, loved, and played in his Milan youth.  And — should sensibilities still be raw — it’s the name Louis gave to what he played.  Do I need to cite a higher authority?]

Not, as he will point out, the homogenized variety, but the music he grew up listening to: Eddie Condon, Pee Wee Russell, Bobby Hackett, and their noble colleagues.

In 2017, for one of his sets at the much-missed Cleveland Classic Jazz Party, he chose to play the familiar repertoire . . . but with energy and love.  He called on Hal Smith, drums; Frank Tate, string bass; Dan Block, clarinet; Scott Robinson, tenor saxophone; Dan Barrett, trombone; Duke Heitger, trumpet, to accomplish this.  And even though these songs (or almost all of them) have been played to shreds by less-splendid musicians, they shine here.  Admire the relaxed tempos and fine dynamics: the hallmarks of players who remember what the songs are supposed to sound like, that MUSKRAT and BARBECUE have fine melodies that must be treated with care and admiration. 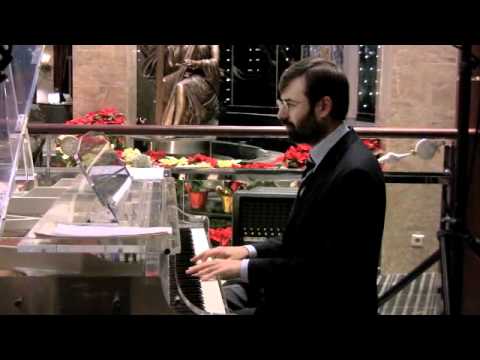 They began with the song Louis loved so well, STRUTTIN’ WITH SOME BARBECUE:

Hot Five territory once more, but not too fast, for MUSKRAT RAMBLE:

There’s a second half, to come soon — classic performances, created on the spot.

Thanks not only to these delightful creators, but to Nancy Hancock Griffith and Kathy Hancock for making all this possible.  The Cleveland Classic Jazz Party is now only a sweet memory, but it was a glorious outpouring while it lasted.