“MUSICALLY, IT WAS AN ECCENTRIC TIME IN AMERICA”: THE CHICAGO CELLAR BOYS at STUDIO 5 (Chicago, June 16, 2018)

Sometimes it feels lonely up here on the mountaintop — as if I’m the only one doing what I do, proselytizing and broadcasting heartfelt improvised music (modern-traditional-lyrical-Hot-call-it-whatever-you-like).  But I know that’s not true, and I am always getting reassuring surprises from the cyber-world. 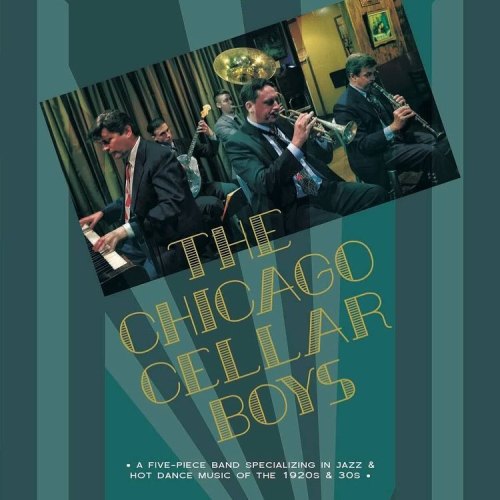 It’s a long, beautifully video-ed and recorded live session by the Chicago Cellar Boys (the link is to their new website) — the more recent band-within-a-band of The Fat Babies, at Studio 5.  (They appear every Sunday night at the Honly Tonk BBQ in Chicago’s Pilsen neighborhood.)

The Chicago Cellar Boys take their name from a 1930 group that had Frank Melrose, Wingy Manone, Frank Teschemacher, Bud Freeman, George Wettling.  (Now Tom Lord says that the accordionist is Charles Magnante, which makes so much more sense than “Charles Melrose” — but I digress.)

I won’t list the songs played — you can find the blisses and surprises for yourself — because I want to be sure to get this boon out to as many people as I can right now.  Thanks to the band, to Steve Rashid, and to Studio 5 for making such a wonderful explosion of art accessible to all of us:

The CCB will also be at this November’s San Diego Jazz Fest, so if I can fight my way to a seat in the front, there might be other videos.  And I understand they have made their first recording. “Wow wow wow!” as my friend and role model Anna Katsavos still says.