KIHONG JANG: “THEY BROUGHT A NEW KIND OF MUSIC TO ME” 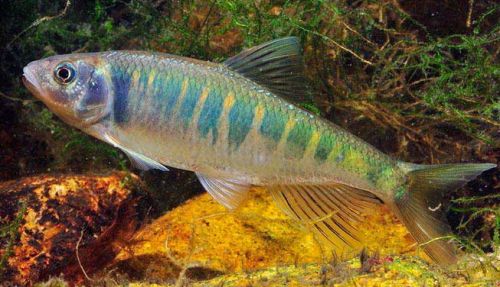 This young man creates wonderful music, free and easy as goldfish in a pond.

He’s Kihong Jang, a guitarist with a quiet compelling lyricism.  This post is to celebrate the release of his debut CD, out on Gut String Records.

And it’s delightful.  Before you read another syllable, listen to this:

The session was recorded in late October 2018 — how very fresh! — and it features Kihong on the guitar you see here, JinJoo Yoo on piano, Neal Miner on string bass, Jimmy Wormworth on drums, performing YOU BROUGHT A NEW KIND OF MUSIC TO ME / GOLDFISH, GOLDFISH! / FLAMINGO / LESLIE / GENEALOGY / GOLDFISH, GOLDFISH! in an alternate take.

FLAMINGO, LESLIE, and the title track are Kihong’s compositions; the others are by JinJoo, Kihong’s musical and life partner.  And for those who quail at a CD of “originals,” several of these compositions are clever improvisations on the harmonic and melodic structures of songs full of substance that don’t get explored that often, for instance HOME and YOU BROUGHT A NEW KIND OF LOVE TO ME.  (Had someone been listening to George Wettling’s New Yorkers, recording for Keynote in 1944?  Or coincidence?)

Kihong is a deep feeling melodist, and every phrase he creates is paradoxical in that it is simultaneously terse and tender.  He has a classicist’s restraint: there isn’t an extraneous note; there are no runs up and down the fretboard just because he has practiced for years.  He is closer to Elizabeth Kenny than to Jimi Hendrix, and his clarity of intent is a blessing.  He takes his time, and he gets where he’s going.  His phrases have a careful, considered essence that goes hand in hand (pun intended) with serious emotion.  And ebullient swing.

The session is marvelously old-fashioned in its cheerful reverence for lyricism, but it doesn’t need to be dusted: it doesn’t reek of the Library or the Museum.  At points, the music reminds me most reassuringly of a previously unheard Fifties Clef session, but the fact that it was played and recorded last autumn is so hopeful.

I’m always fascinated by the ways musicians do and don’t reflect their personalities in their music.  In person, Kihong is just like his playing: modest, quiet but full of serious understanding.  He chooses his words in the way he selects his notes and phrases: he listens intently, he values silence as well as speaking, and when he has something to say it comes out of his clearly deep perceptions.

Kihong is a great ensemble player (the disc, although he is leader, is a truly egalitarian walk through the meadow) and there is ample space given to JinJoo, Neal, and Jimmy, to make their own eloquent statements in solo as well as members of the quartet.  I’ve written about JinJoo here and here, Jimmy (celebrated on film by Neal) here.  I’ve been celebrating Neal here as musician and composer since January 2011 (he appears in 79 posts!) so that should convey something of my admiration.

I want to write only that Kihong and friends make music.  Not music that insists, “I am important music!” but music that gently says, “I have two clementines in my pocket.  Would you like one?”  Listen and you will feel it.

And a jovial postscript — to send you on your way grinning.  As does the CD.

I asked JinJoo how she came up with the title “GOLDFISH! GOLDFISH!” for one of her compositions, and she told me, “At first, I wanted to call it as “Nostalgia”, but there’s already a tune by Fats Navarro with that title.
So I (almost) decided to name it ‘My Nostalgia’. (Not Fats’)… 😉

I was in Korea when Kihong asked my about song titles.

One day, I was having lunch with my mom and she started talking about some funny stories of my father and my uncle (they are twins) when they were young.  She told me some stories that she heard from my grandmother.  This one really cracked me up and I fell in love with it.

When my father and uncle were young, maybe 10, they lived in this small town called Jeon-ju.  My grandparents saved some money at that time (my grandfather was a teacher, so had a very stable income) and some people would borrow money from them.

One day, my grandmother figured out that one lady that she lent money before totally RAN AWAY, A–W–A–Y not even taking stuff from her house.  My grandma was really pissed off (because she really trusted her) and told my dad and uncle to GO TO THAT LADY’S HOUSE AND BRING ANYTHING THAT LOOKS PRECIOUS. And guess what? They brought goldfish from the pond that were swimming beautifully. (Some old houses in Korea had small ponds).
When they came back home EXTREMELY THRILLED, “Mom!! Mom!!! Look!!!! We brought goldfish!!!!”

Actually, what they really wanted to bring home was the lady’s DOG, but it was barking furiously so they gave up.  Later, they found out that that lady’s family really went completely broke. I could picture how excited my dad and uncle must have been when they found goldfish in the pond.  “Oh man, look! Goldfish!!! Goldfish!!”

And that’s how I came up with that title.

Like Loading...
This entry was posted in "Thanks A Million", Bliss!, Generosities, It's All True, Jazz Titans, Mmmmmmmmmmmmm!, Pay Attention!, Swing You Cats!, That Was Fun!, The Heroes Among Us, The Real Thing, The Things We Love, Wow! and tagged Clef Records, Elizabeth Kenny, George Wettling, goldfish, Gut String Records, home, jazz guitar, Jimi Hendrix, Jimmy Wormworth, Jinjoo Yoo, Ki-hong Jang, Kihong Jang, lyricism, Michael Steinman, Neal Miner, THEY BROUGHT A NEW KIND OF MUSIC TO ME, YOU BROUGHT A NEW KIND OF LOVE TO ME. Bookmark the permalink.

2 responses to “KIHONG JANG: “THEY BROUGHT A NEW KIND OF MUSIC TO ME””