What do they have in common?  Would you, were you a recording supervisor, hire them for a record date?  Would you hire them for your orchestra or gig?  Could you count on them to do the work asked of them?  (A hint here: as much as I revere, let’s say, Fruscella or Livingston, I wouldn’t want them driving the kids to summer camp.)

That list contains poets of the music, artistic trailblazers, instantly recognizable creators, memorable improvisers.  But it is also a list of people who didn’t show up on time or at all for the gig or has to be awakened in the middle of a song to play, people who were addicted to alcohol, food, drugs, and sex; people who had borderline personality disorder; people who stole, lied, and destroyed property; people who refused to bathe or change their clothes . . . and more.

Even if this seems blasphemous, do me the kindness to read on.

And if you proclaim that Genius must be forgiven anything because it’s Genius, I wonder how you would feel if the Genius vomited on your living room rug or stole money from you.

I suspect that most jazz fans are Apollonian (in Nietzsche’s dichotomy): they drive in the proper lane; they shower regularly; they hold jobs; they change the registration sticker on their car when the law says they must.  But, perhaps as a result, they are fascinated by the Dionysiac, the Bad Boys and Girls of Jazz, the people whose behavior is flashy, self-destructive, eccentric, illegal.

Consider this: if someone could come up with an authenticated needle used by Billie or Bird, or a piece of Bix’s mummified blue sweater, how much would those holy relics — the jazz Shroud of Turin — fetch on eBay?

Violently erratic “bad” behavior makes good copy.  How many biographies of Bix are there, as compared to his more restrained contemporaries? How many theatrical presentations “recreating” Billie are there, as opposed to the lives of other singers who drank Seven-Up?

I was motivated to write this piece because of the just-issued biography of Johnny Guarnieri, SUPERSTRIDE, beautifully written and researched by Derek Coller, depicts a good husband and father, and a craftsman, someone serious about his art even when striding joyously.

I think of others of the same general character: people who kept pocket notebooks and were thus early to gigs, who came prepared to make music, with horns that worked and a knowledge of the charts; musicians who could transpose and knew their keys; who came to the club date in appropriate, even elaborate formal wear; whose clothes were clean; who conducted themselves as professionals and whose behavior might have been placid and thus not worthy of chronicling, but who behaved as adults.

Think of Maxine Sullivan, George Duvivier, Milt Hinton, Joe Wilder, Teddi King, Eddie Barefield, Al Hall, Ed Hall, Mary Lou Williams, Marian McPartland, Bennie Morton, and Buster Bailey among others: artists who didn’t use “genius” as an excuse for childishness.  Sadly, I sense a silent snobbery among jazz fans, who look down on these mature men and women because their personal lives are uneventful.  And, aside from Hinton, Wilder, and Ed Hall, how many of the artists in the list above have been properly chronicled?   Men and women who didn’t destroy themselves and others are proper figures to contemplate and admire.  Even if they are tediously busy being professional, monogamous, and sober, their lives  have much to show us. 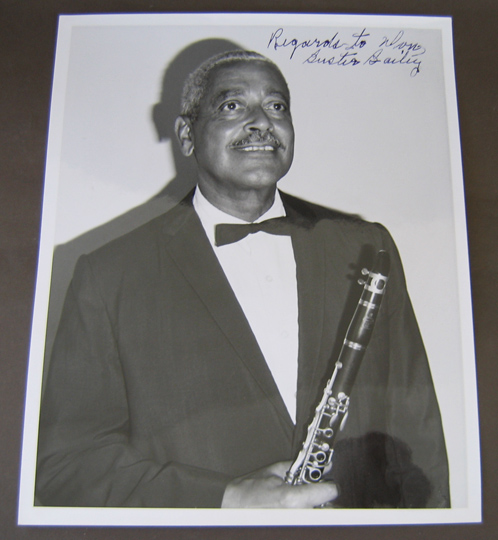 Obviously it’s not thrilling to write about someone who does his or her job without drama, but we should be celebrating these artists as grownups.  And grownups are hard to find in any field.

Here’s music made by several grownups: musicians, classically trained who could cut the charts and swing like mad, who appear on many record dates because they were both creative and reliable: William C. Bailey of Memphis, Tennessee, coincidentally backed by Osie Johnson, drums, and that very same Johnny Guarnieri among others:

I wonder what would happen to us, as an audience, if we chose not to fetishize childish self-destructive behavior, and instead celebrated adult behavior?

Inspiration for this post is, as it often is, thanks to Sammut of Malta, whose thoughts are always inspiring.

One response to “THRILLING TERRIBLE CHILDREN, SEDATELY WELL-BEHAVED ADULTS (IN JAZZ, OF COURSE)”