Did someone tell a fib?

Who knew such a sad subject could be so pleasingly swung? 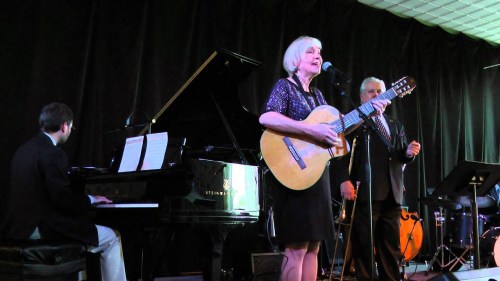 Walter Donaldson’s LITTLE WHITE LIES has a brief verse detailing a romance-dream smashed because of untruths . . . which would lead us to expect a soggy morose song to follow (check out the Dick Haymes / Gordon Jenkins version on YouTube, for confirmation) but Ms. Kilgore doesn’t go in for masochism in song, so her version (with Rossano Sportiello, piano; Dan Barrett, trombone; Jon Burr, string bass; Ricky Malachi, drums) makes light of heartbreak:

Particular pleasures are Becky’s first sixteen bars — a cappella — and the joyous looseness of her second chorus.  And the swinging support from this group!

Here are two more delights from this session.  More to come from Chautauqua.

And a reminder: No matter how encouraging the moonlight, aim for candor.