CONNEE BOSWELL, SONGWRITER — “IF I DON’T MEAN IT,” SUNG BY ALEX PANGMAN

I’ve been following and delighting in the work of Connee Boswell (and Vet and Martha too) since I first heard them on records more than forty years ago. 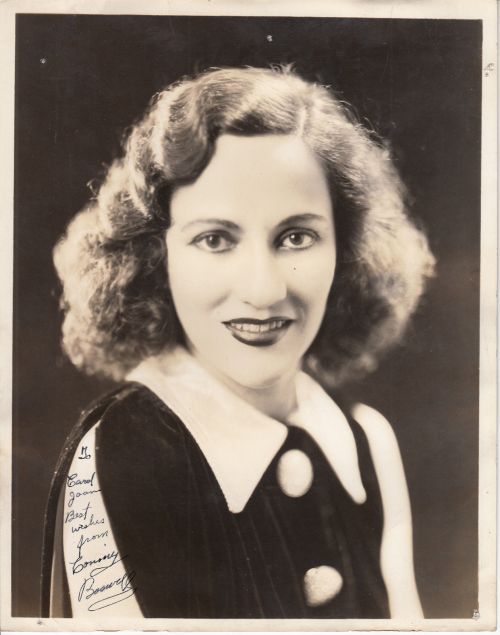 I found out about the fine singer Alex Pangman a little later through her two CDs with brass legends Dick Sudhalter and Jeff Healey: she’s lyrical, she swings, and she understands the lyrics. 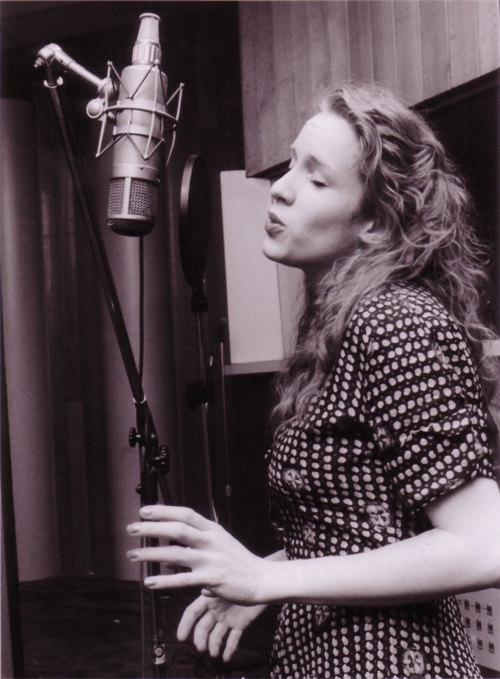 Thus when friends told me about Alex’s performance of a new — unrecorded song written by Connee, I was even more delighted . . . and I can share the song and its story with you.  Story first:

Unearthed Composition by Jazz Vocal Icon Connee Boswell To Be Released December 3rd 2019 by Songstress Alex Pangman on Justin Time Records.
Connee Boswell was an immensely influential singing star of the 1930s and 1940s, in the United States.  Her joyful, innovative, highly popular records with The Boswell Sisters, and solo, brought joy to so many people during a very dark time in America’s history, selling 75 million records.
Boswell was both wildly popular and hugely influential on some of America’s greatest singing stars, including the Andrews Sisters and Bing Crosby. Boswell famously inspired the young Ella Fitzgerald the night the fledgling singer stood on stage at the Apollo Theater talent contest and imitated Connee’s singing style, and launching the singing career of one of world’s most heralded and idolized vocalists.
This is why the discovery of a “new” and unpublished Connee Boswell song called “If I Don’t Mean It” is so important and exciting. She was an American treasure and an international star.
Enter Alex Pangman, the say-no-more quintessential jazz and swing artist Canada knows and adores. In a fortuitous connection with Connee’s grandniece, Kyla Titus, Pangman was gifted a previously unpublished song by Connee, on hand-written sheet music, along with a pair of the singer’s red stage gloves.  To add to the excitement, compositions by the singer are a complete rarity.
“It was a ‘pinch-me’ moment to be holding the sheet music and singing this song, one that few had seen or sung, except for Boswell and those closest to her.  I felt like I was holding buried treasure!”
Pangman is a JUNO nominated (Canada’s Grammy) old-school jazz/pop singer who has previously recorded with Bucky Pizzarelli, Jeff Healey, Dick Sudhalter, Peter Ecklund, John Royen, Kevin Clark, and The New Orleans Cottonmouth Kings. She continues to make recordings strongly inspired by the 1930s despite having received two double lung transplants.
“Connee is one of my vocal idols, but also, I looked up to her because despite singing from a wheelchair, she was a huge star of radio, television and on film. An artist who persevered and created great music despite physical challenges is a huge symbol of heart and determination. Did I mention she swung the hell out of a song?!”
As to why Boswell is important, the answer is easy – she is one of the Mothers of modern jazz and pop singing.   And now is a time when the world needs a new Boswell tune, if ever there was one! Sunny and bright, the tune will lift the corners of your mouth into a smile.
Pangman’s digital-only launch is set for December 3rd, which was Connee Boswell’s birthday. Listen to ‘If I Don’t Mean It’ here.  A second single will follow in January 2020 of “I’m All Dressed Up With a Broken Heart”, a song Connee Boswell sang so memorably.
Inquiries:
alex@alexpangman.com / (416) 834-6173 / www.alexpangman.com

And here’s Alex’s delightful performance of IF I DON’T MEAN IT, with Drew Jurecka, violin; Nathan Hiltz, guitar — recorded August 2019:

Connee continues to delight us.  Thanks to Alex, Kyla, Drew, and Nathan.  (Incidentally, this is a belated birthday salute to Connee: even obsessive bloggers like myself find that what’s called “real life” intrudes.)

Posted in "Thanks A Million", Generosities, Irreplaceable, It's All True, Jazz Titans, Pay Attention!, Swing You Cats!, That Was Fun!, The Heroes Among Us, The Real Thing, The Things We Love