Perhaps because I began my immersion in music in the last century with musicians who sent warmth through the speaker and in person, some “contemporary jazz” or “innovative music” seems forbidding, austere.  It looks at me suspiciously and asks, “Are you musically erudite enough to be allowed to listen to what is being created?” suggesting that I am metaphysically too short to ride the esoteric roller coaster.  But not the music Michael Kanan creates.

Pianist and composer Michael Kanan does not aim for the esoteric, although his art is consistently subtle.  He delights in song, in melodic improvisation, in swing.  His music says, “Let’s have a nice time.  Please come in!” and the most severe postmodernists gently thaw out after a chorus or two.  His playfulness is balanced by deep feeling, each note and chord carefully chosen but floating on emotion.  Jimmie Rowles stands in back of him, and Lester Young in back of both.  If you’ve been following this blog, Michael’s appeared often since 2010, when I first met him through his friend, the masterful reedman Joel Press.

Michael appears worldwide in many settings, but in New York City he is often happily onstage with Greg Ruggiero, guitar, and Neal Miner, string bass, his “brothers in rhythm.”  That splendid trio will be appearing at Mezzrow on West Tenth Street on December 27 and 28, sets at 7:30 and 9:00 PM. 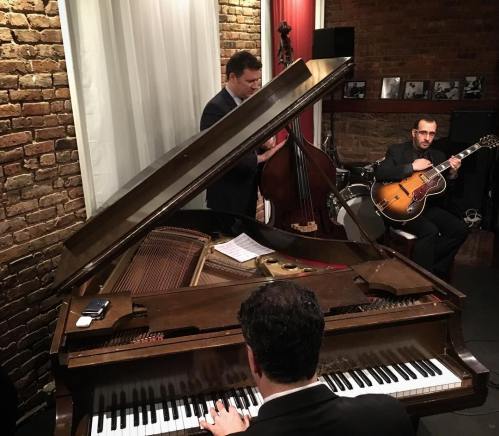 But this post isn’t simply a gig advertisement.  In summer 2019, Michael, Greg, and Neal performed for an attentive audience at the now-vanished 75 Club, and those performances can now be savored here at Michael’s YouTube channel.  And here!

Michael’s own FOR JIMMY SCOTT:

His lovely THE PEARL DREAMS OF THE OCEAN:

and a sweet MY IDEAL, where the trio sends Richard Whiting their love:

If you’re not close enough to Mezzrow to make this gig, you can have the trio at home with not much effort: they recorded their debut CD, IN THIS MOMENT, not long ago — also recorded live at that club.  The CD’s lovely art is by Anne Watkins, and you can read my review of the music here. 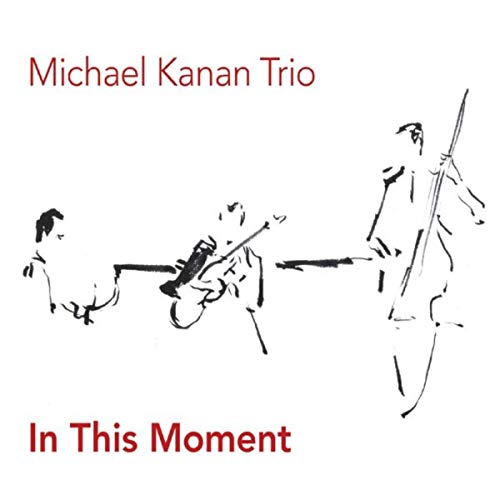 However you encounter Michael, Greg, and Neal, don’t deny yourself the pleasure.