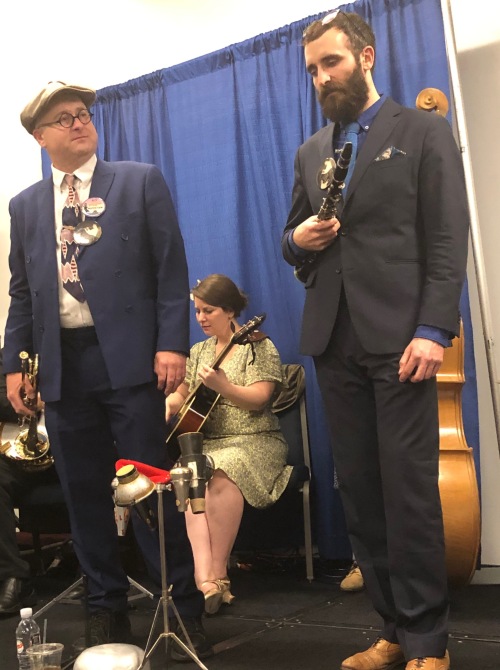 is a wonderful wiggly line, elevated by individualism and joy, expertise and passion.

I was privileged to witness and record this on March 8, 2020, at the Jazz Bash by the Bay, Monterey, California.

A postscript, and those who are tired of words on a lit screen have my encouragement to skip it and watch the video again.  The other night, I had an extended telephone conversation with a person who might have become a new friend, who chose to tell me that my emphasis on happiness was inexplicable, because it meant I was ignoring the full range of emotions.  I wish I’d thought to play that person this DIPPER MOUTH BLUES: maybe it would have made tangible some of the things I believe in.  (If art doesn’t evoke feeling, it may be splendid intellectually, but to me it seems incomplete.)  And should you wonder, the conversation is not continuing.  There!  Ruminate on that, if you like.

For now, go and PLAY THAT THING! — whatever shape it might take.  You understand that you don’t need a cornet to be joyous.