“She plays a mean castanet.” What better compliment could one receive?

Delicious hot music from the recent past.  Come closer, please. 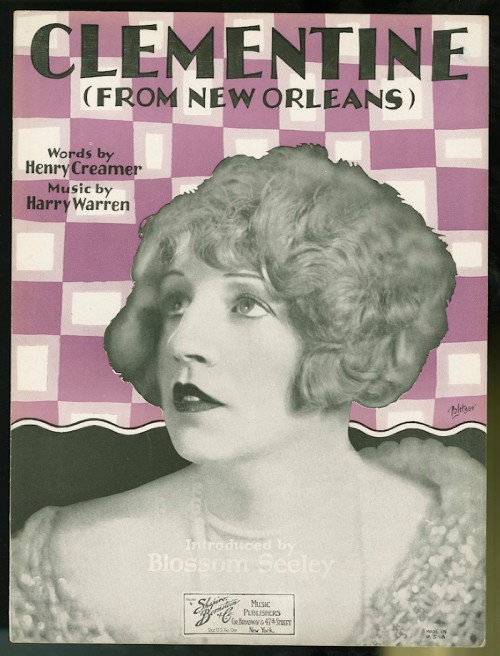 Dave Stuckey and the Hot House Gang perform this venerable song, one many of you know because of Bix and Goldkette  — verse and chorus, and lyrics — for our delight at the Redwood Coast Music Festival on May 12, 2019. The gifted co-conspirators alongside Dave are Carl Sonny Leyland, piano; Josh Collazo, drums; Wally Hersom, string bass; Nate Ketner, clarinet; Marc Caparone, cornet.

There was no Redwood Coast Music Festival in May 2020 because of certain cosmic problems you might have been aware of. However, brothers and sisters, one is planned for September 30 – October 3, 2021. We live in hope, as my mother used to say.

Because the microphone setup doesn’t always favor rapid-fire lyrics, especially from someone so animated as Dave, I reprint the words (by Henry Creamer: music by none other than Harry Warren) so you can sing along:

CHORUS:  She has those flashing eyes, / The kind that can hypnotize, / And when she rolls ’em, pal, / Just kiss your gal goodbye! / And oh, oh, oh, when she starts dancing, / She plays a mean castanet, / You won’t forget, I mean, / Down in that Creole town / Are wonderful gals around, / But none like Clementine from New Orleans! / Now, you talk about Tabasco mamas, / Lulu Belles and other charmers, / She’s the baby that made the farmers / Raise a lot of cane! / She vamped a guy named Old Bill Bailey, / In the dark she kissed him gaily, / Then he threw down his ukulele / And he prayed for rain! / Look out for Clementine, / That baby from New Orleans. / She’s only seventeen, / But what a queen, oh my! / She has two yearning lips, / But her kisses are burning pips. / They make the fellows shout, / Lay right down and die die die! / Her dancing movements / Have improvements, / She shakes a mean tambourine / Out where the grass is green. / I’ve seen asbestos dames / Who set the whole town in flames, / But none like Clementine from New Orleans!

AND “She shakes a mean tambourine”!

So, make a space on your 2021 calendar for the RCMF.  Bring your partner and the family.  But perhaps leave the castanets and tambourine at home.

And, to pass the time, Dave Stuckey has been doing a series of virtual Facebook broadcasts of songs — he sings, he plays.  Relaxing, refreshing, and my spiritual gas tank gets filled: