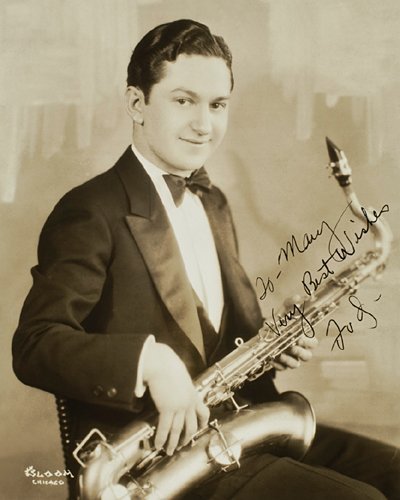 This fellow is little known except to connoisseurs of late-Twenties jazz.  He was a wonderful reedman, imaginative arranger, composer of modernistic melodies, but perhaps more people know Fud Livingston because of one mournful song: 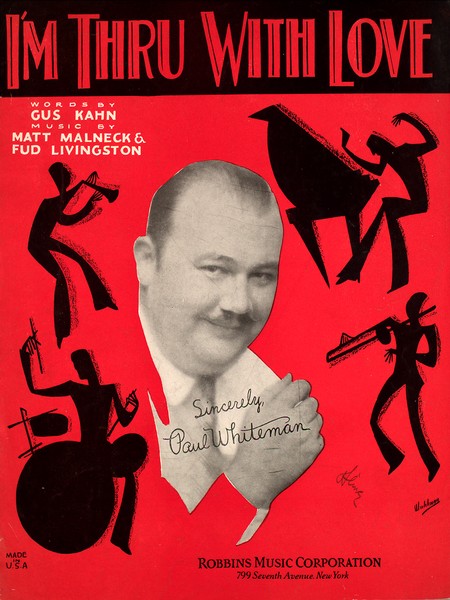 Here’s our Becky — Rebecca Kilgore to those who haven’t yet taken her to their hearts — with Dan Block, tenor saxophone; Rossano Sportiello, piano; Frank Tate, string bass; Pete Siers, drums, performing this lament at the 2011 Jazz at Chautauqua weekend:

Performances like this — consistently for several decades — are why, when someone says, “Have you heard the new singer _____?  She’s great!” I often say, “Before you launch someone at me, do you know Rebecca Kilgore’s work?”  Becky’s individual mix of delicacy and intensity here is so touching — her quiet emotional fervor, her beautiful natural-sounding phrasing and diction.  She’s it. Dan Block matches her in feeling: his vocalized sound is close to tears.  And that rhythm section: the very soul of soulful understated support.  Watching this, I feel so fortunate that I was there to witness this music and how glad I am to be able to share it with you.

A relevant postscript from our Jazz Eminence, Dan Morgenstern, who, in the late Fifties, was “in between,” and working at Colony Records in midtown New York City, the hours 7 pm to 4 AM:

A sad note: Fud Livingston, not quite sober, with a guy he wanted to show how many recordings there were of his “I’m through with Love” which I looked up for him in that big Phonolog. He was gassed that I knew who he was, or had been. Wanted to do an interview but didn’t connect…he was in twilight zone.   (This would have been before March 25, 1957, when Livingston, fifty, died.  I hope he made a good deal of money from the song’s appearance in SOME LIKE IT HOT, sung with breathless ardor by Marilyn Monroe.)

I can promise you more treasures created at Jazz at Chautauqua, although this one is singular in its art and feeling.

Posted in "Thanks A Million", Awful Sad, Bliss!, Generosities, Ideal Places, Irreplaceable, It's All True, Jazz Titans, Pay Attention!, SURPRISE!, Swing You Cats!, That Was Fun!, The Heroes Among Us, The Real Thing, The Things We Love, Wow!