SUCH A BIG BOY!

Ray Skjelbred is one of my favorite artists — his scope is too large to be confined to “pianist,” and his Cubs are a favorite band of mine.  I can’t say that the pandemic has brought an onslaught of pleasures, but the absence of real-time gigs has sent me back to my archives, and I find many unseen video-recordings of Ray and his Cubs, which it is my pleasure to share with you. 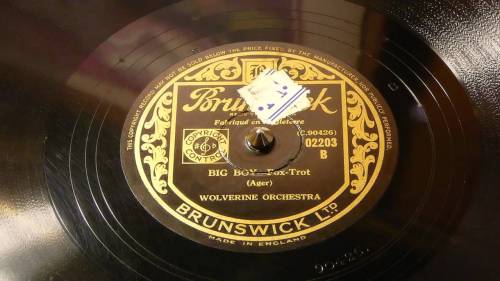 The Cubs are a winning team, although they don’t employ the usual sporting goods: rather, they create uplifting music no matter where they are or what the tempo is. This performance of a song associated with Bix Beiderbecke and the Wolverines took place during Ray’s mid-summer 2014 California tour (here, they are playing for the Napa Valley Dizieland Jazz Society). The Cubs — bless them! — are Ray, piano, occasional vocal, ethical guidance; Jeff Hamilton, drums and slyness; Clint Baker, string bass, occasional vocal, moral rectitude; Katie Cavera, rhythm guitar, occasional vocal, warmth; Kim Cusack, clarinet, occasional vocal; whimsical sagacity. If you know Claude Hopkins, you’ll get the reference to THE TRAFFIC WAS TERRIFIC, but the Cubs’ vibrations come right through.

Speaking of “big boys,” a story of dubious relevance.  Decades ago, my friend Stu (who reads this blog) and I went to lunch at a kosher delicatessen.  I was hungry and ordered a good deal of food; Stu had eaten and said to the very theatrical woman holding her pad and pencil, “I’ll just have an order of fries,” which we did as a matter of course then.  She looked aghast and said, mixing mock-horror and mock-solicitude, “Such a small portion for such a BIG BOY?” but Stu resisted the Sirens’ song.

All I will say is that this performance — by the clock — is a small portion; it would fit on a V-Disc, but it is a tableful of joy.  And there’s more to come.

Posted in "Thanks A Million", Bliss!, Generosities, It's All True, Jazz Titans, Mmmmmmmmmmmmm!, Pay Attention!, Swing You Cats!, That Was Fun!, The Heroes Among Us, The Real Thing, The Things We Love, Wow!