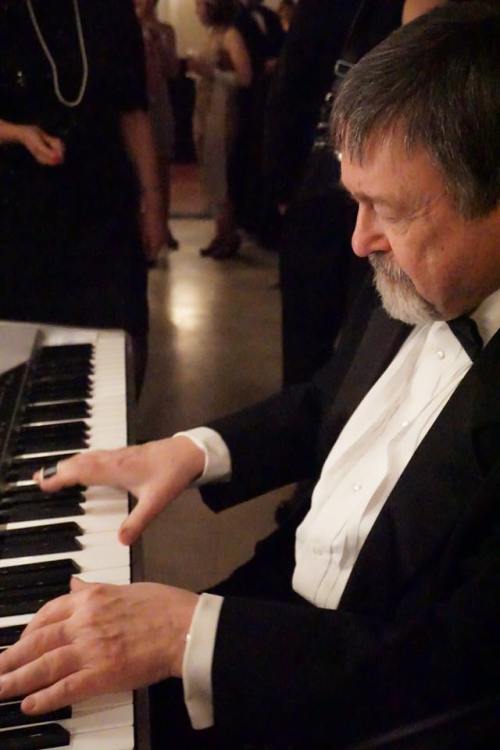 James Dapogny, 2016, photograph by Laura Wyman. The show went on even with Prof’s injured hand.

I have a theory about death that even people who love me cock an eyebrow at its “sentimentality.”  I believe that the spirit continues . . . not a radical idea, but I envision it as those who “die” simply move to another cosmic neighborhood, where they can visit us when they choose to.  It’s a fiction, of course, but it comforts me as much as any fiction can.

The thought that I won’t see the people I love again is too painful otherwise.  That I can’t email James Dapogny, make plans for an ethnic meal with him, discuss piano and music and recordings and gigs with him — or even get corrected for some grammatical error — makes me catch my breath.  In two days, I will be on my way to the Evergreen Jazz Festival, where Jim and his Chicago Jazz Band played so gloriously in July 2014.  The joy of being there and the sadness that he won’t be are simultaneous in my mind.

But he lives . . . not even “lives on” in music, and in our dear thoughts of him and his absence in the temporal realm. 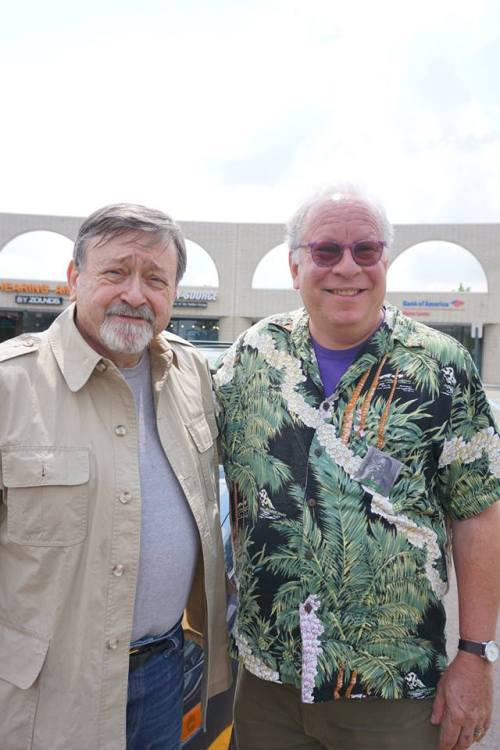 I am proud that I stood next to Jim on more than one occasion. Here, August 2016, captured by that same Laura Wyman.

Some of his finest music of his later years was captured by my and Jim’s dear friend Laura Wyman, sole proprietor of Wyman Video — pictured here at a Dawn Giblin Trio gig — Laura sitting in on flute with Jim and Mike Karoub.

HINDUSTAN, changing keys as the spirit moves everyone:

WHEN IN DOUBT, PLAY THE BLUES — a Dapogny rumination on deep things:

I’M SORRY I MADE YOU CRY:

Except for rare instances, Jim half-hid his sentimentality behind a mask of comedy, but I felt it come through several unforgettable times.  And it might be presumptuous to think of someone who’s departed reading this blogpost, but I believe that Jim knows how deeply we miss him. . . . which makes my customary closing line seem inappropriate.

Posted in "Thanks A Million", Awful Sad, Generosities, Irreplaceable, It's A Mystery, It's All True, Jazz Titans, Pay Attention!, Swing You Cats!, The Heroes Among Us, The Real Thing, The Things We Love