By any estimation, the pianist Clarence Profit (June 26, 1912 – October 22, 1944) was immensely talented and short-lived. People who heard him play live, uptown, said he was a match for Art Tatum. He was proposed as a replacement for Teddy Wilson with Benny Goodman in 1939; Profit’s sleek drumless trio may have inspired Nat Cole’s.  Although his approach was spare rather than exhibitionistic, his harmonic subtleties were remarkable for their time, and his gentle touch and elegant playing are remarkable today. 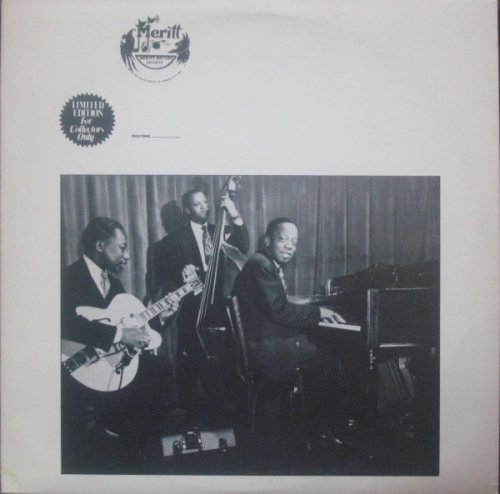 One could collect every recording he made (fewer than fifty three-minute sides, less than half of them under his own name) on two compact discs, and his recording career was exceedingly brief: dates with the Washboard Serenaders, the Washboard Rhythm Kings, and Teddy Bunn in 1930 and 1933, then Profit’s own piano trio (guitar and bass) and piano solos in 1939 and 1940. John Chilton’s WHO’S WHO OF JAZZ (1978) sums him up in a paragraph:

His father, Herman Profit, was professional pianist; his cousin was pianist Sinclair Mills. Played piano from the age of three, led own 10-piece band during his teens including Bamboo Inn, Renaissance, and the Alhambra. In 1930 and 1931 worked with Teddy Bunn in the Washboard Serenaders. In the early 1930s visited his grandparents in Antigua, remained in the West Indies for a few years, led own band in Antigua, Bermuda, etc. Returned to New York in November 1936 and began leading own successful trio at many New York clubs including George’s Tavern (1937-9), Ritz Carlton, Boston (1938), Yeah Man Club and Cafe Society (1939), Village Vanguard (1940), Kelly’s (1940-3), Performers and Music Guild Club (1942), Village Vanguard (1944). Was part-composer (with Edgar Sampson) of “Lullaby in Rhythm.”

I knew Profit’s work — solo, trio, and as a band member — for many years, but he has come back to my mind and ears because of a purchase made a few nights ago at the Haight Street Amoeba Music in San Francisco: a red-label Columbia 78 of BODY AND SOUL (take B) / I DIDN’T KNOW WHAT TIME IT WAS, both Profit solos. I was so taken with them that I had to share them with you.

Each of the two performances begins with an exposition of the theme — simple yet quietly ornamented, with a spareness that is masterful, a peaceful, almost classical approach to the melody (but with elegant, often surprising harmonic choices beneath). He is patient; he doesn’t rush; he doesn’t attempt to impress us with pianisms. His playing verges on the formal, but it is based on a serene respect for the melody rather than a tied-to-the-notes stiffness.

Then, Profit moves into a more loosely swinging approach, which superficially sounds much like Wilson’s or a pared-down Tatum, but his choices of notes, harmonies, and his use of space are all his own. (There are suggestions of Waller in the bridge of the second chorus of I DIDN’T KNOW, but it is a cerebral, yet warm version of the stride motifs Waller tossed off to amaze and delight.)

Listen for yourself. The beauties of his style will not fully appear on one listening):

I DIDN’T KNOW WHAT TIME IT WAS:

I know nothing of Profit’s early death, and can only speculate. Did he, like so many musicians of the time, succumb to tuberculosis or pneumonia?  I am not simply asking a medical question here, but a larger one: where did Clarence Profit go?  How could we lose him at such a young age? How many pianists under the age of sixty have heard these recordings? He left a void then, and it remains unfilled today.

Perhaps some readers have the Meritt Record Society issue above, or the Memoir CD devoted to Profit’s work, and can offer more information.

My own story of his elusiveness comes from this century. The parents of one of the Beloved’s New York friends had frequented Cafe Society and Fifty-Second Street.  Oh, yes, they had seen Clarence Profit — the name supplied voluntarily by the friend’s octogenarian mother — but it was so long ago she didn’t remember any details.  Like the jazz Cheshire Cat, all that remained was her smile as she said his name.

Posted in Awful Sad, Irreplaceable, It's A Mystery, Jazz Titans, Swing You Cats!, The Real Thing, The Things We Love