I am seriously out of touch with the pop culture of my generation.  Wake me at 4 AM, ask me for ten facts about Lester Young, and I can do it.  But Neil Young? Sorry.  There’s only so much space left on my internal hard drive, and if I choose to devote it to alternate takes of Sally Gooding with Teddy Wilson, go ahead and laugh.

When I received a copy of the fine Chicago bassist Joe Policastro’s new CD, below, I immediately thought that it would be related to Louis Armstrong. 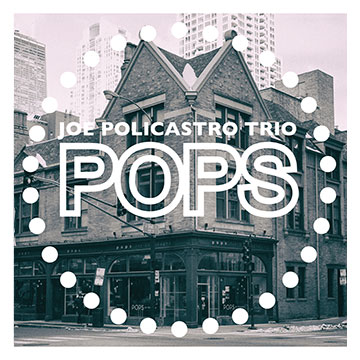 But once I started to listen, I was happy to have been wrong, since the music here is wonderful, an antidote to crabby narrowness.  Hear for yourself — the trio of Joe, the fine guitarist Dave Miller (whom I’ve admired — alongside Lena Bloch — in a variety of New York City surroundings), and the listening drummer Mikel Avery — working on the Sixties pop classic WIVES AND LOVERS here.  (I had that 45 single — by Jack Jones — in 1963 0r 4.)

Here’s Joe.  The music he creates is not as somber as this portrait: 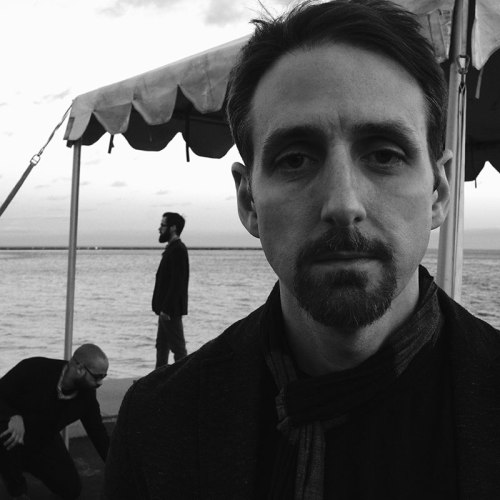 I would like to see this CD in wide circulation, because the improvisations are so delightful.  Many of us have an unshakable fondness for certain songs — whether on their own terms, or because of sentimental associations — and we often want to hear jazz musicians improvise on just those songs.  I won’t enter into the needless argument whether Strayhorn is better than Porter or whether either of them is better than “those kids” Stevie Wonder and Prince.  Truly, once we brush away our associations, a strong melody is appealing, no matter who wrote it or when.  Think of Clark Terry and friends jamming on the FLINTSTONES theme.

So I dream of being in a car with a few Official Jazz Fans whose allegiances are clearly defined — let us say early Basie, 1960 Duke, Norvo-Farlow-Mingus, and so on, and playing this CD without identifying it.  And when the quibbling breaks out from the back, “Hey, Michael, that sounds good!  Who is it?  Let me have the CD sleeve so I can stop listening closely to the music and make judgments based on my reactions to people’s names, players and composers both!  I’ve got a little conceptual box right here!” I could politely say, “Please.  Just listen to the music and tell me what you think.  Life is only a Blindfold Test for people who want to be Blindfolded.”

I think they would come to the consensus that the music was superb, as I already have.  And then we could discuss players.  “That’s Joe Policastro!  What a fine bassist he is — I’ve seen and heard him with Andy Brown and Petra van Nuis.  He sings on his instrument.  And Dave Miller, full of surprise: I admired his work with Lena Bloch some time back.  That drummer Mikel is really swinging and paying attention.  And Andy twice — Brown and Pratt.  Where can I get this disc?”

Of course, some of the imaginary jazz fans in my car might recognize a few of the pop classics.  I know they would admire the gleeful, heartfelt transformations that Joe’s trio creates.

This disc would be an absolute hit with people who knew the pop originals but were ready to say how they didn’t like jazz, couldn’t listen to it, didn’t understand what “those people” were doing up there without any music stands.

For the record, the songs are WIVES AND LOVERS (Bachrach) / HARVEST MOON (Neil Young) / CREEPIN’ (Stevie Wonder) / WAVE OF MUTILATION (The Pixies) / MORE THAN A WOMAN (Bee Gees) / PRINCE MEDLEY: CONDITION OF THE HEART and DIAMONDS AND PEARLS / ME AND MRS. JONES (Billy Paul) / US AND THEM (Pink Floyd) / TAKE IT WITH ME (Tom Waits) / DRIVE (The Cars).

This session isn’t rock-pop played by jazz people in safe ways — for old folks who don’t want to be disturbed (i.e., wedding band music for those with delicate sensibilities).  There’s a good deal of inspired exploration, guitar sounds that made me think of TWIN PEAKS, energetic percussion.  No one would snooze through this disc: it’s not the twenty-first century version of THE HOLLYRIDGE STRINGS PLAY THE BEATLES.

POPS! is engaging inventive music.  And we’ll never have too much of that.

“WHY JAZZ HAPPENED,” by MARC MYERS 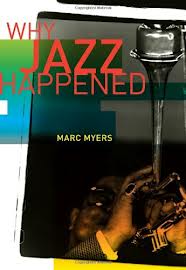 WHY JAZZ HAPPENED (University of California Press), the new book by Marc Myers, whom many know for his blog JAZZ WAX, his liner notes, his articles in The Wall Street Journal, is a great accomplishment.

I have written here before how disappointing I find much that is written about jazz — a tepid stew of theorizing, of ideological scraps, an inedible pottage of what everyone else has said.  Readers like myself long for some bracing first-hand research, new points of view that illuminate rather than divide.

WHY JAZZ HAPPENED does all the right things.  For one, it moves away from the star system: Louis begat Bird who begat Miles who begat Trane.  It leaves behind the understandable (but sometimes worn-out) historical cliches; it takes jazz beyond the sound of the recordings: too many “jazz books” sound greatly as if the writer had decided to create “reaction” papers to every track X played in chronological sequence . . . an audio diary of one’s iPod.

I knew Marc was capable of arresting writing from reading JAZZ WAX, and I also was eager to read the book-in-the-making he was creating from his candid, searching interviews with jazz players otherwise ignored.  But he has done much more than assemble a pastiche of voices telling their sweet or odd stories.  He has written a social history of jazz, measuring the effects of non-musical forces on the music.

He has chosen to examine the period 1942-72 (which he feels is the music’s “golden era of improvisation, individualism and recording freedom”) through an analytical lens that is both microscopic and panoramic.  His premise is “approaching jazz history from the outside in,” which means a clear-eyed historical reading of the factors outside the studio and the clubs that shaped the music we adore, the way we hear it, the way it developed.

Thus: the long-playing record; suburbanization in California and the G.I. Bill; the role of concert promoters and disc jockeys; ASCAP and BMI, the role of the “British Invasion”; the connections between late Sixties jazz and racial tension.  If any of this sounds like a cultural anthropologist’s work, I assure you it is far from academic (although the book’s research is beautifully documented.)

The book is consistently lively because Marc, like the best investigator, is deeply curious and not easily satisfied with the pat answers previous works have (sometimes) offered.  And his curiosity has taken him to contemporary reporting . . . but most often it has taken him to the primary sources, for which relief much thanks.

Rather than assuming what the battle over 78, 33, and 45 rpm record technologies was like, he has spoken at length to George Avakian.  Other figures who pop up to add their irreplaceable, salty or affectionate stories to this study are Dave Pell, Creed Taylor, Sonny Rollins, Rudy Van Gelder, Burt Bachrach, Lou Donaldson, Chico Hamilton, and three dozen more.

Faithful readers of Marc’s JAZZ WAX have delighted in these interviews, but one of the pleasures of this book is the beautifully organic way the material is handled: it never feels like pastiche, and the balance between fact, interpretation, and a quick-moving narrative is delightful.

My only regret is that this book begins — because of Marc’s perspective, which I would not deny him — in 1942.  I can only imagine the much larger-scale book he might have written which would have spoken of Prohibition, of the Great Northern Migration, bobbed hair, of the role of Thirties radio . . . and on.

But to his credit, WHY JAZZ HAPPENED has a true feeling for jazz as a seamless whole, so that Louis Armstrong appears alongside Joseph Jarman in the pages of the index, and the book begins and ends with a truly moving episode devoted to the Original Dixieland Jazz Band.  My hope is that other writers genuinely devoted to an accurate analysis of how and why this music happened — for the world of an art’s development is much larger than a survey of the individual musicians’ idiosyncracies and a list of record dates — will use WHY JAZZ HAPPENED as a flexible, energetic model and write their own books that look back to Marc’s.  Because he is neither didactic nor over-emphatic, I can even envision books based on his model that say, “No, these are MY ten events or forces that made jazz what it is.”

For its ingenuity, subtlety, surprises, and depth, WHY JAZZ HAPPENED deserves to be ranked along the best recent studies of jazz — Randy Sandke’s WHERE THE DARK AND THE LIGHT FOLKS MEET and Ricky Riccardi’s THE WONDERFUL WORLD OF LOUIS ARMSTRONG.

Visit here to see Marc speaking about WHY JAZZ HAPPENED in a multi-part video interview.  It won’t satiate your desire for the book.  I suggest you go here for the next logical step . . . your own copy.

Posted in "Thanks A Million", Jazz Titans, Jazz Worth Reading, Pay Attention!, Swing You Cats!, The Real Thing, The Things We Love