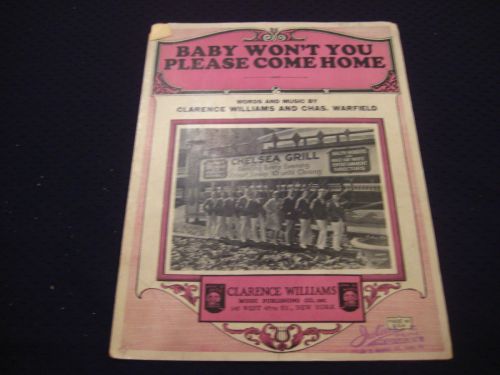 Beauty never gets old.  Here’s a nearly-ancient jazz classic made new and wistful at a serenely floating tempo, performed by the EarRegulars at The Ear Inn (326 Spring Street, Soho, New York City) on August 14, 2016.  The EarRegulars, for this particular session, are Jon-Erik Kellso, trumpet; Scott Robinson, tenor saxophone; Adam Moezinia, guitar; Rob Adkins, string bass.  And not only are the individual solos so richly personal, but this band — led by Jon-Erik — displays a true orchestral instinct, as evidenced in the hums and phrases played while Rob (eloquent Mister Adkins) is soloing.  Hear, see, and marvel:

This song, I am told, was composed in 1919 by Charles Warfield “and” Clarence Williams; the quotation marks are to suggest that Williams’ authorship is in doubt.  But enough legal prose.  I digress to write that I seem to be one of the few people — but don’t call me didactic or a grammarian — who write the title of this song with a comma after BABY and a question mark at the end.  Is their omission a matter of thrifty typography?  I don’t know.  But BABY WON’T YOU PLEASE COME HOME seems abrupt, too rushed, without the proper punctuation.  A sample label below (you can find the music on YouTube).

But the music that the EarRegulars create doesn’t need any punctuation.  The most scrupulous English professor gives it the highest grades possible. (And, speaking of professors, this one is also dedicated to the glowing scholar from Bahia.)