FOR NANCY HARROW, THE SONGS ARE ALL 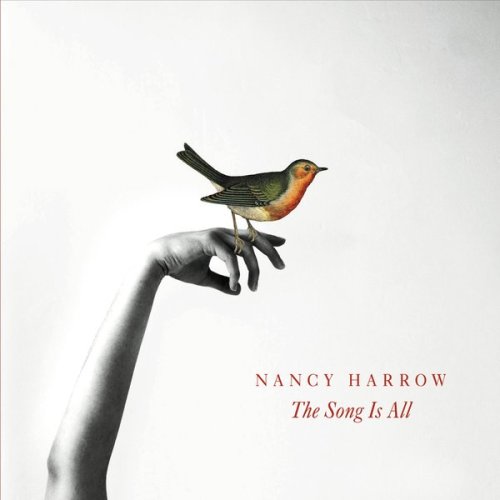 Looking back on my 2017, one of the memorable pleasures is the privilege of meeting and hearing Nancy Harrow (in the company of fellow-singers Daryl Sherman and Hilary Gardner, too).  You could call Nancy “a singer,” and then add “composer,” but she is more, an inspiring artist of great scope.  I imagine her as someone who realized, early on, what her paths were, what her purposes might be, and set off to fulfill them — as she continues to do, with warmth, perception, humor, lightness, and strength.

I’ve written about Nancy here, but I couldn’t let this year conclude without shining a light on her latest work, her 2016 CD, THE SONG IS ALL.  It’s not just that she’s recorded infrequently in this century — her preceding CD, recorded with Don Friedman in Japan, was in 2009, and even Tom Lord hasn’t noted it.  But THE SONG IS ALL shows off Nancy in all her facets and reflections.

Nat Hentoff wrote this about Nancy’s 1981 sessions with John Lewis (THE JOHN LEWIS ALBUM FOR NANCY HARROW, Finesse Records): Nancy’s style is Nancy.  There are no masks, no trickery–of sound or personality.  What impressed Buck [Clayton] and a good many others . . . was the absence of artificiality, the directness of her sound and emotion.  The presence, in sum, of someone real. . . . Nancy moves inside the lyrics, and as she tells each story there is that touch of autobiography that all lasting singers suggest.  Again, it’s real.  And that, I think, is why people who have heard her keep on wanting more.  Hearing that kind of probing of memory and imagination is infectious.  You start probing your own.

In the opening track of  THE SONG IS ALL, Nancy sings the lines, “When I was small, no friend called, I played all the parts by myself,” which beautifully characterizes what she’s been doing for years — creating literary / musical imaginings based on Willa Cather, Hawthorne, F. Scott Fitzgerald, and several “children’s books” with deep meanings for adults as well.  Nancy has written music and lyrics — songs that stand on their own as well as interludes in the plot — then performed them, an actress without artifice.  THE SONG IS ALL is thus the multi-colored, emotionally intense Nancy Harrow Repertory Company.

Here is IF I WANT TO, drawing on Nancy’s improvisations on Cather’s A LOST LADY, combining pride, tenderness, vulnerability, and self-knowledge:

Ordinarily, if you offered me a CD solely of one artist’s originals, I might look at it with skepticism, for not every musician is a successful composer, but I embrace THE SONG IS ALL because of its depth and variety of feeling — the toughtness of SELF-ESTEEM, the wry wit of PUTTING ON AIRS, the mournful recollections of MY LOST CITY, the quiet intensity of I AM TOO SHY, and more.  Many CDs pall after a half hour because of sameness, but this one moves from scene to scene with grace and power.

Another piece of music that has become part of my daily pleasure — I cannot share it with you here (it never became a CD in this country)– is Nancy’s 1981 performance of MY SHIP and her version of AS LONG AS IT’S ABOUT LOVE from the record with John Lewis, and I have had the strongest urge to get out of my chair and put my ear close to the speaker, to best hear her songful message.  I think of Whitman, “This hour I tell things in confidence, I might not tell everybody, but I will tell you.”

Her voice, so endearingly personal — vibrato-ed or vibrato-less, tender or fierce — conveys emotions and ideas that it seems only she can convey, even if the song is familiar, with many singers trying to make it their own.  And when she sings her own words and melodies, she quietly fills the room.

Here is an extraordinarily deep article on Nancy (with many of her own words and insights) by Wayne Zade, and here is Nancy’s website, a good place to read, listen, dream, and purchase CDs.

I close with the words by Chekhov — chosen by Nancy to be what someone sees having opened the cardboard sleeve of THE SONG IS ALL:

“Why are your songs so short?  Is it because you are short of breath?” the songbird was asked.  The bird replied: “I have a great many songs and I should like to sing them all.”

“When it’s true, I can move you,” Nancy sings, and she does:

Nancy Harrow and her songs are rare blessings.

Posted in "Thanks A Million", Awful Sad, Bliss!, Generosities, Irreplaceable, It's A Mystery, It's All True, Jazz Titans, Jazz Worth Reading, Pay Attention!, Swing You Cats!, The Heroes Among Us, The Real Thing, The Things We Love