SWINGIN’ IN THE RAIN: HAPPY BIRTHDAY, JIM DAPOGNY (Part One) 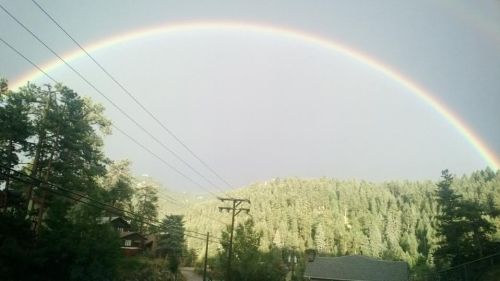 Today, James Dapogny (“Jim” to some, “Prof” to some of his devoted students) celebrates a major birthday.  I can’t remember what the number is, and I don’t quite care, but JAZZ LIVES wants to return the compliment and celebrate Jim. It is perhaps offensive to value one mortal over another, but he’s been giving us musical presents — and presence — for a good long time now, as a pianist, arranger, bandleader, scholar, researcher {Jelly Roll Morton and James P. Johnson primarily] trumpeter, valve trombonist . . . on recordings from 1975 on and in person before that.

Many people know Jim as a stomping yet subtle pianist on records and now on videos, and we cherish that.  But I’ve been privileged over the past decade to encounter him as a friend, and in that role he is someone I deeply value: under an occasionally gruff or satiric exoskeleton, there is someone wise, generous, and thoughtful, someone I am proud to know.

But back to the music.  Last year, at the Evergreen Jazz Festival, Jim brought his “A-team” Chicago Jazz Band: Pete Siers, drums; Rod McDonald, guitar; Dean Ross [a Denver native], string bass; Russ Whitman, Kim Cusack, reeds, Christopher Smith, trombone; Jon-Erik Kellso, trumpet.  They played a number of sets and I’ve posted a good deal of the music on JAZZ LIVES.  But one set was particularly dear to my heart.  Jim is a master arranger — one way he makes the hallowed music of our shared past come alive in this century — but this set was outdoors, and it was raining seriously.  As a result, no music and no music stands.  The Chicago Jazz Band wailed — on six glorious romping selections. “The way it used to was,” came to my lips then and now.

Here are the first three:

LOVE ME OR LEAVE ME (with a musical in-joke at the start and a chorus of DICKIE’S DREAM at the end):

Jim is atypically modest.  When I asked him whether he was OK with my making these videos public, he wrote back:

These show what a wonderful group of musicians this is.  I can take no credit for how well these guys play as individuals.  And here, unfettered by my jottings and scribblings, unreasonable demands and Draconian discipline, is the band as a group, just playing nice material without preparation–in a conversation in the rain.  I listen to these and gasp at the ingenuity here, laugh out loud at the fun and interaction, and realize why, every day, I lament the lack of opportunity to play more with them.  No matter whose name is on the posters, a band like this has eight de facto leaders who make things happen.

Thank you, Professor Jim, for being.  You improve our world.

I will say only that this is the band I flew to Colorado to hear and video-record in July 2014 at the Evergreen Jazz Festival.  James Dapogny’s Chicago Jazz Band.  Accept no substitutes.  Dogs bark for it.  Ask for it wherever better bands are booked.

One of the nicer aspects of the EJF was the different venues at which bands could perform — outside (alas, in the rain), in a ballroom, in a wooden lodge, and in the most delightful small church.

Here is the first half of a superb set by a superb band, all arrangements by the Professor (that’s James Dapogny).

STRIKE UP THE BAND (with the verse!):

HOW JAZZ WAS BORN (take a lesson from Fats):

IT WAS A SAD NIGHT IN HARLEM (homage to Helmy Kresa, Duke Ellington, and Barney Bigard):

This band is so special: a wondrous mix of loose-limbed ecstatic soloing, tight ensemble playing, gorgeous arrangements full of surprises.  Why they aren’t asked to every festival is beyond me, but I also wonder why PBS hasn’t picked them up, why Marvel Comics is proving so recalcitrant. . . you get the idea.  More to come.

And since, to quote Craig Ventresco, the past is yet to come, here are four more video offerings from JD and the CJB at the EJF.  ONE. TWO. THREE. FOUR.

Pianist / arranger / composer James Dapogny and trombonist Christopher Smith co-lead a hot band called PORK (ask them to explain when you get to Ann Arbor, Michigan) and my friend Laura Beth Wyman took her video camera to capture this hot band playing an Archie Bleyer arrangement of ST. LOUIS BLUES at the Zal Gaz Grotto, Ann Arbor, on December 7, 2014.

In this performance, PORK has the authentic sound of a Thirties hot dance chart down just right — nothing tense, no rushing.  And the Dapogny-plus rhythm section interlude in the middle has only one thing wrong with it: it ends too soon:

May we have some more?

Posted in "Thanks A Million", Bliss!, Generosities, Hotter Than That, Ideal Places, It's All True, Pay Attention!, Swing You Cats!, That Was Fun!, The Heroes Among Us, The Real Thing, The Things We Love, Wow!

One of my great pleasures of 2014 was the opportunity to see, hear, and admire James Dapogny’s Chicago Jazz Band — in their sets at the Evergreen Jazz Festival. I can’t think of another band playing now that so beautifully balances thoughtful arrangements and eloquent solos.

Here you can see three other mini-sets by this band at Evergreen.

Gershwin’s expression of pleasure, even without Ira’s words, ‘S’WONDERFUL:

What other song do you know that takes its name from a popular chewing tobacco?  Only COPENHAGEN:

Another favorite from the dawn of jazz, the TIN ROOF BLUES:

I think of the Boswell Sisters when I hear SENTIMENTAL GENTLEMAN FROM GEORGIA:

And the official set-closer of the Chicago Jazz Band, WASHINGTON POST MARCH:

The CJB played much more at Evergreen, so you can expect even more delights.