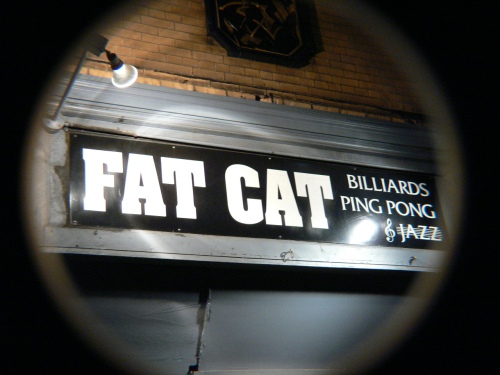 Here are some highlights from the latter half of this hot session.

A song I associate with that hilly city: setting the cordial barroom atmosphere firmly in place, SAN FRANCISCO BAY BLUES.  Terry’s vocal is confidential, but that’s part of the theatre — one doesn’t shout one’s heartbreak across the room:

Something for Bix, RHYTHM KING, with an appearance by Doctor Kellso and his patented glass medical appliance (it saves lives):

EVERYBODY LOVES MY BABY (vocal by Terry):

Hot from the oven, I AIN’T  GONNA GIVE NOBODY NONE OF MY JELLY ROLL, sung with serious charm by Evan (and hear the delightful alto sax of sitter-in Eldar Tsalikov).  Magnificent playing on this one — the power of sugar and white flour, no doubt:

RUNNIN’ WILD (with choreography, too!):

For more of the same, be sure to check the schedule at Fat Cat — where there’s interesting jazz seven afternoons and evenings a week (and admission is unbelievably inexpensive): that’s 75 Christopher Street, right off Seventh Avenue South, and very close to the subway. 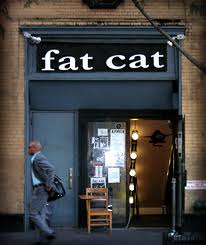 Here are the first six delights.

MANDY, MAKE UP YOUR MIND, which begins as a duet for Jim Fryer and John Gill and then takes on passengers:

AT THE JAZZ BAND BALL:

HESITATING BLUES, at a faster-than-usual tempo, with a soulful vocal by John Gill:

THE SONG IS ENDED, happily not true, sung earnestly by Jim Fryer:

Another half-dozen to come.  Look for Brian Nalepka’s up-to-the-minute announcements on Facebook for which roving masters will be with Terry on Sundays to come.  And remember — you CAN keep a good band down.  At least for two hours in the Fat Cat basement and rec room.

Posted in "Thanks A Million", Bliss!, Generosities, Hotter Than That, Jazz Titans, Pay Attention!, Swing You Cats!, That Was Fun!, The Heroes Among Us, The Real Thing, The Things We Love

I know that the magnificent drummer Daniel Glass is capable of fully engaged conversation; he eats and drinks (pistachios and more), and has a full life away from his drum kits.  But he continues to be so generous in his wise offerings that I don’t quite see how he carries on a life in addition to what he gives us.  I’ll have to ask him whether he actually sleeps . . . when I see him next.  Daniel is so often in motion that a still picture hardly does him justice, but it is a start. 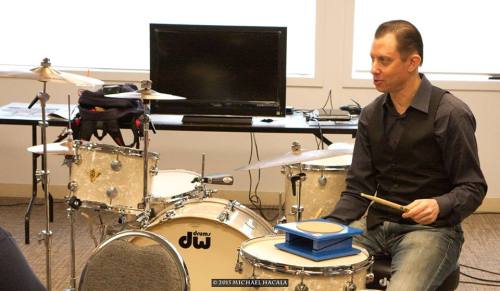 The wisecrack (so beloved by those who have never been in front of a classroom) is “Those who can’t do, teach.”  Daniel Glass is that rare creature who both does and teaches, and he accomplishes both of those ends with a light yet memorable touch.  When I call him a chameleon, I don’t of course mean it in the zoological way, but I mean it as highest praise: someone who easily and without fuss shows us generously his deep and varied talents, all of which come from a center of knowledge, the desire to inform us with gentleness and accuracy, and a splendid basis of experience — living experience, never dusty.

I should explain that I am not a drummer; my drum career was if not nasty and brutish, certainly short — because I am mentally but not physically coordinated. The high points of my percussion career have been as an observer (watching Krupa, Jo Jones, Gus Johnson, Leeman, and their modern forbears), an autograph-seeker (Jo again) and purchaser (one set of 5B parade sticks bought from Jo at Ippolito’s drum shop.

But I am someone who finds information — beautifully and clearly presented — thrilling.  And if Daniel Glass never put a stick to a drumhead, I would salute him as a splendid guide through matters percussive.  But more about that below.

I first met Daniel in the darkness of Fat Cat one Sunday when Terry Waldo’s Gotham City Band was the most admired attraction.  I’d never heard him and was properly suspicious — after all, how good could he be if I didn’t know him? — but within two choruses I realized I was in the presence of a Master, someone who played for the comfort of the band, was in the idiom but not imprisoned by it, a musician with history and innovation balanced neatly within him.

And here are all the videos from that frolicsome late-December 2015 session.

When I had my Daniel Glass Experience (the first of several) I had no knowledge of this gloriously head-spinning performance from 2009 created by Daniel — with the smallest amount of percussive equipment one can imagine) — the blessed John Reynolds, and the superb Rusty Frank:

Sidney and Jo are grinning, I am sure.

Here is a wonderful interview where Daniel explains where he came from and where he is taking us.  It’s from 2012, so some of the references to “now” are perhaps slightly out of date, but it gives a wonderful sense of who he is as a musician and scholar:

I couldn’t keep up with the articles, books, and videos that Daniel has created, but I can say a few words about his two 2-CD sets, THE CENTURY PROJECT and TRAPS.  The first would have pleased Isiah Berlin because Daniel is both hedgehog and fox: his knowledge and love and enthusiasm is both intensely focused and broad.  THE CENTURY PROJECT, on the face of it, is a history of jazz drumming from 1865 to 1965 — and it accomplishes that purpose beautifully — but it is also a quietly subversive, never didactic, history both of American music and of the contributions from other cultures.  We think of the trap set as an American creation, but Daniel opens up that perhaps narrow idea to ask where the Turkish tom-toms came from, the Chinese cymbals, temple blocks, and so on.  Never dull but splendidly researched.

Here’s Daniel explaining and beautifully demonstrating “double drumming,” which was a revelation to me — both the history and the performance:

Here’s the splendidly musical solo with which Daniel concludes THE CENTURY PROJECT — on a cousin of SING SING SING:

Oh, and did I mention there is music?  Daniel and friends (including our own Dan Barrett and Dan Levinson) move from New Orleans parade music to ragtime to early jazz onwards to swing, bebop, and beyond.  Even if you’ve never come closer to drumming than tapping impatiently on the arm of the couch in the doctor’s waiting room, these musical interludes are priceless as jazz and as history.

And here is a very brief introduction to TRAPS, the companion 2-DVD set which beautifully displays and anatomizes a century of the most gorgeous vintage drum sets:

Even I, who know little about vintage drums aside from the sound of Zutty Singleton’s cymbals in 1928 or Sidney Catlett’s hi-hat in 1944, or the way those drum sets looked in still photographs and films, found this riveting up-close history.

Daniel’s website — found here — offers a fascinating blog, podcasts (philosophical and percussive) opportunities for lessons in person and via Skype, the aforementioned books, DVDs, and more.  Clinics and gigs of all kinds — from Terry Waldo to Eydie Gorme and Marilyn Maye, from private parties to Christmas celebrations and swinging big bands.  He has much to share with us, and he offers it generously.

Posted in "Thanks A Million", Bliss!, Generosities, Hotter Than That, Jazz Titans, Pay Attention!, Swing You Cats!, That Was Fun!, The Heroes Among Us, The Real Thing, The Things We Love 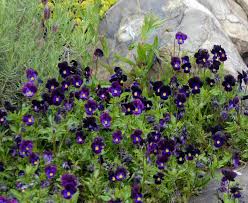 A good deal of inspiring music blossoms underground — I think of Mezzrow, and Smalls, and Fat Cat, that paradise of unusual pleasures: hot jazz, creative swing, a variety of games, soft couches from which one might never rise, and youngbloods having fun, playing games, coming in, out, and around.

APRIL SHOWERS (where Brian reminds us that Spring is always on the way):

ACE IN THE HOLE (vocal John):

All of the musicians in this edition of the Gotham City Band were well-known to me, many of them for over a decade, but the new fellow, Daniel Glass, is a stunning ensemble and solo drummer: he listens, he swings, and he has a whole peaceful arsenal of appropriate sounds.  JAZZ LIVES readers may know him better than I did, but he is someone special, and I will write more about his various enterprises in future.

Right now, I am going to think of violets descending from the sky, a lovely image.