THE MUSIC GOES ‘ROUND AND ‘ROUND (December 2012 Edition)

If you’re going to hear jazz that was recorded before 1990, you might need to be friendly with those archaic objects — phonograph records.  It isn’t essential.  Modern friends (M. Figg and others) get their daily ration of Charlie Johnson’s Paradise Orchestra through the invisible magic of digital download.  (How Sidney deParis, Ben Whitted, and Jabbo Smith feel about being mashed into an mp3 is something for the metaphysicians to explore).

But when the Beloved and I go a-thrifting, as we do regularly, she is a fine and generous spotter of records.  Often they are the most popular examples of the genre: supermarket classical, Andy Williams, easy listening, disco 12″.  But the person who passes by these stacks and heaps in a spirit of snobbery misses out on great things.  Of course, one needs reasonably flexible knees, a willingness to get mildly grubby, and perseverance . . . but sometimes the quest ends with something hotter than Mantovani.

Six dollars and tax — in two stores in Novato, California, on December 24 — was a small price to pay for these six discs. 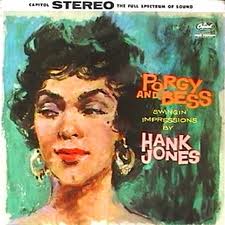 THE DIXIELAND BALL: THE L ANCERS with GEORGE CATES’ ALL STARS (Coral).  This one is a mystery.  I know that the Lancers recorded with Charlie Barnet and Les Brown; Cates arranged for some jazz-flavored sessions.  There is no personnel listed, which means that the music might be tepid, the All Stars undistinguished.  But I dream of an unacknowledged Abe Lincoln in there.  I couldn’t pass this one up — not only for its mysterious potential, but for the liner notes by Jane Bundy, which begin:

Born in sin and raised in controversy, Dixieland was the musical problem child of World War One–the rock and roll of its day.

Jane, you had me with “Born in sin.”  But enough of that.  So if you see a brightly-dressed man on his knees, reverently going through a stack of records in Northern California or elsewhere, you might be looking at me.

Posted in "Thanks A Million", Ideal Places, Irreplaceable, Swing You Cats!, That Was Fun!, The Real Thing, The Things We Love