Everyone I know, and I include myself, is slightly unhinged these days: you can name the emotions, so drastic measures are needed.  I can’t send homemade soup through the ether, so here’s another infusion of warmth and energy from the Weatherbird Jazz Band, featuring Bent Persson, trumpet and cornet; Kaj Sifvert, trombone; Tomas Ornberg, clarinet and soprano saxophone; Ulf Johansson Werre, piano, vocal; Goran Lind, string bass; Goran Eriksson, banjo and alto saxophone; Sigge Dellert, drums.

AFTER YOU’VE GONE starts in a pensive mood, and then heats up:

I hope your ROAD isn’t LONESOME:

I’ve posted other videos by another edition of the Weatherbirds here and here  — for your dining and dancing pleasure.  And Christophe from Lugano suggests that the supply is not yet depleted, so hold on tight.

Posted in "Thanks A Million", Bliss!, Generosities, Hotter Than That, It's A Mystery, It's All True, Jazz Titans, Pay Attention!, Swing You Cats!, That Was Fun!, The Heroes Among Us, The Real Thing, The Things We Love, Wow!

For the moment, it has stopped raining where I am, but skies worldwide still need to be brightened.  Music is one of the best ways I know.  Hot music.

You can read more about how these videos came to me (thanks to Kriss) and hear a wonderful WOLVERINE BLUES here.

Today, a quartet of songs / performances associated with Louis in his late Twenties cosmology.  And please listen closely to Bent, who has spent years in study and performance of the Louis Hot Choruses / Hot Breaks book from 1927: an ascending break can be heard late in NEW ORLEANS STOMP, and a whole chorus in JIMTOWN BLUES, a song Louis never recorded.  And the Weatherbirds romp . . . if birds can be said to romp!  (Perhaps another verb for jubilation?  No matter.)

SAVE IT, PRETTY MAMA, with a Hines-chorus from Ulf and an evocative vocal by Jesse, while Tomas imagines Bechet joining Louis in the OKeh studios:

WILLIE THE WEEPER — so much swing in under three minutes:

Kriss has promised me more, as these wonderful Birds fly over . . .

Posted in "Thanks A Million", Bliss!, Hotter Than That, Irreplaceable, It's A Mystery, It's All True, Jazz Titans, Pay Attention!, Swing You Cats!, That Was Fun!, The Heroes Among Us, The Real Thing, The Things We Love 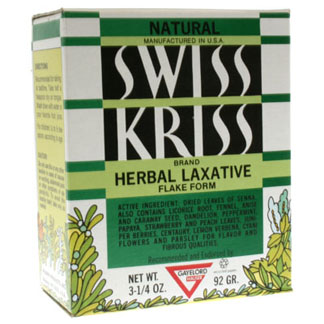 My dear jazz friend Christophe from Lugano, who happily answers to the sobriquet “Swiss Kriss” just sent me a present, a video-performance by the Weatherbird Jazz Band of Mister Morton’s WOLVERINE BLUES, which he asks that I share with you, as an antidote to isolation.  (The photograph below is from the cover of their Stomp Off Records lp, which may still be available through that company.  Inquire here.

The Weatherbirds (named for that famous Louis-Earl duet) flourished about forty years ago, but many of their members are thriving and continuing to make music — chief of them being Bent Persson, trumpet, who is also a Louis scholar making black marks on the page come alive.  You’ll hear it in his second solo chorus, which is his interpretation of a chorus Louis played that was notated in 1927 for the “Fifty Hot Choruses” folio. 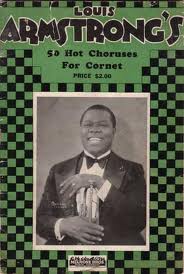 This post is also for Laura Wyman, who knows all about being a Wolverine.  And there will be more music from this terrific band to come. 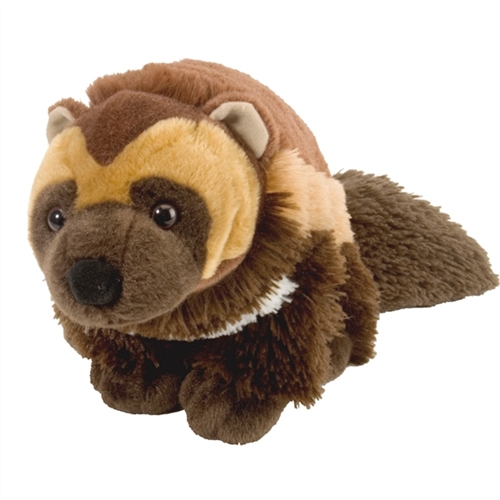 Posted in "Thanks A Million", Bliss!, Generosities, Hotter Than That, It's All True, Jazz Titans, Pay Attention!, SURPRISE!, Swing You Cats!, That Was Fun!, The Heroes Among Us, The Real Thing, The Things We Love, Wow!

IN THE MOMENT WITH THE SPIRIT OF LOUIS

Here are four delicious performances from a concert at the Aneby Konserthus in Sweden — last month, March 2015, by the JAZZ CLASSICS, honoring Louis — with the special guest Duke Heitger, trumpet; Jens ”Jesse” Lindgren, trombone; Klas Lindquist, clarinet / alto; Holger Gross, banjo, guitar; Göran Lind, dtring bass.  Recorded for us by Claes Jansson, to whom we are most grateful.

These are four songs are taken for granted as overworked within the “Dixieland” repertoire.  But three of them (I am leaving aside DOLLY as a sentimentally affecting but not terribly dense composition) are complicated, full of small twists and turns to waylay the musician who’s forgotten an interlude. They are dance-like, elegant and hot at once.

And this band — the JAZZ CLASSICS with guest Duke Heitger — does them justice.  Pay attention to the ensemble interlude in the middle of MUSKRAT, where Duke picks up his plunger mute, and admire the way everyone so neatly takes those racing turns in BARBECUE and CORNET as well.  Louis and Jelly Roll Morton didn’t get along, but these often-delicate performances make me think of “Sweet, soft, plenty rhythm” as the highest aesthetic goal.

STRUTTIN’ WITH SOME BARBECUE:

Emerson writes in Nature that everything, closely observed, is beautiful. These performances are transcendental embodiments of that.  The most overplayed song can be made fresh and lively when it’s visited again with heartfelt expertise. The lessons of Louis, of course.

There is a wonderful concert CD of this band from 2013, which goes beyond the Twenties in the most delightful fashion: Holger Gross would be happy to tell you more about it.

Thanks to Franz Hoffmann!

Flying all the way, they do HEEBIE JEEBIES — a very funny version for those who know the “original story”; a rousing CHATTANOOGA STOMP from the Creole Jazz Band book — with great Mortonish emphatic playing from the pianist; a loose and easy FOUR OR FIVE TIMES.

And thanks to Mister Strong, who lives on in this music.

Posted in "Thanks A Million", Generosities, Hotter Than That, Irreplaceable, Jazz Titans, Pay Attention!, Swing You Cats!, The Heroes Among Us, The Real Thing, The Things We Love, Wow!

HOTTER THAN THAT: KUSTBANDET PLAYS “PANAMA” (1985)

Bent Persson plays Red Allen; Jens Lindgren does Higgy.  I don’t know the reed section by name, or else I would surely credit them.  Two questions: can anyone read the autograph / inscription on Goran Lind’s bass?  It looks like a real treasure.  And it may just be my point of view, but I am astonished at how serene . . . calm . . . impassive this television audience is.  One fellow, at about 2 minutes in, to the bottom right of the frame, is fanning himself.  That reaction I understand.

I never leap to my feet and shout YEAH! because I have a video camera in my hand, but this performance made me want to do just that.

Posted in "Thanks A Million", Generosities, Hotter Than That, Irreplaceable, Jazz Titans, Pay Attention!, Swing You Cats!, The Heroes Among Us, The Real Thing, The Things We Love, Wow!

FOR THE LOVE OF LOUIS AND DOC

Louis Armstrong understandably provoked awe, admiration, protectiveness, gratitude, reverence.  And those who know his life will think without hesitation of the people who cherished him: his beloved wife Lucille, his manager Joe Glaser, his friend Jack Bradley, recently celebrated in The New York Times for his astonishing collection of sacred artifacts.

You can read the story about Jack here: http://www.nytimes.com/2008/09/29/nyregion/29satchmo.html?_r=2&ref=nyregion&oref=slogin&oref=slogin

But Gosta Hagglof, perhaps less famous, has done heroic things to keep Louis’s music alive.  Gosta is an Armstrong scholar and aficionado as well as an enterprising record producer.  On his own Ambassador label, he has created a wonderful multi-disc edition of Louis’s 1935-49 recordings, primarily for Decca, including alternate takes, airshots, and film soundtracks.  Much of this material is not only new to CD but new to everyone.  And it’s beautifully annotated and carefully speed-corrected: the ideal!  On his Kenneth label, its label imitating the Gennett company’s baroque whorls, he also made it possible for us to hear Bent Persson’s awe-inspiring recreations and imaginings of Louis’s 1927 Hot Choruses and Breaks.

With typical generosity, Gosta has just issued / re–issued a Doc Cheatham CD tribute to Louis, a gem.  It’s called THE EMINENCE, VOLUME 2: DOC CHEATHAM: “A TRIBUTE TO LOUIS ARMSTRONG,” and nothing in that title is hyperbolic.  (Kenneth Records CKS 3408) 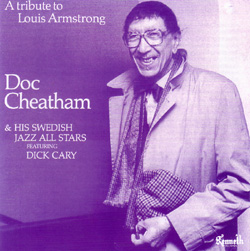 Cheatham is someone I think of as jazz’s Yeats, getting wiser and deeper and subtler as he grew older.  Brassmen have a hard time because trumpets and trombones require such focused physical energy and skill just to get from one note to another with a pleasing tone.  Doc truly did seem ageless, pulling airy solos out of nowhere, then embarking on weirdly charming vocals that mixed crooning, speech, and bits of Wallerish comedy.  He hasn’t been well represented on compact discs, and this one is a particular pleasure because his Scandinavian friends, both reverent and playful, inspire him to majestic yet casual playing and singing.  Those players, as an aside, are Gosta’s stock company — many of them playing nobly behind Maxine Sullivan in her finest late recordings (five compact discs worth!), the ambiance being somewhere between the Teddy Wilson Brunswicks and the Fifties John Hammond Vanguard sessions.

The original sessions from 1988 and 1989 also feature wonderful playing — piano and Eb alto horn — and arrangements by Dick Cary, someone who knew Louis well, having been the first pianist in the All-Stars at the irreplaceable Town Hall Concert.  (Gosta asked Cary to replicate his original piano introduction to “Save It Pretty Mama,” which Cary does here.  It is immensely touching.)  The gifted but less-known pianist Rolf Larsson shines on two songs not originally issued.  The gutty, loose trombone work of Staffan Arnberg is delightful, and the reed section — Claes Brodda, Goran Eriksson, Erik Persson, and Jan Akerman are all original, fervent players.  I heard hints and echoes of Pete Brown and Charlie Holmes, of Herschel Evans, early Hawkins and Hodges, but they have their own styles, a swinging earnestness.  The rhythm section, collectively featuring Mikael Selander, guitar; Olle Brostedt, bass, guitar; Goran Lind, bass, and Sigge Dellert, drums, rocks in a gentle, homemade, Thirties fashion.  I imagine everyone in shirtsleeves.  I especially enjoyed the hardworking lyricism of Selander, combining the great acoustic guitar styles of the period without imitating anyone: he has a Reinhardt eloquence without entrapping himself in QHCF cliches.

The sessions embraced the expected hot tunes: “Swing That Music,” “Our Monday Date,” a version of “Sweethearts on Parade” with Cary’s alto horn and Cheatham’s trumpet in jousting tandem, “I Double Dare You,” and “Jeepers Creepers,” all essayed with the looseness you would expect from expert players who love to take chances.  The Swedish All-Stars play with daredevil ease — I don’t mean high notes or technical displays — but we hear them experimenting with the possibilities of the songs and the ensembles.  The result is impromptu rather than overly polished, and I can imagine the musicians grinning triumphantly at the end of each take, as if to say, “Hey! We did it!” or the equivalent.

But the best performances here are painted in deep romantic, yearning hues.  “Confessin,” a trio performance for Doc, Selander, and Lind, is the very epitome of tenderness, as is “I’m in the Mood for Love,” complete with the rarely-heard verse.  “Save It Pretty Mama” has Cheatham at his most convincing as a singer; he pours his heart into “A Kiss To Build A Dream On,” a rueful “I Guess I’ll Get the Papers and Go Home” (the song with which he concluded his Sunday brunch performances at Sweet Basil for years), a slow “Dinah” and “Drop Me Off At Harlem,” “Sugar,” and “That’s My Home.”  We often associate Louis with bouncy numbers, with “Tiger Rag” and “Indiana,” but Cheatham draws on his awareness of Louis the romantic, early and late.

Especially in these performances, Cheatham and his young colleagues get at Louis’s huge heart — his wistfulness, hopefulness, and deep feeling, without ever overacting.  Many of these slow performances left me with a lump in my throat.  The results are music to treasure.  Visit Classic Jazz Productions (http://www.classicjazz.eu) for more details.

Posted in Jazz Titans, The Heroes Among Us