Tag Archives: IF I WERE YOU 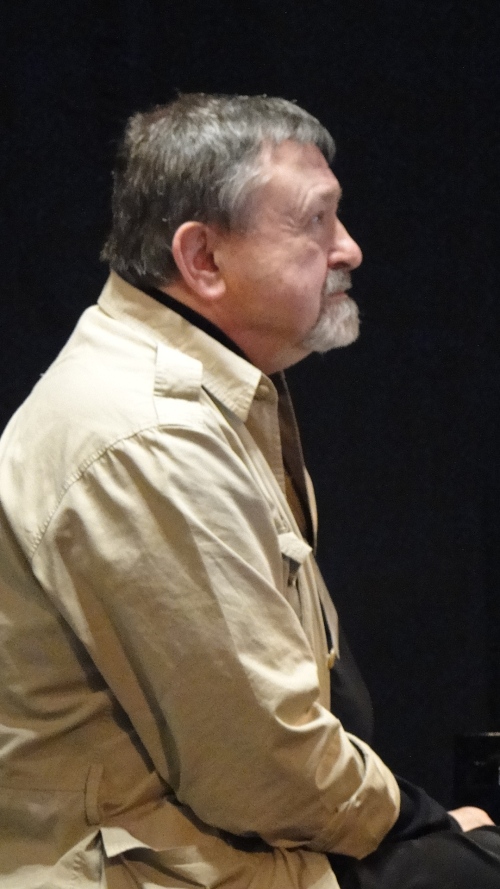 Jim Dapogny’s absence in my world is a tangible thing, as solid as any object I might stumble over or into on my path through my hours.  But his presence is even more solid: his voice, his gestures, his puckish surprising off-handed self.  And the sounds he created at the piano, a simple phrase articulated so memorably that the notes sound like a joke for us.  I bless recording equipment: imagine if Jim had been Buddy Petit, someone recalled but never heard.

At fast tempos, Jim’s playing was raucous, exact, and astonishing: here comes the band!  I knew it would take a lifetime of concentrated practice to come close to a bad imitation of what he could do, so my reaction was always, “Did you hear what he just did there?”  On a slow blues or a rhythm ballad, he created the momentary illusion: I would think, “I could do that if I really worked at it,” which of course was a delusion, but Jim was, in his own way, strolling along in the way Bing sang.  As Fats told Joe Bushkin, “It’s so easy when you know how.”

Here he is, very relaxed, at the piano at one of the short solo interludes that were a delight at the Cleveland Classic Jazz Party: the piano situated informally in a large open area, a small attentive quiet audience.  I knew I was in the presence of something and someone magical: I hope everyone felt as I did.  And do.

This video begins with the tail of Jim’s previous performance of musings on FINE AND DANDY, rather like a glimpse of a cat going in to another room.  (I hope to be able to share those musings someday.)  And what follows is playing that sounds like relaxed speech or song, but is anything but easy.  It’s a 1938 rhythm ballad, IF I WERE YOU, which Billie and others sang, and I think of it as a Brill Building song coming from a familiar phrase, as so many did.

The first sixteen bars might seem only a straight exposition of the melody, stated clearly in bright colors.  But listen to the sound, Jim’s definite but never abrupt attack, his touch, and then, as he begins to explore the bridge, even more shadings emerge. His distinctive harmonic flavorings, the elasticity of his time (the way his left hand is steadily keeping the danceable tempo while the rhythmic placements of his single notes and chords is not locked in to four-beats to the bar), the very slight grace-note dissonances that are here and gone.  There’s enough in that “straight” first chorus to keep me happy for years.

The second chorus is freer, more expansive, although the melodic thread isn’t lost in the suspensions, the hesitations between chords, the sweet emphases.  In the manner of the greatest players (think Morton, Louis, Sullivan, Hodges) Jim plays a phrase, considers it, plays a variation on that phrase, and then another, before moving on to the next idea — we see the structures being sketched in the air before the artist’s hand moves on.  In real life, as I wrote above, I would be thinking, “WHAT was that?”  Thank goodness for video: I can return, and you can too, to examine a particular aural jewel.  The bridge of the second chorus, for example — four-dimensional tap dancing.

The third chorus seems more abstract, with dancing single-note lines, but Jim tenderly returns to melodic cadences as if embracing an old friend once again.  Catch the rocking-rowboat phrase with which he ends the bridge, and the gentle tag with which the whole performance closes.

A quiet marvel, and he performed like this for more than fifty years.  How fortunate we are that we shared the planet with Professor Dapogny:

I imagine a reverent pause here.  You will have to create one for yourselves, or perhaps play this video over again.

A conversation with Jim was always animated by reminiscences of some fairly obscure comedian’s bit, a theatrical world rather than “a joke” — re-enacted at the table, over the lamb vindaloo, so here are two brief videos devoted to the remarkable Art Metrano, whom Jim delights in at the start of his performance:

Moving Art closer to current times — he is still with us, at 83:

This posting is for Jim, the complex marvel whom some of us got to know and others simply can hear, and for those of us who miss him deeply.  You know who you are.

Posted in "Thanks A Million", Awful Sad, Bliss!, Generosities, Ideal Places, Irreplaceable, It's All True, Jazz Titans, Pay Attention!, Swing You Cats!, That Was Fun!, The Heroes Among Us, The Real Thing, The Things We Love, Wow!

Refreshing evocations of Thirties New York City and of late-Twenties Chicago, with cooling iced tea to spare, at Cafe Borrone in Menlo Park, California, captured for us by RaeAnn Berry on July 19, 2019.

Cafe Borrone from the outside. 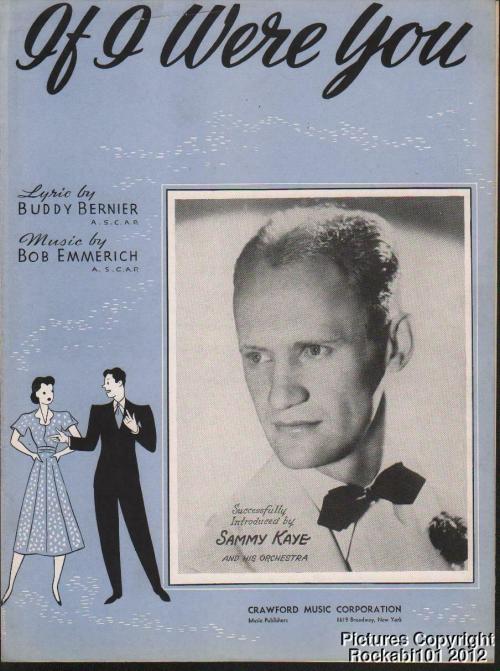 IF I WERE YOU would have been a fairly obscure 1938 song by Buddy Bernier and Robert D. Emmerich had it not been recorded by Billie Holiday, Fats Waller, Teddy Wilson (with Nan Wynn) and Hot Lips Page — more recently, by Rebecca Kilgore and Dawn Lambeth.  Bernier is not especially famous as a composer, although he wrote THE NIGHT HAS A THOUSAND EYES, but he adapted melodies from other cultures — POINCIANA and OUR LOVE perhaps the most famous, so he is responsible for rewarding pop music.  Emmerich’s lyrics are sly, clever, another example of the Brill Building genius of making memorable songs from common phrases.

Jessica sings it with sweet understated conviction, supported in the best Fifty-Second Street tradition by Clint, Jeff, and Riley (without the dark haze of smoke and the taste of watered drinks that I am told were characteristics of Swing Street):

SWEET SUE, JUST YOU moves us back a decade and east to Chicago’s South Side, with Robert Young and Bill Reinhart added — Noone, Poston, and a vocal duet.  What could be sweeter?  Victor Young just texted me to say he approves:

California dreamin’ isn’t the property of the Beach Boys, I assure you.  If you can get to Cafe Borrone while Clint and friends are playing and singing, you will drive home with a smile.