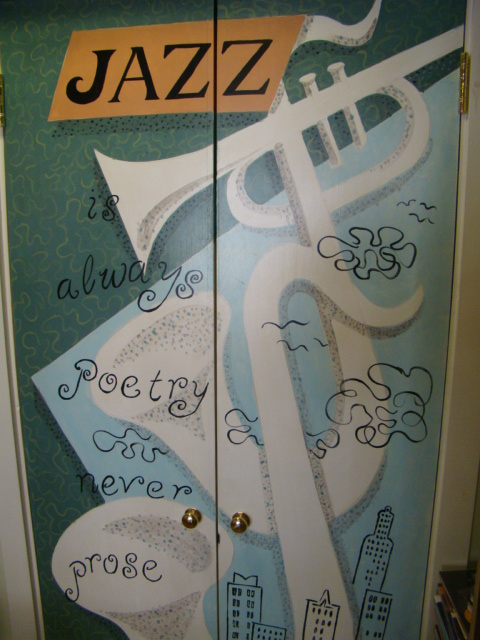 “like a pendulum do,” is the Sixties refrain that comes to mind, but I have other evidence to present here.

Our UK sojourn so far has offered many charity shops and second-hand bookshops, and a few jazz oases, potential and real.  The potential one was spotted in York: unfortunately, in the fashion of used CD shops, it didn’t open until later than we could stay, but these two photos point to its engaging possibilities: 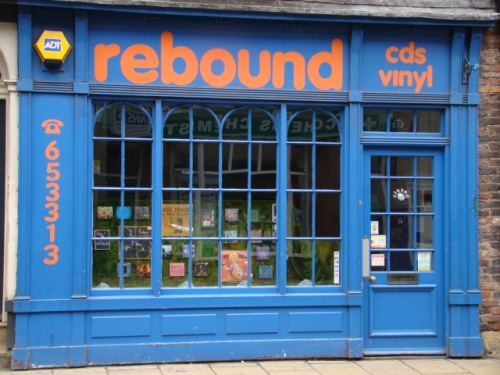 Mildly interesting from a distance . . . better when close-up: 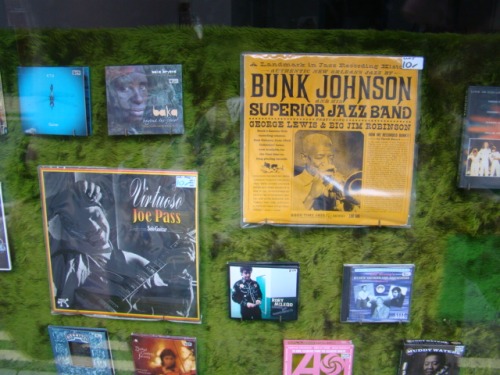 I will hasten to say that I don’t long for either of those records — but I admire and was amused by the sensibility that would put Bunk and Joe Pass center stage amidst the other musics.

I can’t say more about REBOUND because I never got inside.  But about the ALBION BEATNIK BOOKSTORE I can go on enthusiastically.

We have found Oxford just delightful — varying areas of antiquity and modernity, a wide variety of people (and dogs and cats), gardens, a canal to walk along . . . .  Down the street from us, I saw both THE LAST BOOKSHOP (devoted to two-pound remaindered books — a fine thing) and across from it, at 34 Walton Street (01865 511345) the ALBION BEATNIK.  Frankly I was skeptical: could it be a UK bookstore devoted to Kerouac, Kesey, and Burroughs? 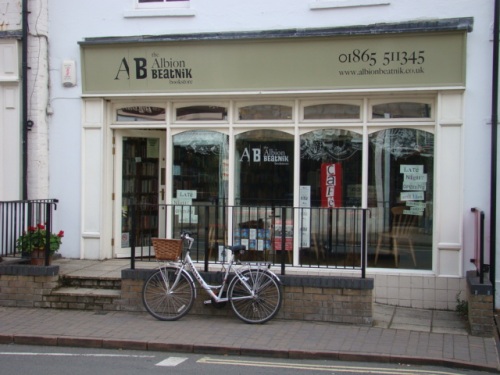 I walked in with the Beloved, who spotted this beautifully painted door (the artist is Chris Vinz, and his design consciously harks back to the Forties) which is the first picture of this posting.  That was beautiful in itself.  But those doors swung open to reveal a thrilling collection of jazz compact discs in alphabetical order, new, fairly priced: 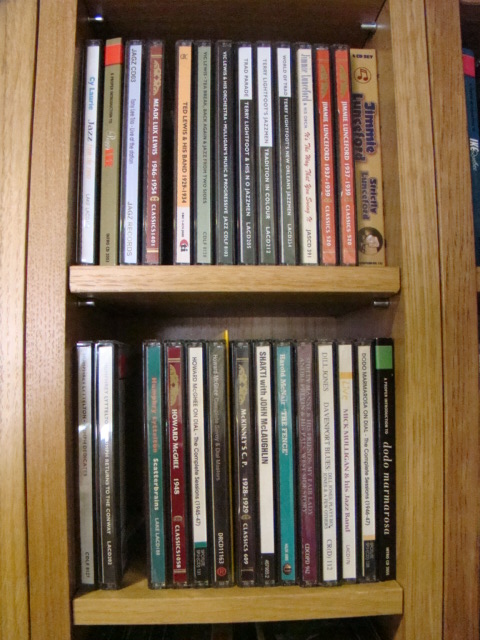 I’m afraid I began to pant and sweat at this display, and only Prudence (that restraining girl) held me back.  But I did buy three Chronological Classics discs that had otherwise eluded me: a Trummy Young, a Buck Clayton, and the last volume of the Putney Dandridge series, another Buck, a Bruce Turner — irresistible discs.  I saw a small shelf of jazz books, hemmed in by more popular tomes.  Then the very quiet man in charge, Dennis, pointed me to the rear of the store, where a bookshelf held what has to be the finest collection of jazz literature I’ve ever seen.  Not one book related to Louis, but nearly ten . . . and books I’d never heard of.  The two-volume set by Edward and Monroe Berger devoted to the life and music of Benny Carter, for another glowing example.  Only the thought of the weight of our luggage held me back, but I know that I could reach the shop in cyberspace at http://www.albionbeatnik@yahoo.co.uk whenever the need or the urge strikes.  Long may they prosper! 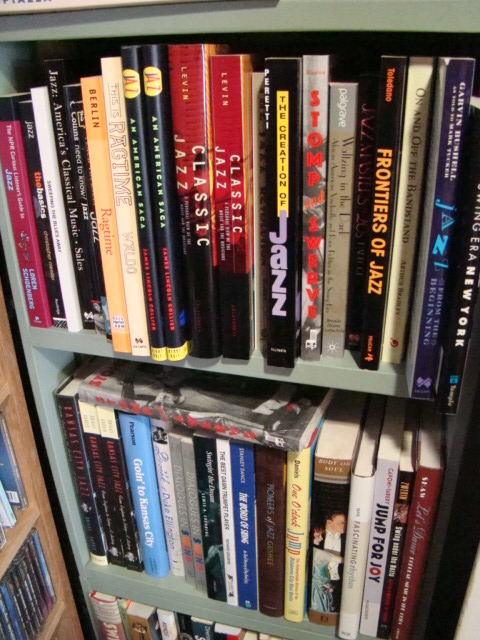 You’ll have to see for yourself.

Posted in "Thanks A Million", Ideal Places, Irreplaceable, Jazz Titans, Jazz Worth Reading, Pay Attention!, Swing You Cats!, The Heroes Among Us, The Real Thing, The Things We Love