We begin with John McCormack.  “Why?” you ask.  It’s not because of my Irish Studies connections . . . the link is musical.

Brilliance without ostentation.  And then . . . .

the even more obscure song, the 1930 SO BEATS MY HEART FOR YOU:

Finally, a film song with a solid place in the jazz repertoire:

and this wonderful breakneck performance:

The erudite among us will note associations to Art Tatum, who recorded all three songs.  Art Farmer, Bud Powell, Ivie Anderson, the Marx Brothers, Barry Harris, Lee Morse, Marty Grosz and more, have improvised on these themes.  I hope all listeners will admire the music and the 75 Club, on 75 Murray Street, New York City — close to the Chambers Street stop, with a multitude of trains.

A postscript: this post is for the energetic Maureen Murphy, a dear friend whom I first knew as a world-renowned Irish scholar (this was in 1970): she also loves jazz piano. 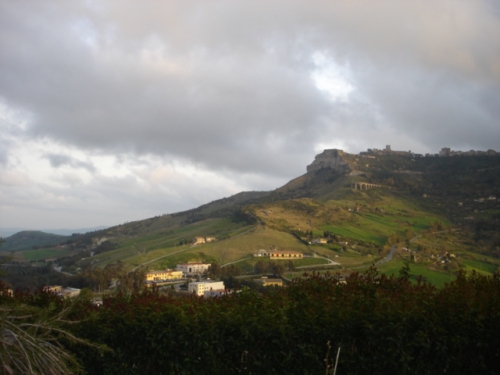 People who live for jazz recordings and performances are often surprised to find that jazz musicians need a more balanced diet — what Ruby Braff called “aesthetic vitamins.”  Coleman Hawkins listened to the “modern classical music” of his day, as did Bix, and Louis drew energy and solace from John McCormack records.  The anecdotes below are testimony from most illustrious sources.  And, since the universe seems occasionally to operate harmoniously, they came to me — independently — in the last two days.

First, from Dan Morgenstern about his hero and mine, Vic Dickenson:

When I interviewed Vic Dickenson years ago and asked him what trombone playing he had listened to in his formative years (making the point, as you will see, wrongly, that trombone playing back then (Vic b. 1906) was of the tailgate variety) he didn’t say anything but went to his small collection of records, pulled out an old 12-inch 78, and put it on. It was a beautiful version of Celeste Aida by Arthur Pryor, Sousa’s trombone soloist and assistant conductor before going out on his own, and most certainly known to Tommy Dorsey. These are the kind of things you won’t learn from most jazz history sources.

And here is a generous website featuring “recordings from the nineteenth century,” where you can hear THERE’LL COME A TIME, made in 1897, featuring Pryor, whose playing is astonishingly mobile.  Although the link probably does not work within this post, visit http://home.clara.net/rfwilmut/19thcent/19th.html.

Then, taking it one step beyond (from appreciation and immersion to actual performance), Sam Parkins testifies:

No one thinks about jazz people’s interest in classical music. Bird listening to Bartok, that awesome tale of Dave McKenna playing the Ravel Piano Concerto chilling out after a record date. “But Dave – you can’t read music -” “Yeah I know. I learned it off a record”. And a friend staying in a hotel in Chicago where Earl Hines was playing. He comes down for breakfast late; after he goes to the lobby and the door to the nightclub is ajar. Hears piano. By the bare single ‘off duty’ light Hines is working on Beethoven’s Sonata Op. 111 — the really hard one. Oh – & AL Haig only practiced Chopin.

More to come on this subject.

I took the photograph above about ten months ago.  It is my version of “where inspiration comes from.”  Anyone care to guess the country and region?

Posted in It's A Mystery, Jazz Titans, The Real Thing, The Things We Love