“MY HEART IS BEATING RAGTIME”: MAUD HIXSON and RICK CARLSON

For a minute, put aside any definitions of “jazz” and simply listen to this:

The singer is Maud Hixson; the pianist Rick Carlson.  And this new CD,  just released, is a singular pleasure.

It is a sweet-natured yet swinging tribute to a series of children’s books, the Betsy-Tacy books (thirteen volumes, published 1940-55) set in Minnesota, and following two and three young women from childhood to marriage. All the books are set at the start of the twentieth century . . . the final one in the series has a young husband going off to serve in the Great War.

Over two hundred songs are mentioned in the series — some familiar, some that will be new to all but the deepest scholars of American vernacular music.

Here are Maud and Rick in the studio, with excerpts from three songs on the CD:

What Maud and Rick have created is an hour of delicately memorable music. But it’s not simply an immersion in the Dear Departed Days.  For one thing, the songs vary splendidly from track to track.  Yes, there are hymns in praise of the glorious summertime, of the beloved one the singer hopes to wed, sweet yearnings and romantic reveries in the best World War One manner.  But there are songs celebrating automobiles and airplanes, and a good dose of vaudeville — not only Irish comedy, but comic songs depicting what we now call “family dysfunction”: husbands who attempt to deceive their wives, or who avoid work as if it were the plague, others who imbibe.  Spooning and sparking in the dark are delightfully explicated, but there’s also a woman who loves the sounds of the cello much more than she loves the cellist.

And just to keep things in balance, the CD begins with a sweetly serious spoken introduction by Maud over THE MERRY WIDOW WALTZ as background, but just when the listener might think, “Oh, this is a documentary rather than a musical presentation,” Maud and singer Maria Jette offer a completely feline-on-the-fence reading of Rossini’s THE CAT DUET . . .

Maud and Rick have learned not only the familiar choruses, but the wonderfully theatrically essential verses and sometimes second and third choruses.  Each performance is an understated but fully realized dramatic presentation, completely satisfying.  The language is innocent — the lyrics call a phony tale “Same old load of peaches,” rather than “bullshit,” but I welcome the sweetness of the demotic — since we all know what’s meant.

Before I listened closely to this disc, I expected it to be formal presentation in the manner of Joan Morris and William Bolcom.  There is much of the same devotion to the song, respect for melody and lyrics in this duet — but Maud and Rick are fully themselves, and that is a wonderful thing.  Since the accompanist sometimes is pushed into the background, a few words about Rick Carlson first. The repertoire — presumably the popular song of ancient times — might lead a lesser artist into stiffness, the polite rigidities of someone convinced that swinging was heresy.  Rick does a lovely job of blending parlor piano with the sweet elasticity of ragtime and early stride.  It’s clear that he reveres the melody and the original harmonic turns . . . but Teddy Wilson isn’t his enemy, and James P. Johnson isn’t unknown to him.  His time is lovely, his touch inspiring.  No note or phrase is stiff, and his duetting with Maud is a wonderful supportive conversation.  Hear him on SAME OLD STORY and BY THE BEAUTIFUL SEA, where his frolicking stride figures would make Dick Hyman smile.

Maud Hixson is a delicious embodiment of the idea that the greatest art is in the subtle concealment of art.  It would be very easy and quite wrong to undervalue her singing.  She’s not Sarah Vaughan; she doesn’t have a four-octave range. (“What a relief!” I think.)  What she does have is a beautiful voice — whether speaking or singing — subtly modulated, wonderful diction . . . all the things that make for singing that falls like honey on our ears.  But her delivery is so easy that we might think less of it — “I could do that!” — as people felt when singing along with Bing on the radio.  Don’t believe it.  What Maud does is a special art, rooted in the deep desire to make singer and song interwoven and inseparable. She IS the song, and the song glows as a result.

At the end of this hour of music (and I’ve listened to this disc a dozen times) I feel as if I’ve been tenderly embraced by touching, hilarious, satisfying music. Try it for yourself.  LISTENING FOR YOUR SONG is a rare delight.

Posted in "Thanks A Million", Bliss!, Generosities, Irreplaceable, It's All True, Pay Attention!, Swing You Cats!, That Was Fun!, The Heroes Among Us, The Real Thing, The Things We Love, Wow!

I know that the delightful singer Maud Hixson is not a thing, but I trust that my Corrections Officers might still be on holiday.  The title makes sense, though, because it is one of the charming songs Maud has recorded on her new CD — the title performance — a collection of songs by Michael Leonard. Here is what I wrote about that disc when it first appeared.

Maud is coming to New York City to sing those songs, and I am looking forward to a series of great pleasures.  “One night only!” as the ads used to say.  And you can tell she has great taste — not only in the songs she’s chosen, but the musicians who will be accompanying her: Warren Vache, Tex Arnold, Gene Bertoncini, and Steve LaSpina.  Come join me!

Don’t let Maud Hixson get away . . . at least not before you’ve heard her in person.

Posted in "Thanks A Million", Bliss!, Pay Attention!, Swing You Cats!, The Real Thing, The Things We Love

I don’t mean my very simple title to be taken lightly.  Many people sing.  Very few of them are singers.

Maud Hixson is one of that small group. 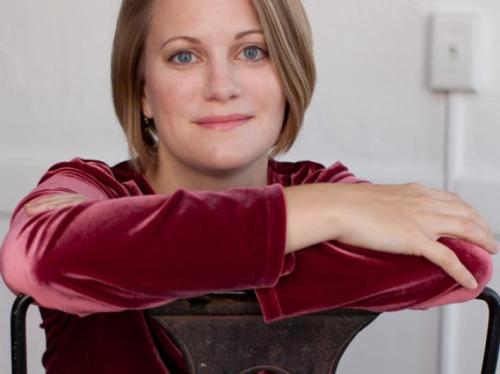 Maud is based in Minneapolis, and so she and I had only crossed paths when I was asked to review her 2007 CD, LOVE’S REFRAIN, for CADENCE.  I was won over before the end of her first chorus.

She is sincere without ostentatiously Being Sincere; her cool voice and precise diction were only the outer coverings for a great warmth, deep feelings contained below.  She is sure without being forced, quiet without being timid.  And when she approaches a lyric, we quickly know that she knows what the words mean; she isn’t using words as steps to get from one note to the next.  A Hixson song is a small, apparently casual, fully realized offering.

When I found out that she had a new CD, I was eager to hear it — and it is a delight: learn more here.  DON’T LET A GOOD THING GET AWAY is devoted to the subtle, often surprising songs of Michael “Mickey” Leonard.  Leonard might not be well-known, but we know his I’M ALL SMILES and WHY DID I CHOOSE YOU.  And he’s also collaborated with Carolyn Leigh and Marshall Baer.

If you don’t know Maud Hixson, you’re in for a delightful surprise.  Hear her float beautifully — offering music and lyrics with subtle mastery — with that wonderful small band.  If Mickey Leonard is new to you, there is another delight in store.  “Don’t let a good thing get away” is doubly apt in this case.

Posted in "Thanks A Million", Bliss!, Pay Attention!, Swing You Cats!, The Heroes Among Us, The Real Thing, The Things We Love