Some readers of JAZZ LIVES may scan this post, see that it is not brimming over with new performance videos of their favorite band, and turn to something more interesting on their phones.  I do understand: words and ideas don’t go down as smoothly as videos.  But humor me on this, if you will.

I was alive and reasonably capable in the world (I had a job, I’d earned some degrees) before I encountered a computer, and at first it was merely a hip typewriter.  Some years later, email, YouTube, social media, and so on, changed my world as they did yours.  I still marvel at the ways human behavior and decorum have been warped by the ubiquity of the internet.  This is most apparent to me in one of my chosen playgrounds, YouTube.

For a long time, the anonymity of an alias has made it possible for some people who might have gastric reflux disorder or other internal sournesses to be “critics” with high-powered scopes.  I take this personally, which is my problem, but when I post a video, it’s never by someone I think inept or amateurish.  Florence Foster Jenkins, Mrs. Miller, Jonathan and Darlene Edwards are not artists I cherish for my listening.

So when someone writes, “This sucks,” I delete the comment and lock the gate so they can’t do it again.  In the same way that if you invited me for lunch at your house, I wouldn’t say, “This food tastes like shit,” I expect people to keep their harsh estimates to themselves.  This lack of restraint encourages my reciprocation.  Someone writes of a 2008 performance, “Tempo too fast,” I may respond, “You’re so right.  I’ll go back to 2008 right now and ask them to slow it down for you.”  Childish, perhaps.  But I won’t have people I admire shat on.

I’ve given up on the possibly logical rebuttal to “The drummer is lousy,” which is, “Sir, can you tap your index finger on the desk for the length of this performance and keep good time?”  Or “Her screechy voice gets on my nerves,” which is, “When is your next concert tour?” but I think the platform from which one issues a critical judgment ought to be built on some informed experience.

Certain scornful comments have immense validity, but we must (as they say) “consider the source.”  Yank Lawson told the story of the first time he played with Sidney Bechet, wanting to impress the Master, he sailed into JAZZ ME BLUES at a dazzling tempo, and when it was through, looking to Bechet for praise, Sidney said only, “Young man, you played that song too fucking fast.” To me, those words are hard, but they are also the syllables that the Sage delivers when you’ve climbed up to the cave in the Himalayas.

But Bechet’s assessment is galaxies away from such inspired nit-picking as “She should have introduced the drummer and bassist by name instead of referring to them as ‘my friends,'” to which I nearly wrote, “Have you considered volunteering for Habitat for Humanity to put all that energy to better use?”  (I did write back and say that the two musicians had been introduced lavishly through the concert, but why I spent energy on this is mysterious even to me.)

I learned early from my mentor Sammut of Malta that what was particularly offensive about such “criticism” was its false courage — as if one could pin an anonymous note on another middle-schooler’s coat, saying what one would never have the courage to say in person.  Sammut wisely suggested to me that the rule of criticism might well be, “Would you walk up to the musician and say this to her face?”  Let that sink in.  Imagine, if you will, someone walking up to Louis at the intermission and saying, “You know, you’re supposed to be a great jazzman.  Why do you play the same solos?” but that was printed over and over.

But there’s a new wrinkle in this anonymous sociopathy which I’d like to ask you to look for, because it’s a thrilling arrogance.  I realized recently that the commenters no longer looked upon themselves as Wise Critics (DOWN BEAT staff, giving this two stars and that five) but . . . . Employers. 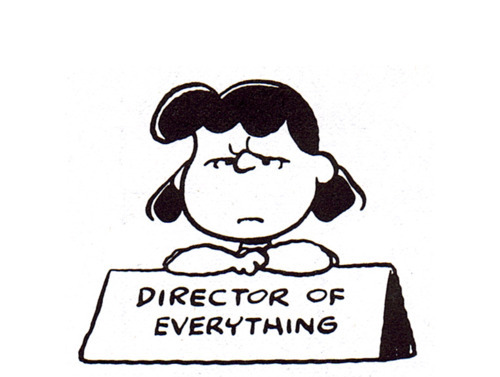 Slowly, the criticisms have edged from “I don’t like this,” to “This isn’t good,” to a more haughty disapproval, as if the waitperson had brought our salad too warm or our entree too cool.  The subtext is, “You have not delivered to me the product I wanted, so I will be unsparing in pointing out the limitations of what you have done.”  It’s also worth noting that no one pays to see free videos.

Artists are not members of a service industry.

So “The band isn’t as good as the band I think is really good,” is no longer a statement of personal displeasure but a more powerful expression of official censure, as if the listener could say, “You guys play that tempo again, and OUT with you!”  I wonder where this will go, this impulse not simply to disapprove but almost to punish.  I want to be present with my camera when a fan walks up to one of my admired musicians, stands in front of her, claps his hands to get her attention, and says, “I think that song should be played slower, and I prefer Bb to C.”  You may think I exaggerate, but the notion that the audience is the boss of the musicians is gaining ground, if the comments are any indication.  What’s next?

I entered the land of performance, whether live or in another medium, with the basic assumptions that the musicians had worked long and hard (“ten thousand hours”) to make music at something nearing a professional level.  In performance, I observe someone mis-finger a note, play a wrong chord, slow the tempo down, and I notice such things.  But I also know that I am not at the level of even making such a single mistake in a performance; I’ve been listening all my adult life, but a performance by me would have more errors than gratifications.  So I approach even imperfect performances with a modicum of admiration.  I might not like the way X band plays; it does not appeal to me; I like Y so much better . . . but I wouldn’t mock X in public from behind the paper shield of anonymity.

I can stop the video or the CD, I can leave the club or the concert hall in mid-performance, but I haven’t the right to yell at the people onstage.  And I don’t assume that the musicians exist, or play, to please me.

I went back through my collection of other people’s comments and couldn’t find really dramatic examples of this tendency, and then I realized I had deleted them.  It’s the only way I can protect the artists I admire from sneers of people who think they have the right to be mean-spirited.  Keep an eye out as you travel the byways of YouTube and other organs of public expression: you will find that what I describe here is not an over-sensitive fantasy of my own invention.

Great art outlives its critics.  The writer who called Trumbauer’s SINGIN’ THE BLUES “disappointing,” Mike Levin, who mocked Lester Young’s “cardboard tone,” are no more, but we can still listen to Tram and Pres and exult.

To paraphrase Jim in Huckleberry Finn, we don’t own the musicians.  They own themselves.  And we should bless them rather than carp at them.

Posted in Awful Sad, It's A Mystery, Jazz Worth Reading