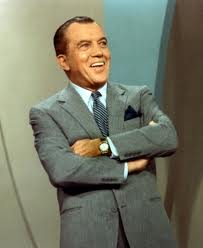 I no longer have a television set, and almost all the people on that list are now performing on The Other Side.  But there’s something that draws me even more strongly on Sunday nights at eight o’clock.  If you’ve been reading JAZZ LIVES, you might have guessed . . . . it’s The EarRegulars at The Ear Inn (or The Famous Ear) at 326 Spring Street, Soho, New York City.

July 10, 2011, at The Ear Inn was especially good — or should I say typically uplifting.  And I have a certain bittersweet exultation about that evening, which I will explain at the end of this post.

The EarRegulars that night were Jon-Erik Kellso, trumpet; Matt Munisteri, guitar; John Allred, trombone; Nicki Parrott, bass.  Old friends and a stellar group, in tune with each other — great soloists but also deeply attentive ensemble players.  I am already heroically impressed by Jon-Erik and Matt, but John’s easy range and melodic playing gets better every time I hear him, and Nicki’s speaking eloquence is ever more impressive.

I felt as if I was among friends — not only the musicians, but Jackie Kellso, Victor Villar-Hauser, John Rogers, Peter Collins, and Peter Jung . . . !

The first set was a lovely mix of “traditional” and “modern,” but I’ll let my readers decide where the boundary lines — if they still exist — can be seen.

The Ear Inn has never gone in for Lapsang Souchong or cucumber sandwiches, but we came close enough with the Jazz Age paean to romance, WHEN I TAKE MY SUGAR TO TEA:

An improvisation on I WANT TO BE HAPPY changes from 1947 or thereabouts, retitled MOVE (is it by Denzil Best?):

Two Italian ladies were celebrating a birthday at a table near the band, so PANAMA (with all its strains intact and a habanera beat) made room for HAPPY BIRTHDAY, seamlessly and hilariously:

Then, a collection of boppish lines on SWEET GEORGIA BROWN chords — DIG (by either Miles Davis or Sonny Rollins) and BRIGHT MISSISSIPPI (by Monk):

And a song I associate with Coleman Hawkins, Benny Carter, and Richard M. Sudhalter, PARDON ME, PRETTY BABY:

Then it was time for the special guests — as if the ensemble wasn’t heated, subtle, and special enough!  Chris Flory came in and took over the electric guitar, while Matt brought out his fine-toned acoustic; Nick Hempton came in on saxophone, for a Basie classic followed by more BABY songs.

I FOUND A NEW BABY:

Then, Don Redman’s wooing lament, GEE, BABY, AIN’T I GOOD TO YOU?:

Corin Stiggall took over for Nicki Parrott, and Tamar Korn had a wonderful time with the sweetly sad BLUE, TURNING GREY OVER YOU.  Catch Matt’s own version of Eddie Lang:

Nicki came back in for the last song of the night, LOVER, COME BACK TO ME:

The bittersweet pleasure of this July 10 evening is purely personal: the Beloved and I embark this week for a long stay in California, where we will meet and hear some of our friends and heroes: Marc Caparone and Dawn Lambeth, and nascent cultural critic James Arden Caparone; Rae Ann Berry, Clint Baker, Jeff and Barbara Hamilton, Katie Cavera, Hal Smith, Dan Barrett, Ralf Reynolds, John Reynolds, and I hope many more . . . as well as exploring the Golden State.  But The Ear Inn will have to wait until early September . . . anyone with a video camera want to step in?  No audition required!  Or — much simpler — go and enjoy for yourselves in my stead.

Posted in "Thanks A Million", Generosities, Ideal Places, Jazz Titans, Pay Attention!, Swing You Cats!, The Heroes Among Us, The Real Thing, The Things We Love, Wow!