Like other jazz fans and collectors, I have had many dreams of music I would like to hear, and in my lifetime many of those dreams have come true: the alternate takes of the Jones-Smith, Inc. session; airshots of the Basie band at the Randall’s Island Carnival of Swing; the Ellington Fargo concert; the Jerry Newman uptown recordings; more Louis and Big Sid, on and on. 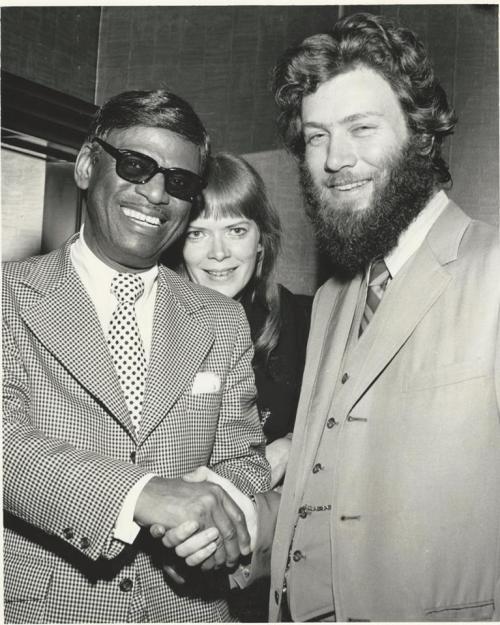 The pianist Ray Skjelbred — treasured courageous explorer of beauty — is part of this story of dreams taking lovely shape.  I heard him on recordings perhaps fifteen years ago, and I encountered him in videos perhaps eight years ago, first in those of Rae Ann Berry, then in my own attempts, having met him, to capture him with appropriate skill and reverence.

In whatever medium I found him, I was astonished by the spacious, emotionally dense worlds he invented at the keyboard.  I still am.  And although Ray allowed me to capture individual performances that he approved of, solo and in duet; Ray leading his own Cubs — I am proud of the results, but they are beautiful snapshots for the most part.  In my videos, the sound might be imperfect; the audience might be chatting or moving in and out; Ray would speak, memorably, but briefly.

I came to dream of a Skjelbred film, a recital-explanation that would help us capture his secrets and his deep essence, as much of his history and magic that he cared to reveal.  But it remained a dream until Ray’s friend John Ochs, with Ray, created a profound but never sententious portrait of Ray and the musical atmosphere he both swims in and has enriched for decades.  It exists, and it can be seen. 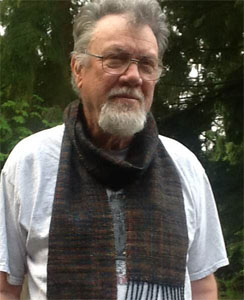 From the first pearly notes of Joe Sullivan’s GIN MILL BLUES to Ray’s reminiscences-with-music of Burt Bales, Johnny Wittwer, Earl Hines, Joe Sullivan, Art Hodes, Jess Stacy, stride piano, octaves, tenths, the blues, tremolos, a stomping LITTLE ROCK GETAWAY, anecdotes of Sullivan — among well-trained kindergarten children, or listening to Bob Zurke play GETAWAY, a  brilliantly meandering chorus of ROSETTA which reminds me of someone picking up glittering beach glass at the ocean’s edge, and a riotous BEAU KOO  JACK, and so much more — the film is a treasure.  It is both the chronicle of a questing artist and his interactions with Hines, Sullivan, Stacy, Hodes, and a series of casual lessons from a Master about other Masters.

I admire it tremendously.  Ray’s deadpan puckish humor animates all of his conversation with us, as when he describes a heart attack at the keyboard turning, for seconds, into stride piano . . .his description of a poor traditional band as “six people with shotguns.”  I encourage viewers to savor his after-midnight introduction to I FOUND A NEW BABY and the last minutes of MY LITTLE PRIDE AND JOY.

It isn’t a how-to film that entices the viewer with the kinds of promises historically made on matchbooks, “See, you can play _____ too if only you learn these sixteen gestures,” nor is it a chronological autobiography of gigs and encounters, but a warming combination of sounds, techniques, memories and music created right at the moment.  I don’t think I’ll ever forget Ray’s story of Jess Stacy’s summation of a visit from jazz acolytes, at first  unfamiliar to him, as “Those nice boys.”

The film is emotionally filling without being overwhelming: when I finished watching for the first (of several times) I felt as if I had spent a month with Ray, yet it felt like a seamless easy journey, over too soon.

Recorded in one sitting, at a fine piano, with subtle, telling editing, it is so far beyond my best videos that I am both thrilled it exists and slightly embarrassed by my own earnest amateur sallies.

I am not the only person to appreciate this film: it has been selected by the New York Jazz Film Festival and will receive an award for HISTORY / DOCUMENTARY at the end of August.

I am able to share the film with you — and frankly I would find it inexplicable if hundreds of people did not take advantage of the opportunity — but I do not know for how long this will be possible.  These things are mysterious, but Imight not be able to share this film indefinitely.

So I urge and beseech my viewers to be with Ray Skjelbred, man and artist of independent spirit, for one hour (and twenty-three minutes and fifty-eight seconds) tonight, or, if not tonight, then tomorrow night.

Early on in the film, Ray says, as if to himself, “All music is a narrative of some kind — it starts somewhere and it goes somewhere.”  He could have been describing this very fulfilling film as well.

Posted in "Thanks A Million", Bliss!, Generosities, Ideal Places, Irreplaceable, It's A Mystery, It's All True, Jazz Titans, Mmmmmmmmmmmmm!, Pay Attention!, Swing You Cats!, That Was Fun!, The Heroes Among Us, The Real Thing, The Things We Love, Wow!