HEALING VIBRATIONS: THE REYNOLDS BROTHERS and CLINT BAKER at the SACRAMENTO MUSIC FESTIVAL (May 27, 2012) 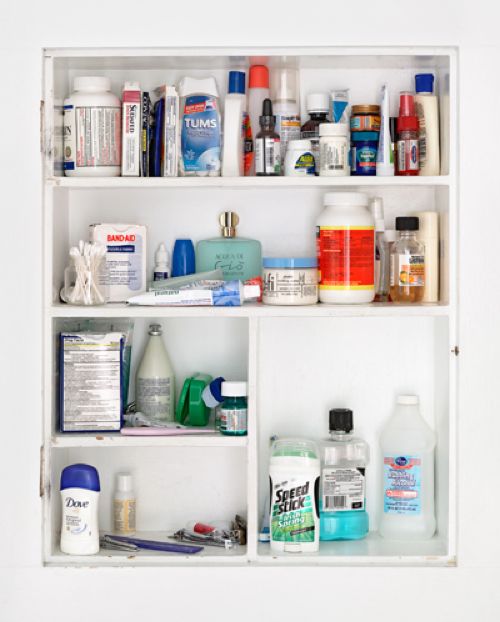 But nothing gives me the lift of a Reynolds Brothers set — and one with Clint Baker (trombone, clarinet, occasional vocal) is even more potent.  Take as directed: like homeopathy, the smallest dosage is transformative.

The RB are, as always, Ralf (washboard); John (guitar, whistling); Marc Caparone (cornet); Katie Cavera (string bass) — all four have been known to break into song when the moment is ripe.  See for yourself in this delightful long set recorded at the 2012 Sacramento Music Festival (at the Railroad Museum on May 27, 2012, for the record-keepers).

Alex Hill must have been especially willing to please when he wrote I WOULD DO ANYTHING FOR YOU, and Claude Hopkins suggested that his whole band was equally cooperative:

Sung by Bing.  Who needs more?  LOVE IS JUST AROUND THE CORNER:

THREE LITTLE WORDS (but not with the variant Turk Murphy text):

For Bix and Tram, BORNEO:

Come to Camden, New Jersey — I hear the Bennie Moten band is cooking up something good on BLUE ROOM:

Sweet and sassy, Sister Katie invites us to join her in films, with YOU OUGHTA BE IN PICTURES — and John whistles the theme so engagingly:

Mister Berlin must have liked a drop of schnapps once in a while, thus I’LL SEE YOU IN C-U-B-A — sung with spice and wit by Senorita Cavera:

From the Cotton Club Parade of 1935 (by Ted Koehler and Rube Bloom)  — I just found a copy of the original sheet music: now I’m ready to start TRUCKIN’:

A beautiful excursion into Louis Armstrong – Sammy Cahn – Saul Chaplin democrary in SHOE SHINE BOY.  That Caparone fellow didn’t study at the Waif’s Home, but he sure gets Louis:

If I could wire my refrigerator so that it played FAT AND GREASY when I opened the door, perhaps I would be back to my middle-school weight.  of course having Fats Waller sing and play it does lend a certain ironic twist.  Rockin’ in rhythm:

And the National Anthem of what Eddie Condon called “music,” Louis’ SWING THAT MUSIC:

Feeling better?  I know I am.  (And that’s not my medicine cabinet, in case you were wondering.)

Posted in "Thanks A Million", Bliss!, Generosities, Hotter Than That, Ideal Places, Irreplaceable, Jazz Titans, Pay Attention!, Swing You Cats!, That Was Fun!, The Heroes Among Us, The Real Thing, The Things We Love, Wow!

FIVE BY FIVE (Part Two): THE REYNOLDS BROTHERS and CLINT BAKER at the SACRAMENTO MUSIC FESTIVAL (May 2012)

My heroes, and that’s no stage joke.

Irving Berlin’s I’LL SEE YOU IN C-U-B-A wasn’t a stab at capitalism, but a very witty response to Prohibition.  Katie Cavera, whom I nominate for Best Swing Actress in a Motion Picture, handles the deft lyrics nimbly:

You could deconstruct THE OLD MAN OF THE MOUNTAIN as a lie in swingtime fed to the hungry and desolate unemployed (“Hey, fellas and gals, an empty stomach is what God meant you to have!” or as a sweet-natured rebuke to materialism, asking in 4 /4, “How much land does a man need?”  Either way, John sings it wonderfully:

If he struts like a king, HE’S A SON OF THE SOUTH.  He’s their delight.  He’s so polite.  One of my favorite songs, letting Louis shine through Marc Caparone:

Pretty!  DREAM A LITTLE DREAM OF ME:

Our caravan is red-hot in HINDUSTAN:

I will bet you thirteen dollars of my money (as Lester Young used to say to his JATP colleagues) that the Reynolds Brothers would go over gangbusters at a swing dance . . . or in a club . . . at a European jazz party . . . at an East Coast venue.  At present they are delighting people right and left at Disney California Adventure (as “the Ellis Island Boys”) but I want other people to have this experience.  I’m willing to share them with the world, you know.

Posted in "Thanks A Million", Bliss!, Generosities, Hotter Than That, Ideal Places, Irreplaceable, Jazz Titans, Pay Attention!, Swing You Cats!, That Was Fun!, The Heroes Among Us, The Real Thing, The Things We Love

Readers may recall my post about this Harry Woods song — the sheet music a recent eBay purchase whose cover has Bobby Hackett looking solemn.  The music itself came today (the melody is truly dumb) and I now understand Hackett’s expression, the face of a man wishing to be far from this song.

Look at me, look at you, Here we are, feeling fine, There’s no rhyme or reason to be this way.  There’s a place that I know, Where all happy people go, Wait’ll you hear them singing, You’ll laugh when you hear them say,

All night long the glasses tinkle, While outside the raindrops sprinkle,

Do you think a little drink’ll do us any harm?

I love you and you love me, The world is flat and so are we,

So do you think a little drink’ll do us any harm?

In a corner just for two, a sparkling glass before us,

With a spoon we’ll play a tune then all join in the chorus,

All night long the glasses tinkle, While outside the raindrops sprinkle,

Do you think a little drink’ll do us any harm?

Here’s the COMPOSER’S NOTE, which takes up the inside front cover.  Crucial!

To get the most out of this song, it is important to obtain the “Tinkle” effect while performing or playing this number.  It will not only brighten the distinctiveness of the song but will also prove to be highly entertaining.  Place two glasses (or liquid receptacles) on the table a few inches apart.  Tap with a glass mixer (kinfe, fork, spoon or muddler) keeping time from one to the other — one tap for each note — keeping time with the music.  This gives the “Tinkle” effect.

Did the Hackett band take up their liquid receptacles and tinkle away?  The mind reels.  This goofy song makes an ounce more sense when you realize that it dates from 1931 — intended for people drunk on bootleg liquor.  But “Poor Bobby!” is what I think.

Posted in It's A Mystery, Jazz Titans, Pay Attention!

Berlin wasn’t an anarchist; this 1920 song teasingly proposes a visit to a country where Prohibiition wasn’t law.  (Other songs looked to Montreal for rehydration.)

The performance has an easy, tango-inflected swing, helped immeasurably by Hal Smith on drums — a master chef behind his set, mixing and flavoring with his wire brushes, swinging without getting louder or faster.  I thought of Walter Johnson, among others: watch the way Hal moves!  Cornetist Schultz has a fine Spanier-Marsala passion, matched by trombonist Doug Finke, whom I associate with rousing Stomp Off CDs by his Independence Hall Jazz Band.

I recently reviewed a Fifties jazz-goes-medieval effort where the participants earnestly jammed on recorders: they should have studied Jim Rothermel, sweetly wailing away.  Thanks to Scott Anthony on banjo, who delivers the song stylishly, Chuck Stewart on tuba, and another one of my heroes, pianist Ray Skjelbred, for keeping the ship rocking but afloat.

Our travel plans for the summer have us heading north, not south — so I’ll content myself with this YouTube clip, spicy and sweet.