Rarely do recordings duplicate hearing musicians live, but when the musician we think of has passed into spirit in 1954, records are all we have. 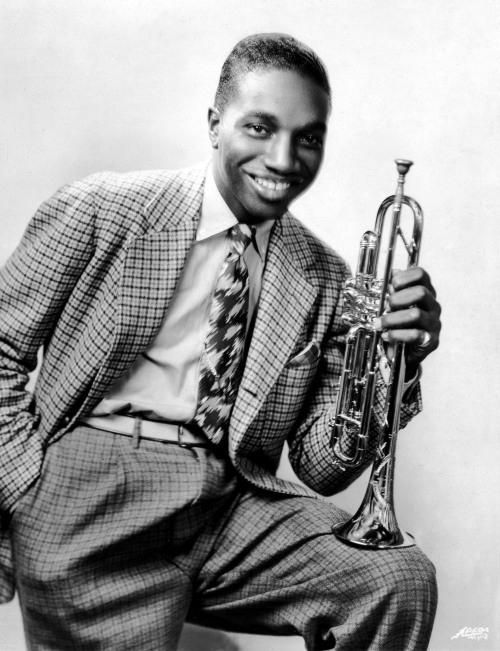 I’m speaking of the most exalted Oran Thaddeus “Hot Lips” Page, trumpet, mellophone, vocals, born in Corsicana, Texas.  On January 26 and 31, 1946, a group of musicians led by pianist / composer Pete Johnson assembled in a New York studio to make records.  Thankfully.  Someone had the idea of asking the musicians to simulate a house party, a “housewarming,” where Pete would play a solo (one record side), then musicians would be added.  They were given a few words to say at the beginning of each side — which have been edited out of almost all contemporary issues.  The collective personnel was Lips, Ben Webster, J. C. Higginbotham, Albert Nicholas, Pete Johnson, Jimmy Shirley, Al Hall, J.C. Heard.  For PAGE MR. TRUMPET, the front line is simply Page and Nicholas, a combination not otherwise on record.

Here’s what I believe is the first take (the alternate), a rocking medium blues:

And the master take, with a cleaner start from an apparently inexhaustible Lips:

And, because no scrap of Lips Page is to be ignored, here is a transfer from the original 78 that includes the opening dialogue:

If this posting has so excited you that you feel thirsty, may I suggest a bottle of this.  Lips himself took the test and the results are in: